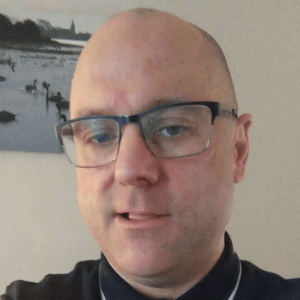 Zack Wilson is an experienced sports writer with over a decade’s worth of professional work behind him. After cutting his teeth at Goal.com, one of the world’s biggest football websites, Wilson moved into the world of rugby league, and helped take Love Rugby League to its position as one of the UK’s premier rugby league websites. Particular highlights of his career include interviewing the dual-code rugby legend Jonathan Davies, and working in the press box the first time that Scotland played Australia, at Hull, and then England, at Coventry, in rugby league internationals.

He has also interviewed rugby league stars like Kevin Sinfield, Rob Burrow and Sam Tomkins during his years as a rugby league journalist.He has also written extensively about sport and betting for a whole host of websites over the last five years. Many years ago, he also had a novel published, as well as two small collections of short fiction. Wilson’s main areas of expertise are in football and rugby league, though he also follows cricket, rugby union and cycling closely. For hobbies, he still dons the boots for a local rugby union side in his hometown of Sheffield, and closely follows the fortunes of local amateur rugby league side Sheffield Forgers, a team he helped to re-establish as an active club a couple of years back. 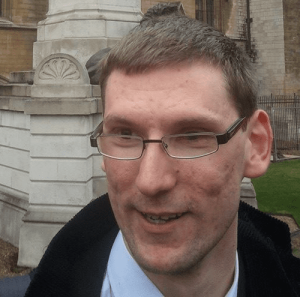 Jamie Clark was Sports Editor of Coral bookmakers between 2014 and 2017 during their merger with Labrokes and a key period for the British betting industry. Working as a bookie’s runner on the point to point circuit in the Midlands and at Market Rasen Racecourse where his late godfather had a trackside pitch growing up, he has had ties to horse racing all of his life. A regular visitor to Cheltenham during the National Hunt season and York over the summer, he has been involved in Horsebetting.com since its inception. Jamie now brings you his take on major news stories from the racing world and those all-important betting tips.

A sports fanatic, he holds a Masters degree in Web Journalism from the University of Sheffield and has reported on many Cheltenham Festivals, Grand Nationals and Flat meetings during his career to date. He has also covered World Cups in football, rugby and cricket, Grand Slam tennis tournaments, and global championships in many other sports. Away from the horses, Jamie is a long-suffering Crystal Palace supporter, enjoys snooker and athletics, and working out at his local gym. He had a fondness for stayers and mares, as well as Irish horse racing. At one time or another, he has worked with most of the major bookmakers in the UK to enhance their coverage of horse racing and many other popular sports.

Latest Sport News
England vs West Indies: Test Series Betting Preview
International Test Match cricket resumes action in the ...
Race for the Premier League Top Four: Can the Blades Make it?
Now that Liverpool have claimed the title, betting ...
Betting.co.uk speaks to Former Salford player-turned-coach Lee Addison on Super League’s Return
Super League is coming back! After months of ...
Jurgen Klopp: The Charismatic German who Brought the Magic Back to Liverpool
So Liverpool are champions again at last. It’s ...
RFU to Review Singing of ‘Sweet Low, Sweet Chariot’
The Rugby Football Union (RFU) is to take ...

Move to Top
×
Your Bonus Code:
The bonus offer was already opened in an additional window. If not, you can open it also by clicking the following link:
Go to Provider
Close
Did someone order a bonus to go?

Up to
£30
94/100
Get Bonus Bonus Code *****
T&Cs apply, 18+
New UK & Ireland customers only. Min Deposit: £10. First Deposit matched up to £30. 1x Wagering at odds of 1.75+ to unlock Free Bet. Paypal deposits only. £30 can be split however you like. Full Terms Apply. 18+ begambleaware.com T&Cs apply
Don't show this again
This website uses cookies. By using this website, you consent to the use of cookies. You can find more info in our "Privacy Policy".
Accept & Continue