The latest details on the London Spitfire esports team:

Both esports fans and British gamblers are exploring the possibilities of esports gambling, and Betting.co.uk prides itself on being able to serve its readers the most up-to-date information from the esports world.

With the recent changes to the London Spitfire esports team, many are wondering about the team, its potential, its future, and whether betting on it is a good idea or not. In this article, we’ll provide answers to all of these and more, so don’t miss it! 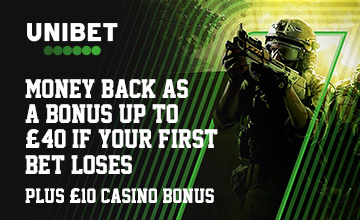 London Spitfire esports: a brief history of an Overwatch champion

Created by the renowned Cloud9 in 2017, a giant of the esport world, the London Spitfire made a name for itself as one of the most prominent Overwatch UK esports teams. Being one of the founding members of the Overwatch League, the team was consistently one of the best performing Overwatch teams.

Unfortunately, the team has hit some rough patches in the last two years, and this has resulted in a lot of turnover with the team almost completely moving away from their Korean players. This, unsurprisingly, has impacted the performance of the team considerably.

Over that time, the team’s win/lose ratio has been less than stellar — you can see how they compare to Fnatic’s esports Overwatch team. This has put into question the team’s future performance. Whether you are an Overwatch fan looking to bet on their games or an experienced esports gambler looking to learn more about London Spitfire, this Betting.co.uk review will tell you everything you need to know!

London Spitfire’s A-list: What does their roster look like?

There’s no I in team, but Overwatch teams are made of individual players, and you can’t properly assess a team’s performance if you don’t learn about each player to some level.

So, what does the London Spitfire team look like? Has the recent hiring spree been successful in attracting new talent to the team? In this section, we’ll answer these questions by going over each player and giving you a brief description.

The condition of the London Spitfire: Should I bet on the team?

If you’re an esports betting fan, the burning question you’ve been asking yourself constantly has probably been, “should I bet on London Spitfire or not?”. Sadly, there’s no straightforward way to answer that question. The esports team has some things going for it, but there are also reasons to exercise caution. You can always check out London Royal Ravens if you want an alternative.

Reasons to be optimistic about London Spitfire:

Decided to bet on London Spitfire? Keep these 3 tips in mind

London Spitfire, like Dignitas esports team, holds great promise, but there are certainly some risks as well. At Betting.co.uk, we want to make sure our readers make informed choices, which is why we’ve compiled a list of tips for those looking to bet on the London Spitfire:

Don’t let your emotions get in the way

Esports teams all have very active fanbases, and Overwatch is very exciting. It is very easy to get swept away in the heat of the moment. This leads people to make bets irrationally. To maximise your odds, you should avoid that and try to keep a clear head.

If you want to bet on the London Spitfire, it is important to introduce some empiricism into your calculations. How is the team performing in the new season? What’s their win/loss ratio? What’s the K/D ratio of their leading players?  These help you make more clear-eyed bets.

Learn about the competitors

A match is between two teams, and that means you should take equal care to understand London Spitfire’s opponent in a match. By analysing the opponent’s team, their weaknesses and strengths, you can meaningfully reduce your risks.

Conclusion: A flawed esports team with a lot of potential

During its lifetime, London Spitfire has gone from being one of the founders of the Overwatch League to losing most of its matches. But with a total reinvention of the team and new players, many are now holding hope the team returns to its former glory. Can the London Spitfire esports team achieve that? How is it coming along? We hope you’ve found some answers to these questions here.

If you’re into esports gambling, the London Spitfire is certainly an interesting team to watch out for. If you’re looking to read about other esports teams, you should check out our Vexed Gaming article as well.

❓Which are the best Overwatch League teams?

Overwatch League is one of the biggest events in esports, and each year, hundreds of thousands of fans tune in to watch the matches, so the debate over which team is best has raged on for years. If you are wondering which team is best, you should check out our Excel esports team article.

🤔What happened to London Spitfire?

Unlike actual sports teams, esports teams are usually very unstable. Quick changes to the line-up can happen in mere days, and it isn’t rare for a team to change its entire roster if it is underperforming. London Spitfire has been subject to a lot of speculation recently, and you can find out what happened by checking our article dissecting London Spitfire’s downward spiral and its recovery on Betting.co.uk.

When does an esports team stop playing? If you read our MNM Gaming article, you’ll n see how much turbulence an esports team can go through. But does that mean they’ll quit? No. As long as they have fans, a parent company willing to spend capital on them, or a venture capitalist willing to finance them, they can keep going, and if you want to learn about London Spitfire’s destiny, check our review out!

👑Which esports teams are based in London?

888 Esports Bonus
300% up to £30
T&Cs apply
9.2/10
Get the Best Deals via Mail
By providing my e-mail address, I declare that I agree that Betting.co.uk will regularly send me information by e-mail: I can revoke my consent at any time.

Esports Betting Apps
×
Your Bonus Code:
The bonus offer was already opened in an additional window. If not, you can open it also by clicking the following link:
Visit Site