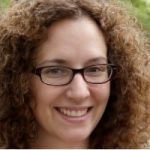 FTSE 100 travel stocks saw a surge this week amid as the UK government relaxed certain travel regulations. Last night, the government confirmed that a number of countries would be moved on to the green list from 30th June, meaning travellers won’t have to quarantine when they return home.The countries included Malta and the Balearic Islands – popular holiday destinations – as well as a number of Caribbean islands such as Antigua and Barbados.

Certain travel stocks had already seen a rise during the week in anticipation of the announcement. Among the risers, Ryanair led the way with a gain of 1.8%. TUI was up 1%, with Wizz Air shortly behind at 0.7%. IAG, parent company of British Airways, saw a 0.3% boost.

It wasn’t only British stocks that rose. On the continent, German airline Lufthansa rose by 1.3%, with Air France up 0.8%. There were further rises the morning after the announcement. Ryanair and Wizz were both trading 0.8% to 1.1% higher, although IAG was trading flat and TUI was down 0.1%.

While airline stocks rose prior to and following the announcement, the wider European stock markets also saw growth. The FTSE 100 rose 0.2% after opening, the CAC was 0.1% in France while the German DAX remained flat.

The UK’s “traffic light” travel system divides countries into red, amber and green zones. Green zones countries that UK residents are currently able to travel to without having to quarantine upon arrival back in the UK, although none of the eleven countries currently listed are popular summer hotspots.

While the movement of several popular holiday destinations onto the green list will please UK travelers, travel industry bosses have claimed the expansion is not large enough. Sean Doyle, chief executive of British Airways, said that the move will not be enough to help the covid-hit industry recover:

“We cannot afford another missed summer. There are jobs at stake, Britons separated from family members and we cannot afford to allow the success of our vaccine programme to be wasted,” he said.

Doyle wasn’t the only one to speak out. easyJet Chief Executive Garry Wilson has said that the move “simply isn’t ambitious enough” and questioned why the likes of the Canary Islands and the Greek Islands were not also added to the green list.

Will Airline Stocks Continue to Rise?

Whether airline stocks continue to see growth depends on the UK’s next developments and other countries’ reactions. While the government is believed to be preparing to allow fully vaccinated people to travel freely to amber list countries, German Chancellor Angela Merkel and French President Emmanuel Macron have called for EU countries to quarantine Brits upon arrival due to concern around the spreading Delta variant.

Despite some a late changes and a slight delay due to Covid-19 ...