You wouldn’t want to find yourself across the Octagon from these stars of the beautiful game. 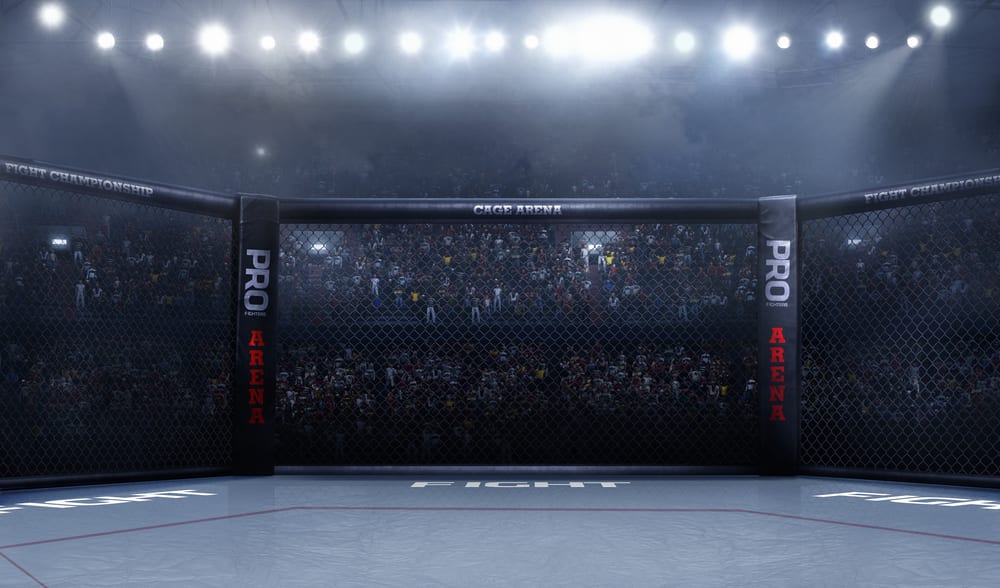 Perhaps the finest ever example of a player who utilised the freakish flexibility and dynamic dexterity developed through martial arts training to their benefit on the football field, Zlatan Ibrahimovic has carved out a legendary career, collecting silverware across some of the world’s top leagues.

One only needs to browse his many highlight reels on YouTube to notice Zlatan’s black belt in taekwondo in full effect. The 6ft 5 Swede has attributed many of his unorthodox strikes to his days in the dojo as a youth.

When trying to compile a list of players that would strike fear in the heart of an opponent in the UFC Octagon, Argentinian legend Diego Maradona probably wouldn’t feature too highly on most people’s lists.

While his small stature may not inspire confidence as a combatant, unlike many of his contemporaries on this list Maradona does have a proven track record, landing a flying knee KO that Jorge Masvidal would be proud of during clashes in a game against Athletico Bilbao in 1984.

Of all the skills a fighter can develop through a mix of dedication and a rigorous training regimen, it is often said that knockout power is not one of them.

Which is lucky, because Burnley defender Phil Bardsley has already demonstrated an ability to put an opponent to sleep.

While engaging in a friendly sparring session with former Manchester United teammate Wayne Rooney, a leaked video showed Bardsley landing a stiff jab that left the Derby manager looking up at the (kitchen) lights.

A stalwart of the French national team that dominated world football around the turn of the millennium, Bixente Lizarazu did not fully demonstrate his combat sports potential until after hanging up his boots in 2006.

Unlike many ex-footballers who retire to their untold riches, Lizarazu fancied a new challenge after his playing days were over and began training in Brazilian Jiu-Jitsu. A natural athlete, the former full-back immediately found success in his new sport, winning gold at Blue Belt level in the 2009 IBJJF European Championships.

Perhaps a slightly controversial choice, particularly given that he spent a decent portion of his playing career alongside notorious football hard-man Vinnie Jones, Crazy Gang alumni John Fashanu more than earns his spot on this list for his black belt in Karate, and willingness to scrap a teammate who got on his bad side.

I mean sure, a background in a traditional martial art might not be quite enough to go from terrorising full-backs to being a bonafide threat in the Octagon, but if stories of Fash’s training ground bust-ups are to be believed, the former England international may have found success in MMA.

If there’s a single position on the football field that you could draw the most parallels to with MMA, it has to be that of the Goalkeeper.

Much like a professional fighter, ‘keepers are expected to fulfil their most significant professional duties alone, and a momentary lapse of concentration can prove to be the difference between victory and defeat.

So, when it comes to nominating a goalkeeper for this list, there are few more qualified candidates than Man City legend Bert Trautmann. In the 1956 FA Cup Final, Trautmann displayed inhuman levels of toughness by playing a full 90 minutes despite suffering from a broken neck mid-game.

One of the most technically gifted and dependable midfielders of his generation, Roy Keane was the centrepiece of a Manchester United side that went on an unprecedented run of dominance during the late ‘90s and early ‘00s.

But for all the footballing talents Keane possessed, for many his lasting legacy on the pitch comes from his grit, passion, and never-say-die attitude.

This, combined with an undefeated amateur boxing record as a junior, show a young Keane may have superseded Conor McGregor as the first Irish UFC champion had he gone down a different career path.

Okay, so this one could be considered cheating, but when it comes to an ex-football pro who could realistically make a successful switch to mixed martial arts, multi-weight world champion, and Olympic gold medal winning-boxer Katie Taylor deserves a mention.

Though she is best known for her exploits in the squared circle, Taylor was a decorated footballer in her youth, even earning 11 caps for the Republic of Ireland women’s national team.

With SBG Ireland head coach John Kavanagh stating in an interview that Taylor has shown an interest in potentially switching the ring for a cage, don’t be surprised if we hear Bruce Buffer calling her name in the UFC one day.

Though his antics on the pitch may not embody the whole ‘art’ aspect of mixed martial arts, Portuguese defender Pepe would more than make up for his technical shortcomings in the cage with pure unrefined sh*thousery.

With a winning mentality through his years playing against Europe’s elite clubs, combined with a healthy dose of athleticism, and a predilection for landing heavy elbows when the opportunity presents itself, with the right training Pepe could have become a force to be reckoned with in MMA.

If looks could kill legendary Dutch defender Jaap Stam might have already found his way into the UFC Hall of Fame on intimidation factor alone.

As one of the European powerhouses in MMA, The Netherlands has produced world-title winning talents such as Bas Rutten, Alistair Overeem, and Gegard Mousasi, and with the right training and guidance, Stam could have found similar success.

Although, with three Premier League medals, and two UEFA Club Best Defender of the Year awards to his name, I doubt Stam will lose too much sleep about never realising his potential as a fighter.

Casumo Bonus
100% up to £20
T&Cs apply
9.4/10
Go to Sports Betting Bonus Comparison
Get the Best Deals via Mail
By providing my e-mail address, I declare that I agree that Betting.co.uk will regularly send me information by e-mail: I can revoke my consent at any time.