The firebrand star has never been one to shy away from the spotlight, but not always for the right reasons. 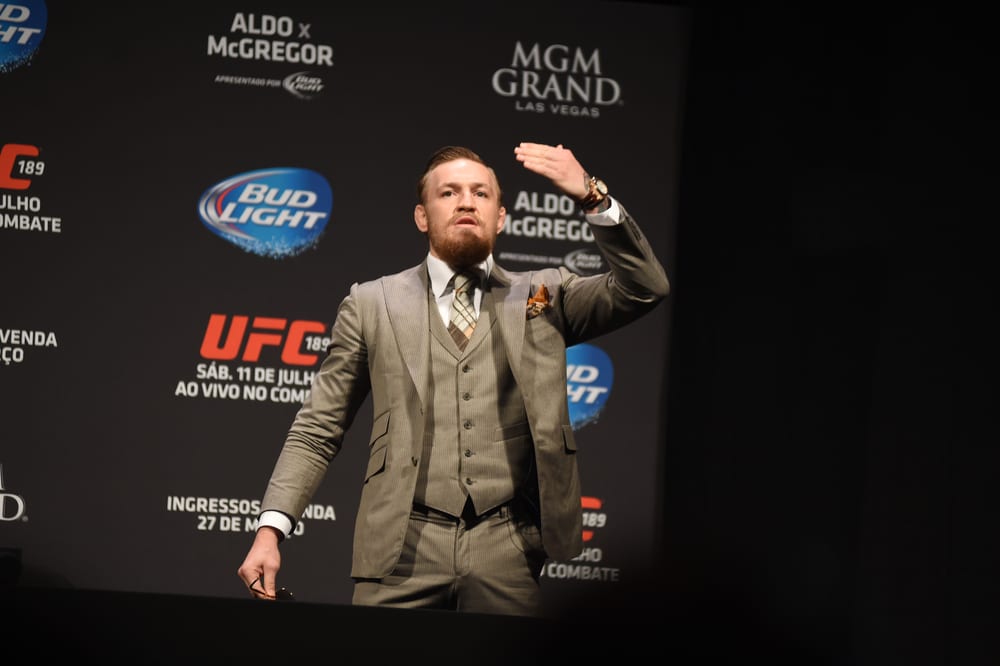 After Nate Diaz stepped in on short notice to pull off one of the most shocking MMA results of the 2010s by submitting the surging McGregor in the second round at UFC 196, the sport had found its all-time greatest rivalries through pure coincidence.

Following the defeat, McGregor was determined to run it back with the Stockton native, and the UFC announced that the rematch would serve as the headliner for the historic UFC 200 pay-per-view.

Unfortunately, however, the rematch would not take place on the UFC 200 card as scheduled. McGregor failed to attend a press conference set up by the promotion, and as a result, was axed from the event.

Luckily for fight fans everywhere, the pair would meet again in the Octagon just months later, with McGregor emerging victorious in an all-time classic in the main event of UFC 202.

Though it may seem like an eternity ago today, the rise of Conor McGregor as a contender in the UFC’s featherweight division is undoubtedly one of the most impressive in the history of the organisation.

Throughout his early UFC run, Conor racked a series of highlight-reel finishes, but what made it even more impressive was the level of his competition was seemingly increasing with every fight.

Well, until he fought Dennis Siver.

Siver was undoubtedly a UFC veteran when the two faced off in 2015, but it is fair to say that, unlike Conor’s other UFC opponents, the former welterweight was already on the downturn of his career.

So, how do you hype a fight with a man that most fans see as little more than an exhibition?

… I’m not sure, and it appears that McGregor wasn’t either. Instead of his usual acerbic wit, the Notorious went for a bottom of the barrel insult by referring to his German opponent as a Nazi on Twitter.

Conor later issued a semi-apology for the remark, which remains on his Twitter to this day:

McGregor’s loyalty to his teammates fighting out of John Kavanagh’s SBG Ireland gym is well documented. Whilst coaching on season 22 of The Ultimate Fighter, the Irishman repeatedly used his sway to ensure that his teammate Artem Lobov finally got the opportunity to test his skills in the UFC.

Of course, on the opposite side of the spectrum, there are some clear examples of Conor going too far with his loyalty.

One of the more glaring examples of this was when he climbed into the cage following a fight during a Bellator event to celebrate with teammate Charlie Ward.

Now, this would normally be pretty innocuous as part of post-fight festivities, but the problem was Conor decided to scale the cage while the fight was still technically underway.

A confrontation between McGregor and referee Marc Goddard ensued, and he later slapped a commission official who was trying to get him to leave the cage.

If you follow Conor on any social media, you will probably already be well acquainted with the Irishman’s Proper Twelve Whisky brand.

Launched in 2018, Proper Twelve quickly became one of the focal points of McGregor’s marketing output, both in the press conferences in the lead up to his fight with Khabib Nurmagomedov and across his social media platforms.

However, Conor was apparently also partial to other forms of viral marketing, as in 2019 a video emerged of the Irishman punching a man in a pub in Dublin after the man allegedly repeatedly refused a shot of the whiskey.

Not to take away from the controversy, but credit where credit is due, the guy took a McGregor left hand and seemingly managed to continue going about his day without seemingly being disturbed whatsoever.

It is probably fair to say that the Irishman’s entire feud with recently retired former UFC Lightweight Champion Khabib Nurmagomedov could be deserving of a place on this list. After all, you only need to watch the pair’s media engagements leading up to the fight to realise Conor had a completely different level of vitriol in his remarks when speaking about the Daghestani.

A war of words so passionate was always likely to boil over, but few could have expected how McGregor would take it to the next level before Nurmagomeov’s first title fight at UFC 223.

After footage emerged of Nurmagomedov and several members of his team accosting McGregor’s teammate and close friend Artem Lobov at the fighter’s hotel prior to the event, the Notorious one vowed revenge.

Just a day later, as the UFC 223 fighters were being taken away on a bus following a media day, McGregor and a group of more than 20 others emerged seemingly out of nowhere and began attacking the vehicles, injuring a number of fighters in the process

McGregor would later be arrested for his involvement in the incident that UFC President Dana White called: “the most disgusting thing that has ever happened in the history of the (UFC)”.