All change at Daisy Hill under new boss Leighton Mills 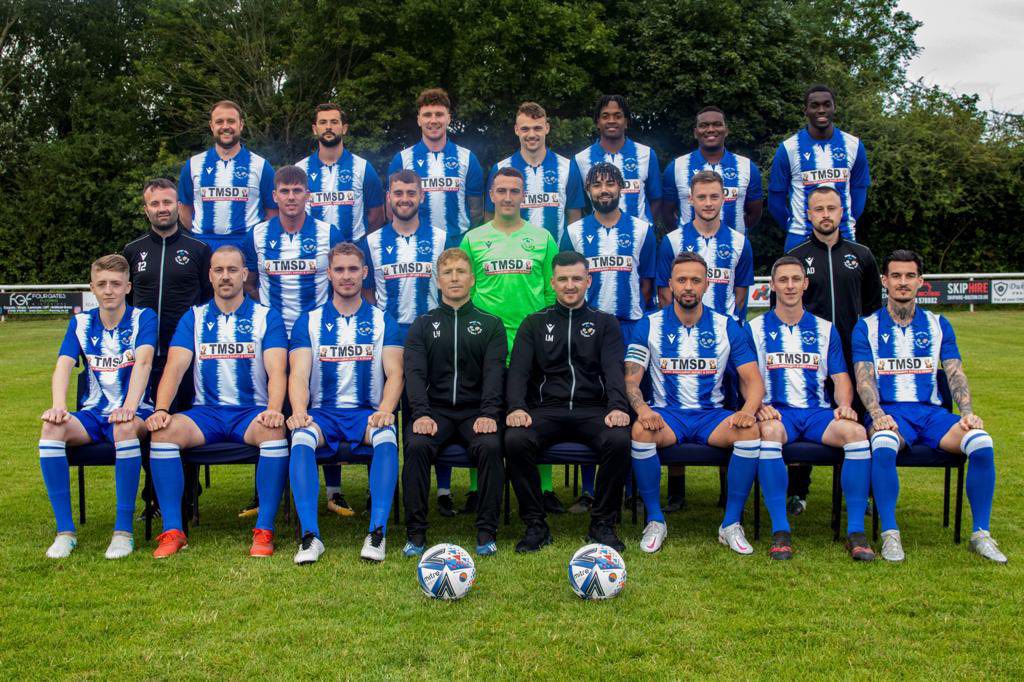 Photo provided by the club

Mills stepped up from first team coach to the top job in the summer aged just 28 after a series of injuries badly affected his playing career.

The Westhoughton-based club, who often fly under the radar even in non-league circles,  have struggled in recent years and were reprieved from relegation in the last complete season in 2019.

The manager has moved quickly to install another ex-Daisy player in Lee Hill as assistant manager, and Blackburn Rovers’ Ashley Duckworth has joined as head coach.

“I’ve always thought I could take Daisy Hill somewhere. My injuries were starting to affect my daily life, and the opportunity came up at a time where I was looking to gain experience in coaching.  It’s something I originally wanted in maybe five years' time, but the club doesn’t get rid of managers every season. I love non-league football so I decided to jump in and learn on the job. I’ve reached out to experienced managers for advice and there’s no shame in that.

“When I got the job I started to bring more professionalism into the training sessions. Lee helped bring structure and mentality thanks to his time in the army. Daisy Hill have always been a bit-part club in the NWC, there’s never been any ambition to compete. In the short amount of time I’ve been manager, I feel that I’ve turned the club on its head,” he said.

It’s fair to say that the club have made an underwhelming start to the season results wise, picking up just one point from their first three games.

However, what results don’t tell you is that Mills has brought in 16 new players, with half of them signing on with less than two weeks before the season started.

Success rarely comes overnight and it will naturally take a squad time to come together.

Add to that injuries to two goalkeepers, which led to fielding an outfield player in goal at 15 minutes notice and the reasons for the slow start become clearer.

“The main focus now has to be getting results.  It’s a gelling process. They’re still getting used to the new philosophy and how things work. There’s good energy in the camp and I have to trust the process.  I’ve made quality signings for this level. Bringing in the likes of Jordan Cover, Connor Hughes and Glenn Matthews puts pressure on me as a manager because people are now expecting us to do well straight away and talking about us as a playoffs team.

“I still don’t know my best 16. It’s trial and error. I’m trying to give game time to players to work out where they fit in the squad,” he said.

Injury to first-choice keeper Connor Stone in the opening day defeat to Chadderton saw Hill finish the last 15 minutes a man down, and disaster struck in the warm-up in the next game at Pilkington with another injury to the reserve keeper.

Jake O’Brien was the unfortunate outfield player chosen to deputise, and Mills’ shellshocked team found themselves 3-1 down after only six minutes.  Hughes scored the side’s first goal of the campaign, with Cover netting a goal either side of the break to secure a hard-earned point.

“We’ve had no luck with keepers. The whole game plan went out of the window at Pilkington. I had to put Jake in goal, he probably wasn’t coming on in normal circumstances so it’s fair that he went in net. Pilkington sniffed blood and took advantage of that. We showed great character to get back into the game, and that goal before half time changed my team talk. If anyone was going to win it late on, it was us. It was a great result,” he said.

Further disruption between the sticks as Mills was forced to draft in Dean Williams for Saturday’s defeat to Garstang, who hadn’t played for two years following a death in Stone’s family which understandably ruled him out.

Daisy Hill’s next game is a trip to AFC Darwen, who have also struggled to get going with one win and two defeats so far.

An opening day victory over South Liverpool was followed by a heavy defeat at Chadderton and an away loss at Holker Old Boys.

Mills believes it’s a crucial game for both sides even at this early stage of the season.

“There’s no disputing that both teams need a win. They’ve had a bad start, it sounds like they were lucky to win the first game. They’re a strong physical outfit. You can’t read too much into the Chadderton game after the early red card. They played 75 minutes with 10 men. I’m more surprised by the Holker result, you want to get those long trips done early in the season where your squad’s injury free. It will be a nervy, edgy game because both sides need the three points,” he said.