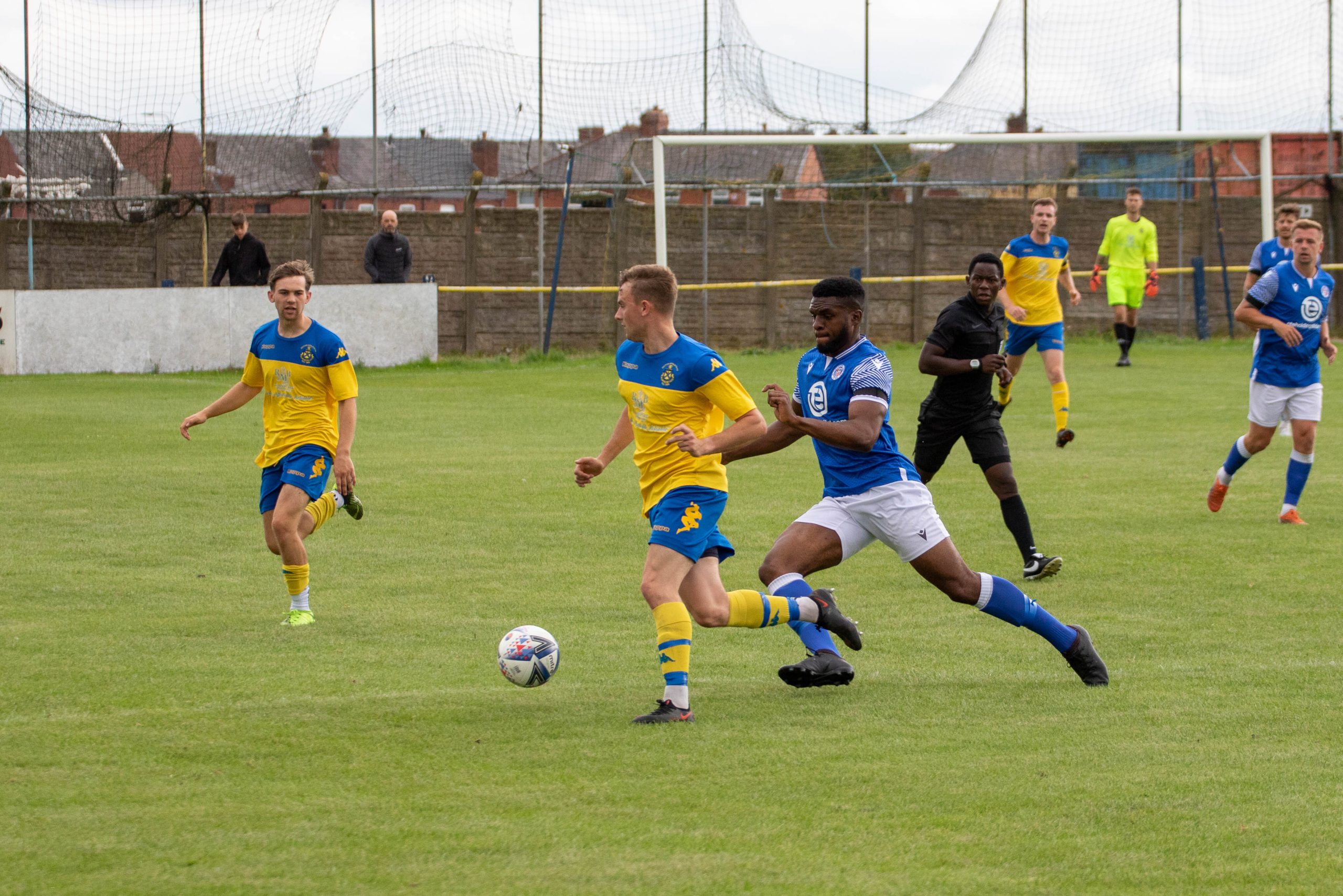 The Wigan-based club reached the second qualifying round in the 2018-19 season, racking up prize money of over £11,000 in the process.

After victories over AFC Liverpool, Skelmersdale United and Morpeth – including two replays – Athletic’s journey ended at the hands of York City.

Football is a fickle game, with the North West Counties Premier Division club going out at the first hurdle in both seasons since.

Assistant manager Paul Piert knows the importance of a good cup run – both for the coffers and for footballing pride.

“It’s massive to us – a good FA cup run helps team morale and brings in money. We are by no means the biggest spenders in the league. Our budget is very small and we’re known for punching above our weight. We’ve had some good cup runs – playing the likes of Chorley, Halifax and York, and being on the TV. It helps clubs like us to sustain football, especially in the current Covid climate. We’ve had no fans in, but the club still has bills to pay. We need jobs doing around the ground. It’s a tight-knit club with a small, loyal fanbase.

“Cup football brings a different type of pressure than 3 points in the league. We enjoy the FA Cup – as a team we try not to focus on the money. We’re interested in the challenge, and who we might get in the next round – we’re always looking for a big club. It’s good for everyone at the club to be associated with the FA Cup, whatever round it is. It gives you goosebumps, and makes the hairs on the back of your neck stand up. The money’s a bonus to us,” he said.

It’s fair to say it’s not been the best of starts for Athletic, who have lost both of their opening games to Wythenshawe Town and Burscough.

Even at this early stage, the club’s injury list is unenviable.  There are seven players currently out including first team regulars Martin Pearson, Chris Bandell and Dec Gallagher.

Piert, who is entering his seventh season with the club, refuses to use this as an excuse for results so far.

“Obviously it’s not the start that we wanted. We have been hindered by the amount of injuries, but we’re still competing and we’ve got to spin it around as a chance for the lads that have come in.  They’ve got the shirts for now. It’s a frustrating time, but also exciting, to see the new lads gel as a team with the first team players as they slowly but surely come back in.

“We had a really poor 45 minutes against Burscough in midweek, but the second half was really positive.  Putting aside the results, we’re happy – the team has shown lots of effort and played well.

We need to improve our defending – it’s the basics. It’s preventable things that have cost us, but collectively we can do better.  We need to iron out those individual mistakes,” he said.

The game against Squires Gate sees visiting boss Luke Evans return to Brocstedes Park, and on the back of a point gained in spectacular fashion.

The Blackpool-based side were on the verge of defeat at Barnoldswick Town in midweek when goalkeeper Mike Hale scored an injury time volley with the last kick of the game.

Piert, 44, admitted: “They’ll be buzzing after that.  We want to kick start our season but we know it’s going to be a tough game.  It’s got intrigue for us too with Luke coming back. We have a good work ethic and ethos at the club, we’re very open and honest.  We encourage freedom of speech. We had a really good chat after the Burscough game and the players gave their input from being on the pitch.

“We’re very happy with this squad, and are confident in them,  but I’d be lying to say I wouldn’t snatch your hand off for a 30 goals a season striker if one came available. Any club would do the same.  Our eyes are always open.”

Athletic are now well established at Step 5, having remained in the Premier Division since winning promotion in the 2007/08 season, but it hasn’t all been plain sailing.

The promotion bounce saw the team record an impressive sixth place finish in their first season. However, four consecutive relegation struggles followed, including the club being reprieved from the drop following Formby’s demotion for breaking league rules.

The club turned the corner with the appointment of current management duo Jay Foulds and Dougie Pitts, who were hired as part of an unusual trio of managers which also included Ben Kay for the 2013/14 season.

While Kay has since left the club, Foulds and Pitts remain in charge and the side have finished in the top ten, bar one, ever since.