Away Day Lockdown: Chelsea Fans Relieved They Don’t Have to Go to Barnsley 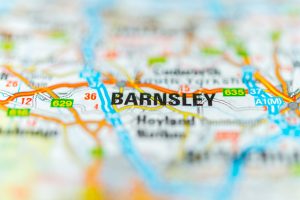 The dedication of football fanship goes under no greater test than during the 3rd and 4th rounds of the FA Cup. It’s a time of year when the travelling fans of privileged London clubs decide, for some reason of their own free will, to travel miles north to watch their team slog out a five-nil win in an iced-over mudbath as a unique brand of frosty liquid blows horizontally into their blotched and unappreciative faces.

In times like these, fans of West Ham and Spurs were only too happy to heed a “stay at home” order in place, that saved them spending an entire Saturday travelling to not-quite-Manchester and not-quite-Liverpool and back to London within the same day just to maintain their facade of tribal loyalty to a football team.

Fortunately, thanks to the pandemic, fans of teams from the tropics of London no longer have to feel obliged to put down their piña coladas and shower of the suncream, before donning their dufflecoat in preparation for an arduous trek to a small Yorkshire town where the locals have been drinking warm, flat ale since long before the first topknot was sighted in shoreditch.

The Wee Teams Are Usually Gone By the 5th Round

Usually, by the 5th round, the sh*tehole dwelling plumbers have had their fun tormenting the Premier League elite for four minutes in harsh northern climates before fitness and natural talent finally take precedence. We’ve now reached the stage where the remaining Premier League sides pretend to care. A couple of Championship teams remain, and they come fro  alright plac..

Uncertain who or what Barnsley is, Thomas Tuchel turns to Mason Mount in confusion on the bus home from Sheffield. Mount informs him it’s slightly further north than the Igloo of Bramall Lane that Tuchel was only too happy we leave not minutes before. The thought of going back to the English North in a mere matter of days sees Tuchel break down into a gentle sob, which descends into a deafening cry of despair when the bus driver informs him that Barnsley was the birthplace of Mick McCarthy.

Chelsea fans on the other hand, have never been so happy to adhere Boris Johnston’s mantra of Stay at Home, Protect the NHS, Save Granny, Don’t Do the Weekly Shop in Odds Bits – get it all in one whack…OK, no one knows the slogan anymore.The point is that having the decision over whether or not you should take a half day off work to travel to from London to Barnsley and back on a Thursday night during Beast From the East II taken out of your hands, can surely only elicit  a huge sigh of relief from any football fan.

On a Serious Note – Our Match Prediction

Chelsea will field a team that consists of a couple of regular starers, a couple of fringe players and at least one child who will be loaned out to a League One side in a couple of seasons. Despite being caught off guard by that fact that his Google search of the Barnsley squad revealed that Jordan and Ben Williams aren’t actually related, Tuchel should have enough tactical prowess to see off this hardy Yorkshire outfit on their own turf.