Toothless Portugal Fall on Their Sword

Belgium vs Portugal was undoubtedly the highlight of the round of 16 fixtures after the group stages ended. In many ways, it didn’t disappoint. There was a special goal, yellow cards galore, and desperate attacking interspersed by engrossing counter-attacking football. It may have taken a while to heat up, yet once it did, it was tough to tell which nation was going to make the quarter-finals. In the end, Belgium held on and dealt a death blow to Portugal’s Euro 2020 winner odds while boosting their own. Belgium Vs Portugal Euro 2020 – As it Happened

The first 42 minutes were definitely for the purists. Both defences clearly understood the need to tightly mark the opposition’s main attacking threats, which meant Romelu Lukaku and Cristiano Ronaldo struggled to get a foothold in the game. Then, at the 42-minute mark, it was Hazard who unleashed a 20-yard screamer to break the deadlock…Thorgan Hazard! Often an understudy to his brother, the Dortmund player proved why the current betting on Euro 2020 has Belgium as strong favourites alongside France. Even when their top stars aren’t in form, this squad has enough quality to decide the outcome of the trophy. 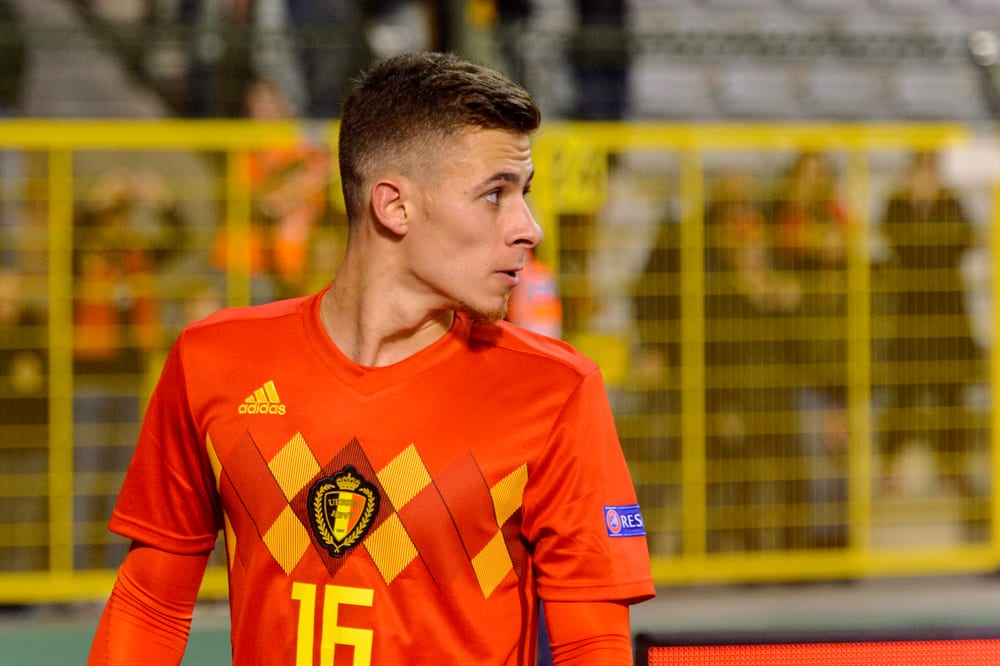 Portugal supporters can’t deny that their team had the opportunities to at least level the game and take it to extra time. Diogo Jota and Ruben Diaz were the men who were to blame for wasting the best opportunities, with the latter angling a powerful header from a corner straight at Thibaut Courtois. The Liverpool man, on the other hand, should have done better after good work from Ronaldo allowed him to hit a quick-fire volley over the bar from inside the box.

However, the effort that will stick in their minds for a long time is Raphaël Guerreiro’s opportunist shot that rebounded off the post and away to safety. An inch to the other side and this Belgium vs Portugal Euro 2020 post match review could have been very different since the ex-champions had all the momentum. In the end, Ronaldo and Co. were left bitterly disappointed by the ineffectiveness upfront. Belgium, meanwhile, will be buoyed by the fact that they didn’t play well and made it through the next round on Friday 2nd July.

With Portugal pressing for an equaliser and time running out, the intriguing contest descended into handbags as calculated fouls and petulant acts dominated the final half-an-hour. Unsurprisingly, Pepe was at the centre of the gamesmanship, hacking down Hazard a couple of seconds after the referee had blown his whistle for a foul against the Portuguese. The Belgian players weren’t saints, either, and the game appeared as if it was running the risk of escalating out of control. Thankfully, the referee and the players kept their cool (mostly) and no one was sent off.

There were a handful of injuries, most notably for Belgium Kevin De Bruyne and Eden Hazard, but they weren’t results of violent conduct. Nonetheless, Belgian fans will be praying that two of their most influential men are fit to participate in the rest of Euro 2020, even if they don’t start the quarter-final. Now that Portugal are out, the big news is that Belgium will meet in-form Italy this Friday at 8 pm in the Allianz Arena. Roberto Mancini’s side has been incredibly impressive throughout the tournament thanks to their high-pressing style and fluid attacking play. Belgium are notorious for being aggressive in attack too, which means these heavyweights should produce an exciting game that’s full of action and, hopefully, goals.

Whatever happens, you can follow the rest of Euro 2020 here at Betting.co.uk. We have everything from pre-match tips to post-match analysis, so our content will keep you up-to-date with the latest Euro 2020 news and updates. Check out the website or visit us on Twitter to learn more. We’d love for you to get in touch and tell us what you think about the rest of the competition!

We’re officially into Euro 2020 week! This Friday, Turkey and Italy will ...