Could Fall Guys become the next hit esport?

Fall Guys: Ultimate Knockout is here, and it doesn’t look like it’s going anywhere soon. These little Tic Tac looking characters have made an indelible mark on the online multiplayer scene.

Fall Guys is a Get Your Own Back, Takeshi’s Castle style take on the Battle Royale genre. Players compete in elimination rounds of slapstick platforming in an attempt to qualify for the final level where they have to grab a crown in order to win the game.

It’s Battle Royale without the guns, it’s easy to learn, but hard to master and it’s as fun to watch as it is to play. So, can it be an esport?

The short answer to this question is yes. In August, Twitch Rivals announced that they would be holding the first Fall Guys competitive event. Later that month, esports organisation, Panda Global, presented the world’s first pro team for Fall Guys, Fall Pandas.

There is already a small esports scene growing around the game, but it is far from a true esport. The top prize for the event is $7000. If we compare that to the recently announced $40million prize pool for the DOTA 2 world championship, it’s not just small potatoes, it’s microscopic.

The long answer is yes, but…

Fall Guys is undeniably popular. According to the developer Mediatonic, over 1.5 million people played the game in the first 24 hours of it being released. In that same 24-hour period, the game was streamed for a total of 500,000 hours. There is clearly an audience for viewers of the game, but is it a flash in the pan — a much-needed bright light of mindless fun in the middle of a pandemic? How can this goofy game gain traction in the esports arena? 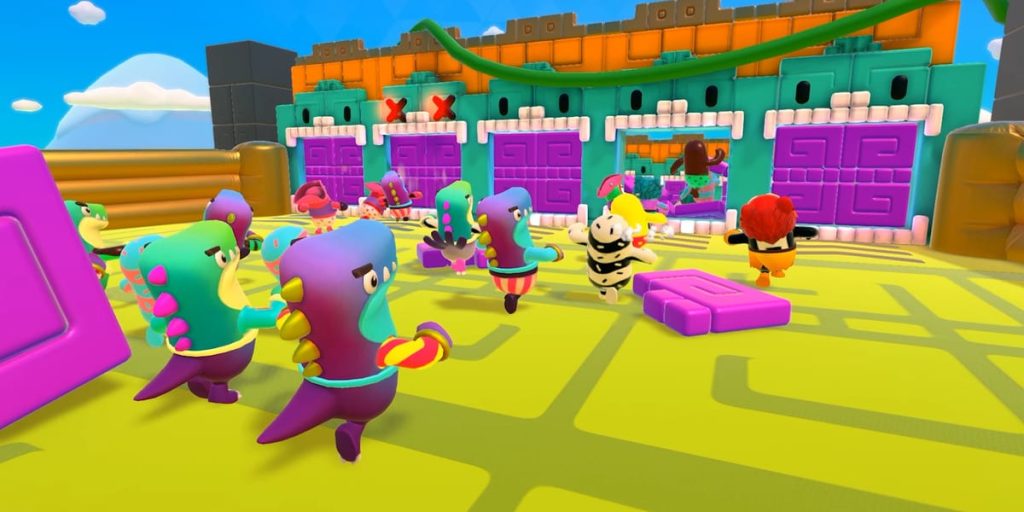 Esports, in general, require a huge amount of skill. The most popular esports are games like League of Legends, DOTA 2, and PUBG. These are highly technical games that require a mastery of the game systems and a tactical nature. Not so in Fall Guys, the random nature of the game creates an unequal skill ceiling where players could skate to the finish on luck alone.

There is, however, still skill involved. There are already plenty of websites publishing tips and tricks on how to dominate the competition. Strategies are still being devised for each game type. If the meta for the game is still developing, we could see major improvements in the competitive scene.

All that being said, Fall Guys doesn’t need to be a competitive esport, it just doesn’t have the complexity or depth of modern MOBAs or the quick, twitch based first person gameplay of shooters. Fall Guys could be the poster child of casual esports. Easy to watch, easy to play but hard to win. Sometimes esports titles can seem impenetrable and byzantine to the outside observer — what better game to introduce the general public to esports than Fall Guys?

As far as the betting scene for Fall Guys is concerned, the random nature of the gameplay could make odds and predictions hard to measure. It may look more like betting on the roll of a dice than on the odds of a victory.

Up to
£20
93/100
Get Bonus Bonus Code *****
T&Cs apply, 18+
New UK+IRE customers only. Paypal & some deposit & bet types excl. Min first £5 bet within 14 days of account reg at min odds 1/2 = 4x £5 free bets. Free bets valid for 4 days, stake not returned. No cashout, restrictions. 18+ begambleaware.com T&Cs apply
×
Your Bonus Code:
The bonus offer was already opened in an additional window. If not, you can open it also by clicking the following link:
Visit Site