Both of these sides were out to win to prove a point, by winning group D. It did not take England long to build momentum, just as they did in their opening game against Croatia, when also winning 1-0. 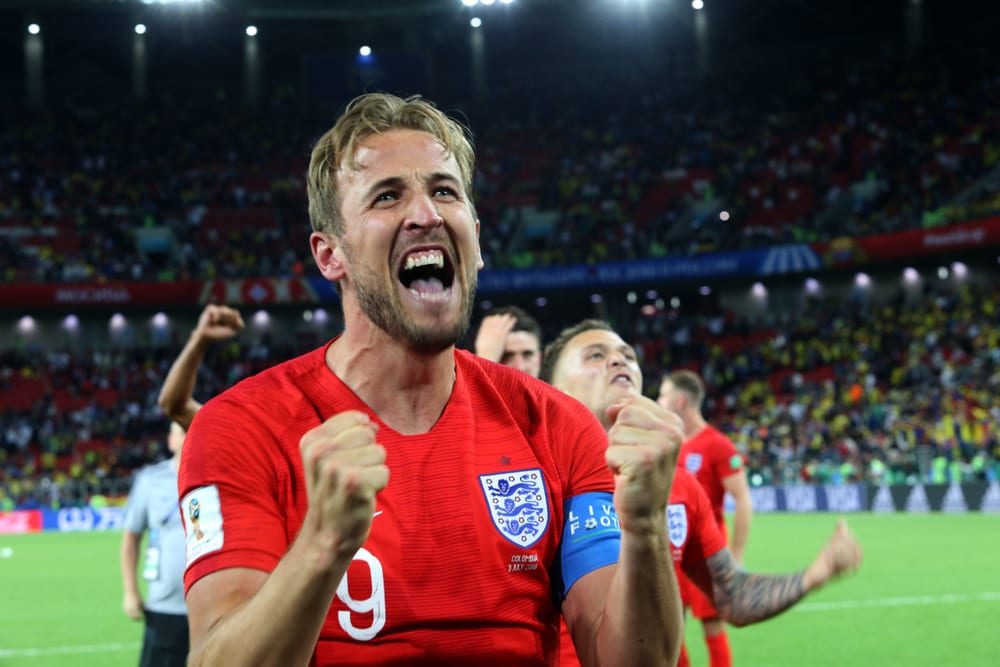 Czech Republic vs England Euro 2020 – As It Happened

The game took place at 20:00 on home soil for England again, Wembley Stadium. The crowd were certainly supporting England and the atmosphere was a good one for the home side. The Czech Republic takes the first kick-off of the game, as the game starts.

The game gets off to the same fast pace that happened against Croatia on their first group D game. It doesn’t take long before the sole scorer for England in this tournament, Raheem Sterling, gets on the end of a sweet pass into the box, which was painfully denied by the post. Manchester City’s Sterling, who scored a hat-trick in England’s 5-0 thrashing of Czech Republic, was out to remind the Czech team that he is still to be feared!

It did not take Sterling long to find the net. Jack Grealish justified his right to be included in the England team tonight, by masterfully dribbling the ball and crossing it to the far post, for Sterling to head the ball into the net at 12’ and claim his second goal of Euro 2020. Sterling is currently priced at 20/1 with 888 sport to be top goalscorer, he is certainly installing some faith in the hopes that England to Win Euro 2020 is still very achievable. 888sport are also offering 4 places, for each way betting in this top goalscorer market, which is not widely available elsewhere.

The game continues mainly with England dominating possession. Harry Kane connects with a through ball at 21’ but is quickly defended by the Czech defence, who are doing a brilliant job. The Czechs showed a glimmer of hope at 24’ when Lukas Masopust attempted a cross, but was cleared. Another Czech chance came at 36’ when star man Thomas Soucek latches onto a rebound in the box and fires towards goal, narrowly missing as it goes wide of the left post.

Although the Czech’s had several chances, England continued to dominate possession in the first half, as a whole.

The second half was a more evenly fought affair, with chances from both teams. England always seemed to be one step ahead, despite not converting any of the chances. 58’ seemed to present a chance for England, where Sterling found himself in front of several Czech defenders, but the whistle is blown for offside. At 62’ Czechs’ Jan Boril was given a yellow card, meaning he will miss the next game for the Czech Republic.

Was the referee asleep?

At 68’ England’s Harry Maguire is brought down in the box in a dubious challenge, which the referee decided to ignore. Luckily, England are leading, or the fans may have been more upset about this. The game continued in the same manner, until at ‘87 where Jordan Henderson appeared to score. The linesman initially kept his flag down, but then decided to agree it was offside, and the goal was disallowed. The game ends 1-0 for England, provided by the only scorer for the Lions so far – Raheem Sterling. What’s Next for Czech Republic and England in Euro 2020?

England will be back at home turf Wembley again next Tuesday in the last 16, where they will face either: France, Germany, Portugal or Hungary. We hope the home soil advantage will be fully taken advantage of, with these tougher games ahead.

Both these teams will be awaiting who they’ll be facing. The Czech’s will be hoping to advance on their previous 1996 Euro success, while England still have every hope of it “coming home”. Check out our Euro 2020 News and Updates for the latest and betting odds and team news for further games.

England thrash Ukraine and reach the Semi finals oozing with confidence An ...