The 23-year-old British heavyweight has been out of action since November 2020. Now, Daniel Dubois is making his return to the ring.

Dynamite Daniel Dubois will step between the ropes on Saturday night, for a heavyweight clash with Romanian boxer Bogdan Dinu. It will be the first time Dubois has fought since his first professional loss to British veteran Joe Joyce.

Now with a pro record of 15-1, Dubois will be looking to bounce back and in to contention for the world heavyweight titles. At such a young age, it is definitely in the pipeline for Dubois, and he’s reaching for world title success. 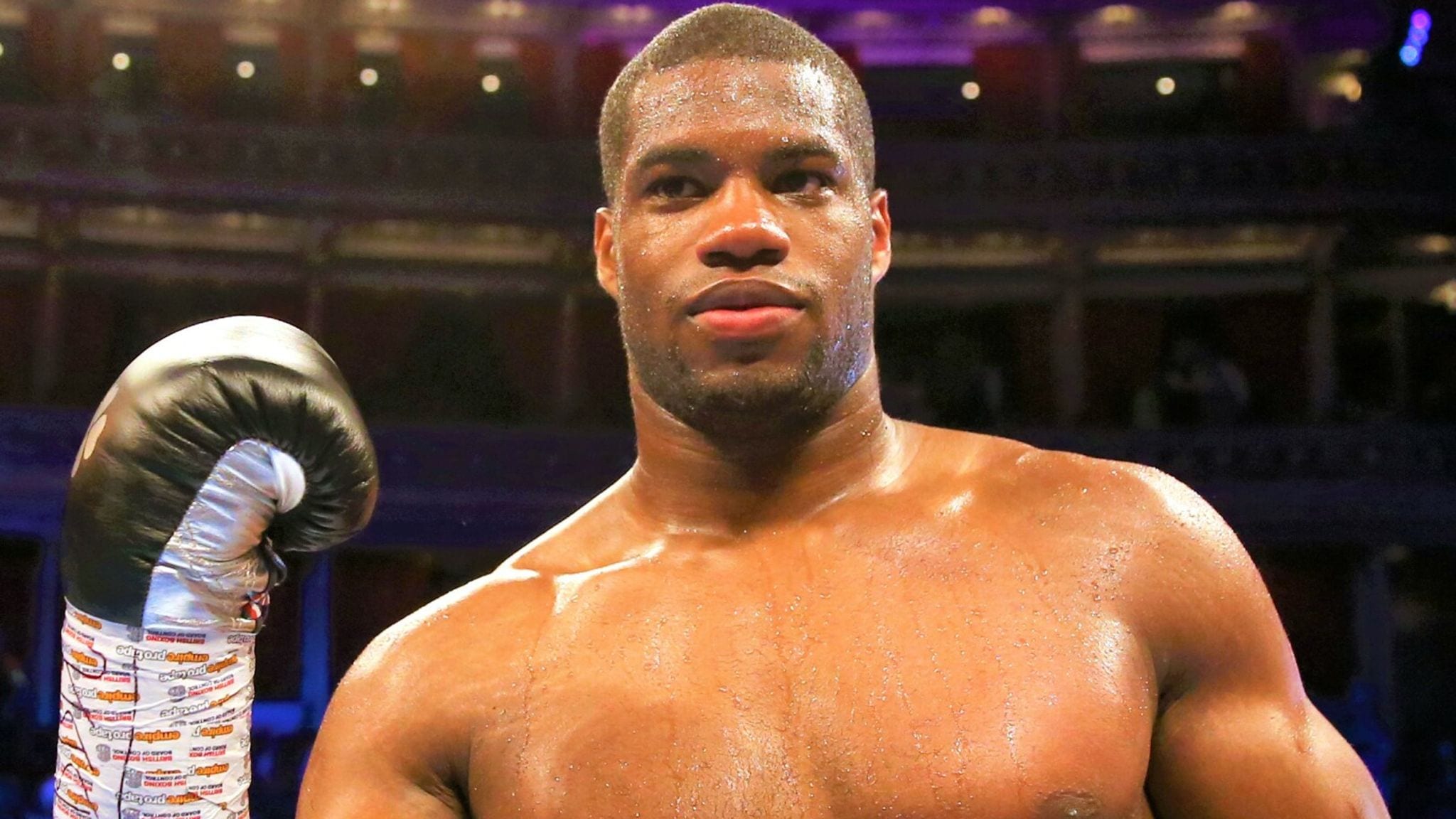 On November 28 of last year, a huge British showdown between Dubois and Joyce took place at the Church House in London. The stage was set, and it was a highly-anticipated bout for British boxing.

It was an impressive battle in the ring, with both heavyweights landing a number of major blows to their opponent. However, in the 10th round of the fight – at which point many felt that the scorecards were level – Dubois took a knee to end the contest.

The 23-year-old’s eye had swollen to the point that he could no longer see, due to a number of accurate jabs from Joyce throughout the fight connecting to the same eye. The damage? Two fractures to Dubois’ eye – a medial and orbital fracture, as well as retinal bleeding.

After the fight, medical notes were released that if Dubois had carried on, he could have suffered “career-ending double vision”. Not something you would want at just 23.

Fast forward seven months, and Daniel Dubois is ready to make his comeback to the ring, and he’s excited about the upcoming bout. In an interview with talkSPORT, Dubois started with explaining about the injury he sustained in his last fight.

Dubois said: “I had to make an instant decision. Looking back, it’s maybe the best thing that could have happened. I still have my eyesight and the injuries have healed and ready to come back”.

Now, Dubois has his sights set on the upcoming fight. When asked about his return, he continued: “Very excited. I’ve missed it in a way. I’ve missed competing. I love fighting, I love competing and going for the ‘big one’ as they call it and chasing that glory”.

On Saturday June 5, Dubois will face off against 34-year-old Bogdan Dinu. The Romanian has fought just six more times than the British heavyweight, but is considered much more experienced. Now, at Telford International Centre, the two will battle for the WBA Interim heavyweight title.

It’s safe to say that Dinu is looking to derail his opponent’s plans to climb back towards the top of the division. Ahead of the fight, Dinu said: “He’s a standard boxer, he’s not that good nor that terrible. It is easy to speak.

“Look at Daniel’s last fight against Joe Joyce. It is difficult when you’re in there and on the receiving end. He is talking before he has met me. As Mike Tyson says – everyone has a plan until they get punched in the face”.

This heavyweight clash is not one to be missed. Saturday night – Dubois vs. Dinu, live on BT Sport. 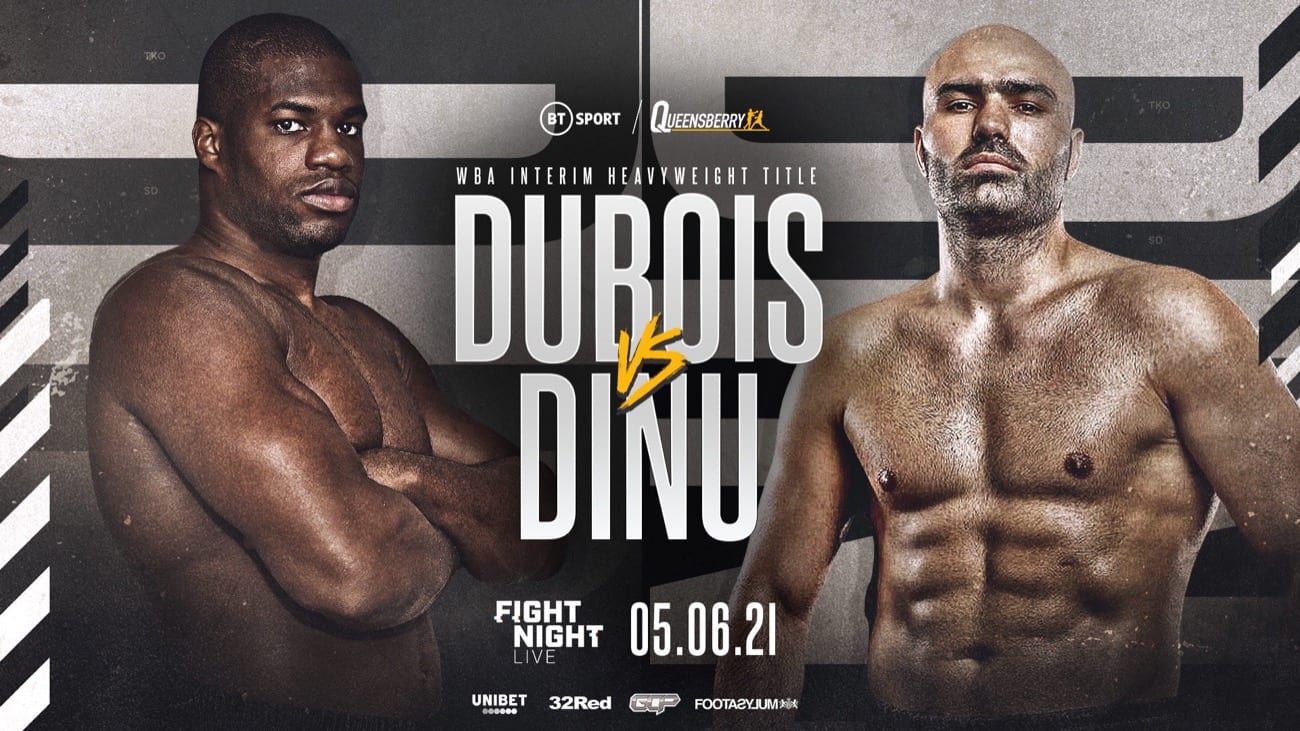 Looking for the latest boxing betting odds for the weekend? Will Dynamite Dubois mark his comeback fight with a victory on Saturday night? As well as the Dubois bout, you can find all of the best boxing odds right here at betting.co.uk! Take a look at 888sport today!