Chadderton may have lost their 100% record, but assistant manager Mark Cook is happy with the team’s start ahead of Saturday’s trip to South Liverpool. 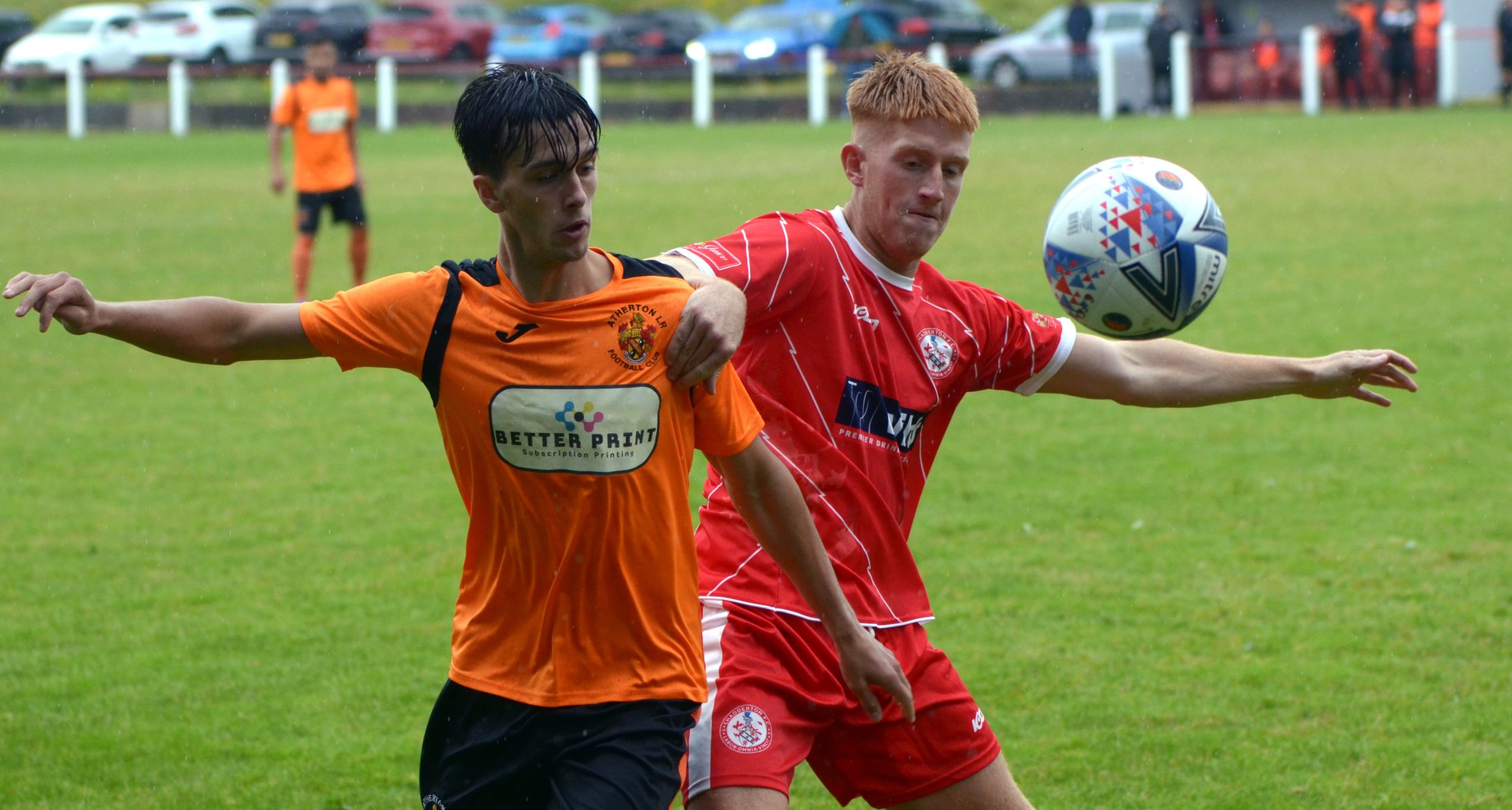 The 50-year-old – a former manager at Andrew Street for 3 years – returned to the club ahead of last season with joint managers Carl Taylor and Ben Greenidge.

He said: “We had two excellent results to start with, but they were tough games.  I missed last weekend’s game but it looks like we were tired after 75 minutes. Fair play to Atherton, who picked us off. The scoreline looks like we’ve been beaten quite badly, but it was closer than that.

“Three games in seven days is a hell of a lot for the lads to handle. We’re trying to keep the same team and keep that winning formula.  Maybe we should have mixed it up and brought fresh legs on, of course it’s easy to say that after the game.”

The managers have completely rebuilt the squad since arriving last summer, with only four players they inherited still with the club.

All three are former players at Chadderton and moved as a package from Manchester Premier League side Heyside, where they led the team to the division’s league cup.

Chadderton were mid-table in both campaigns ended prematurely by Covid-19, with Cook saying there were signs the team were building to something more positive last season.

Taylor and Greenidge have taken an attacking approach and encourage their team to get the ball on the ground and play.

“We had a really good preseason, there’s a real togetherness in the team.  It’s a young squad, with a couple of experienced players. We’ve brought our own players in, and now we’ve got the changing room we were looking for.  It’s a brand new team.  A lot of these lads haven’t played Counties football before so it’s a learning experience for them. Some of the players we brought in from Heyside perform better here at a higher level, it’s like they’re made for the league.  There are difficult teams in this league, so it’s going to be a real eye opener for them,” he said.

This weekend sees the club travel to Merseyside to take on upwardly mobile South Liverpool, who are newly promoted to the NWC this season.

Martin Ryman’s team have made a decent start at this level, with a first win already secured and four points on the board.

There is a chance for squad players to impress this weekend, with some players away and Dion Battes will miss out after unwittingly playing with a broken thumb last weekend.

“We don’t know too much about them to be honest – with the busy schedule we haven’t been able to watch them. We’ve seen clips, we know they have goals in them but they also concede a lot.  They’re a new team to me, I’ve never managed or played against them.

“We’ve got lads dropping in and out, so we’re really going to have to utilise the squad this weekend.  You think you have big numbers, but that can change fast.  We’ve got 21 in the squad, it can be hard to manage and get them all game time.  Obviously we don’t have a big budget so you have to try and reach a happy medium,” Cook said.

Cook was joint manager with Steve Patterson for three years until both stepped down in 2016 due to work commitments.

The pair led the team to the play-off semi finals – a feat the club has yet to repeat – and make the final 32 in the FA Vase. It’s natural to expect Cook to want to return to management in his own right, but the business developer is satisfied in his role, which sees him take some coaching and pre-match warm ups.

“I’m happy as assistant manager – the role suits me. I’m 10-15 years older than them, with a lot of experience, and I can pass on my knowledge.  I’m still involved in the technical area, making notes on games and opponents. I’ve managed both Ben and Carl as players. We bounce off each other, there aren’t many disagreements. The other two might beg to differ, with one being a defender and the other a striker, I’m like piggy in the middle as a former midfielder!,” Cook said.