Best Betting Sites UK / News / Football / Lampard vs. Gerrard: Could We See it in the Scottish Premier League?

Lampard vs. Gerrard: Could We See it in the Scottish Premier League? 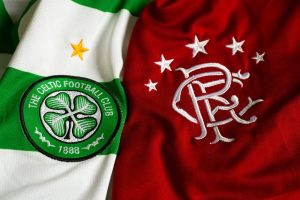 It’s been almost 2 weeks since Frank Lampard got the sack from Chelsea. Presumably, rumours will soon begin to appear, with everyone probably starting to ask the question: where’s next for the England manager?

The two midfielders played together for England, but were huge rivals at the top of the Premier League back in the day.

Both were considered two of the best midfielders in the league, and there is no denying that – they were class. Now, both have turned to managerial careers, and its safe to say it’s been a tale of two stories.

Lampard not quite ready for a top job?

It was an underwhelming start to the Premier League for Lampard’s men, who couldn’t manage to beat any of the top half teams in the league while the Englishman was in charge. That’s not a good stat.

There was already an agreement in place of £35million for Ajax’s Hakim Ziyech for him to join once the previous season ended, as well as English left-back Ben Chilwell making his way to London for £45 million.

It was a lot of money to spend for any club, but especially as many were struggling for funds due to the pandemic. Everyone questioned the overhaul at the time, and at least for the time being, it hasn’t worked out quite as they planned.

Nonetheless, it gave the impression – or at least it did to us – that Lampard was going to be there for a while, investing early and setting up what he hoped to be a new Chelsea era.

Fast forward 7 months, and Thomas Tuchel has taken over the reins at Stamford Bridge, Super Frank is left without a job.

Meanwhile, it’s been completely the opposite for his former international teammate Steven Gerrard, who’s loving his managerial time in Scotland.

Gerrard and Rangers are trying to do a 2003-04 Arsenal by the looks of it, hoping to be invincible this season. They haven’t lost a game in 27 games, with only 6 games remaining in the campaign. It would be a bit of an upset if they were to lose any of them.

The only realistic option Lampard being appointed in the SPL would be is to take charge at Celtic – who are so many points behind Rangers (currently 23 to be exact), with Gerrard currently leading the blues to SPL glory.

To be honest, there hasn’t been much talk about Lamps’ future, or where his next job will come from. It’s still a bit fresh, and we’re sure Lampard is taking this time to reflect on his time at Chelsea.

It is only hypothetical that we could see the two midfielders face off again, this time in the opposite Scottish dugouts. It also means Frank Lampard would have to relocate from London, where he has spent most of his life.

Neil Lennon would also need to part ways with Celtic, which may follow this unsuccessful season. It could make way for Frank Lampard – why not?

However, Lennon is a fan favourite at Celtic Park, and is now in his second managerial spell with the club. On the other hand, they are that far behind Rangers, so his dismissal could be a future conversation if their rival’s dominance continues.

We’re just talking about one possibility here, and that’s only because we clearly need to keep comparing Lampard and Gerrard. (If only Scholesy had a good campaign at Oldham, he could have gone up north for a job, too, and we could have added him into the conversation).

It’s also worth noting that the Old Firm is actually the last game of the season for both sides – that could be a tasty one to look forward to. Imagine if Rangers had gone unbeaten all season, only for Celtic to beat them at Celtic Park at the final hurdle.

It would be a bitter pill to swallow, for sure. However, Rangers are hoping that’s not the case, and instead they continue their good run of form against their Scottish rivals, having already beaten them twice this season.

If that wasn’t enough, Celtic have not scored against Rangers in the last two meetings either, and they won’t be happy about that.

Could Lampard feel at home at Celtic Park?

Celtic isn’t the only option for Frank Lampard to manage, but with his high-profile status, we think this would be the only likely option.

Only time will tell, but it would be interesting to see the two go head-to-head as managers, battling it out at the top of the SPL.

The Best of the Premier League Transfer Window So Far

Even the mega rich world of football hasn’t been immune to the ...