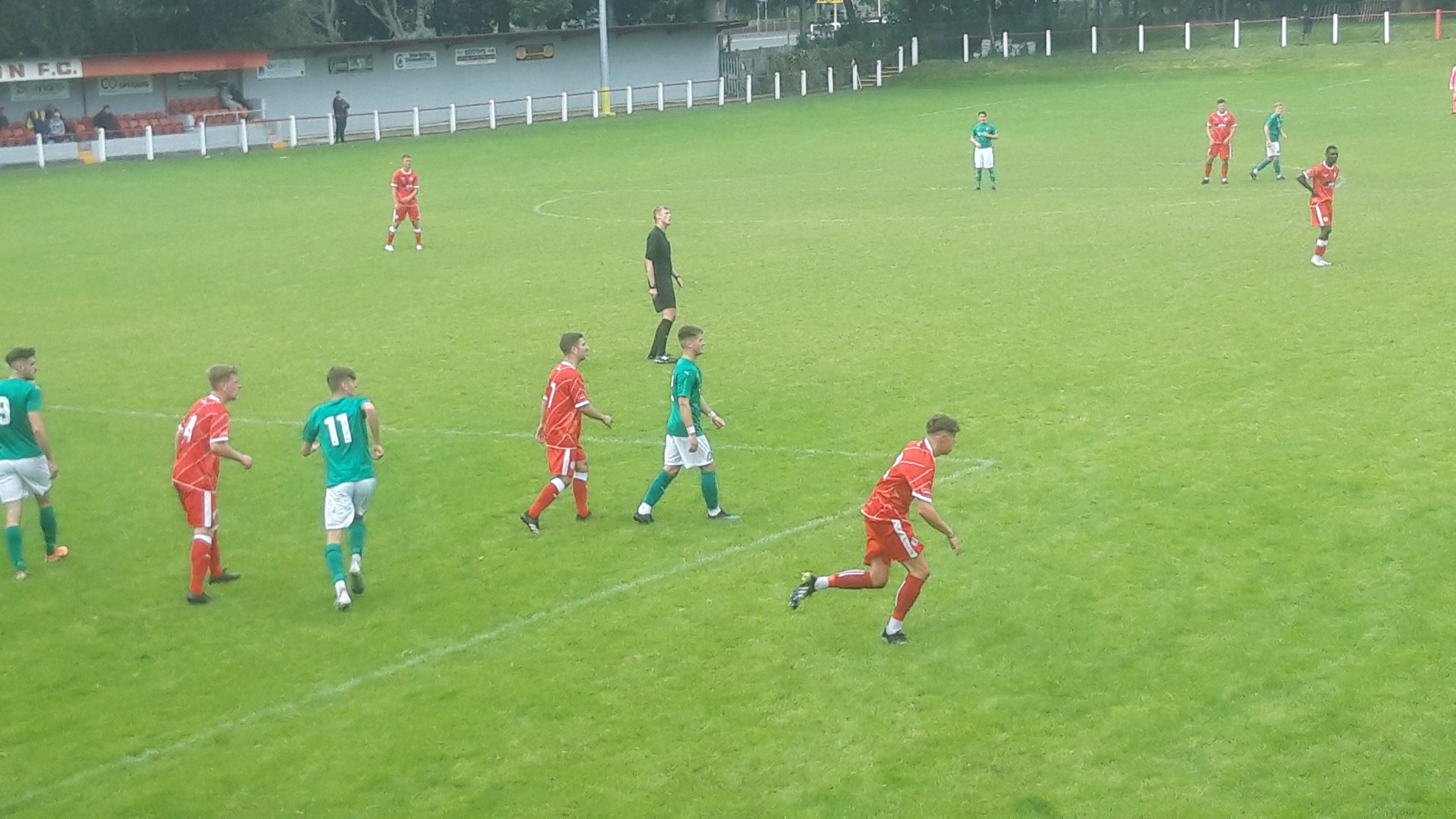 Taylor and Ben Greenidge’s side lost by a single goal to the Cumbrian side, with Nathan Reid netting his fourth of the season and sealing a sixth straight win for his team.

However, Chadderton were incensed by the goal being given, with referee Anthony de Prez not stopping play after Reid dispossessed home keeper Harrison Fleet at the edge of his penalty box. He went on to score from this passage of play.

Chadderton’s view that Fleet had both hands on the ball inside the penalty area when Reid kicked it out of his hands was not shared by the official, who let play continue.

Fleet furiously protested his case, but the goal stood and proved to be the decisive factor in the visitors taking all three points.

“I think the referee knows he’s messed up there, to be honest. The keeper had both his hands on the ball and the lad’s kicked it out of his hands. The referee’s let play go on,they’ve scored from it and that goal has decided the game. “It’s frustrating – I think a point would have been a fair result today. Decisions went against us, when on other days they might go for us. Hopefully they’ll balance out as the season goes on.

“The referee’s made the wrong decision, but we have to suck it up and we go again Tuesday,” he said.

It was a close game between two clubs who started the day in fifth and sixth place, but Holker looked more confident early on, undoubtedly spurred on by their recent winning streak.

They were in control for much of the first half before Chadderton got back into it, with Fleet pulling off a number of impressive saves in the first 20 minutes.

Today’s defeat means Chadderton are now three games without a win, the club’s worst run in an otherwise decent start to the campaign.  They’ve fallen to seventh behind South Liverpool, who won 2-0 at struggling Cleator Moor Celtic.  Next is a trip to joint leaders Golcar United, who are level on points with AFC Blackpool and Bury AFC.

Taylor admits both the management team and players are frustrated with this defeat.

“We didn’t do enough in the first half to get going. We’ve been slow starters this season and it’s happened again today. It took us half an hour to get into the game.  Holker put it on us in the first 20-25 minutes, and we got into it in the last 15 minutes of the half.

“We huffed and puffed in the second half, but we didn’t really create any clear cut chances. Ethan Sutcliffe had a one-on-one with the goalkeeper, maybe he could have done better. On another day he finishes that and the game ends 1-1. We’ve ended up with a 1-0 loss and it’s disappointing how it happened,” he said.

Chadderton punching above their weight

Chadderton have been something of a surprise package so far this season, and have taken a big step forward from last year.

Before Covid struck and the competition was abandoned once more, the club had picked up five points from seven games. This season they already have 13 points having played only one game more.

Taylor, Greenidge and assistant manager Mark Cook took control at the club last summer having all played at the Falcon Fire Stadium in their younger years.

Ignoring the side’s recent wobble, there are signs of progress both on and off the pitch, with their plush new clubhouse recently opened in July.

“It’s been a decent start, if we had another three points, we’d be happy. Are we expecting more at Chadderton Football Club? Previously no, but we’ve built these lads into a squad, and are going up against teams with higher budgets.  “We’re holding our own, and we’ve shown that we are capable of being up there this season. I think if we are to stay in the top six we need to win games like today’s. We have to dust ourselves down now and forget about this game,” he said.

Nathan Reid’s fourth goal of the season sealed all three points for ...