It was a good day for Greater Manchester's National League sides, with Stockport County, Altrincham and Curzon Ashton all picking up valuable victories. 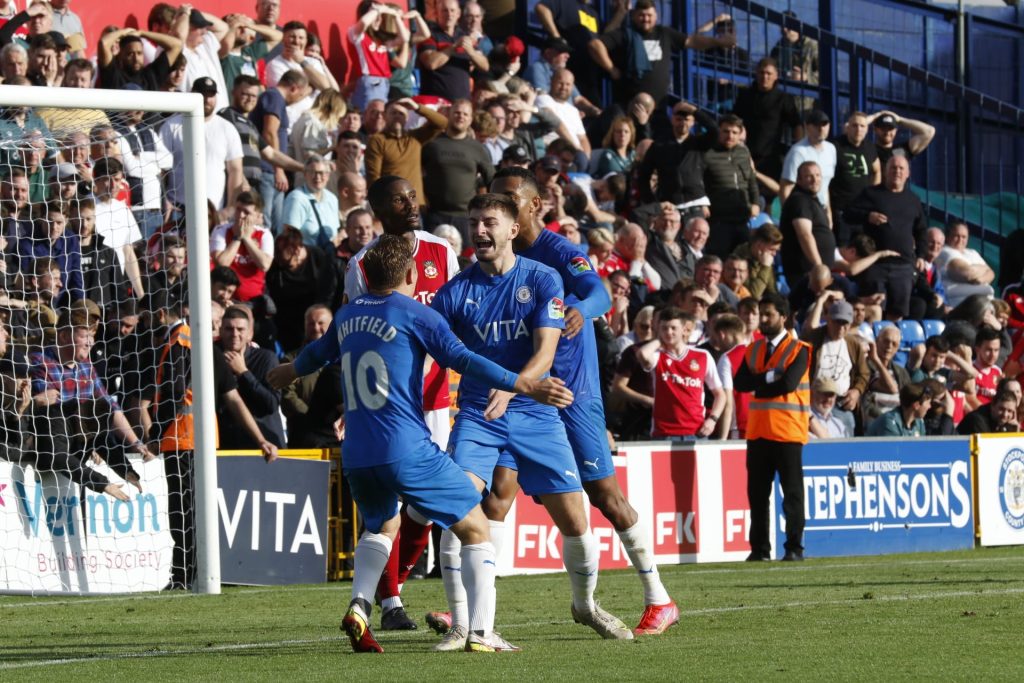 Supersub Rydel wins it for Stockport

Stockport County secured a first home win of the season after beating Wrexham 2-1 at Edgeley Park.

The Hatters came from behind to take victory, after Paul Mullin opened the scoring within the first couple of minutes.

Paddy Madden's first of the season levelled the scores  just after the break, with substitute Rydel netting the winner with ten minutes left to play.

A bumper crowd of 7,711 saw Simon Rusk's side win the battle of two of the preseason title favourites.

Rusk gave goalkeeper Ethan Ross his first appearance since joining over the summer, and recalled Ash Palmer in defence. Club stalwart Ben Hinchliffe dropped to the bench, along with captain Liam Hogan, whose wife gave birth to twins this week.

County have climbed to ninth in the table, two places behind today's rivals.

Phil Parkinson's Altrincham side beat the Notts County 1-0, with Marcus Dinanga scoring the game's only goal.

Notts were unbeaten coming into this fixture.

Today's game was the first for two weeks for Parkinson's side, after being forced to call off two games because of a positive Covid-19 test in the squad.
Games against King's Lynn and Yeovil have had to be rescheduled, with the side last in action in a 1-0 defeat at Wealdstone.

Altrincham have moved up to twelfth in the table.  Their rescheduled home game against King's Lynn is on Tuesday night.

Curzon stay third after another win

Curzon Ashton made it four successive wins in National League North, after beating Bradford Park Avenue 2-1 at The Tameside Stadium.

Marcus Poscha opened the scoring for Steve Cunningham's side after 12 minutes, before Oli Johnson equalised for the visitors to take the sides in level at the break.

Jack McKay scored his first goals for the club in last week's FA Cup victory over Stockton Town, and added another just before the hour in this game.

Curzon continue to defy all expectations and are third in the league behind AFC Fylde and Brackley.