Tenstar GM talks about the British dominance of the Valorant scene

The UK is dominating the European Valorant scene. They represent the largest group of teams competing in official Riot Games organised esports events.

The teams for the Valorant Champions Tour (VCT) 2021 Europe Stage 3 Challengers 2 have been confirmed by the tournament organisers and 30% of the players taking part in the event are from the UK. The next most represented countries are France with 20% of the players and Finland with 10%. Four of the teams taking part feature Valorant professionals from the UK. In fact, even one of the European teams, Alliance, has a British general manager.

There are two UK based esports organisations, Rix.GG and Tenstar. For these teams it would almost be easier to list the players who don’t come from the UK. Both of these organizations have drawn from their local talent pools. In fact, most of the players only began their esports careers in late 2020. It looks like they found an opportunity to get into the esports scene with the launch of Riot Games new title. 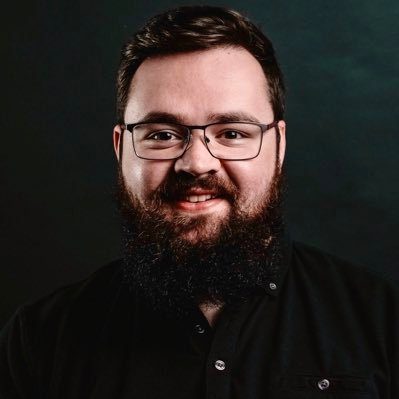 I spoke to Matt Loftus, the general manager of the fantastic British esports organisation Tenstar, he had some interesting insights into how the UK has come to be such a powerful source of players in the scene.

“The UK scene hasn’t really been given a chance in recent esports titles. Once VALORANT was announced a lot of the individuals from the UK Counter Strike scene jumped at the chance to try out the new game, from there on out, it seemed they knew they had to be in it from the beginning to make a name for themselves. With those not just coming from CS, but also other titles such as LoL as well. It was a perfect chance for the UK to jump on the game in its early stages to get a foot in.”

It’s true, Europe has always been a major hub for esports across the globe, but Britain has usually been left in the lurch. There is a reason that the major esports tournaments hosted in Europe end up being held in Nordic or Eastern European countries, they just have more fans, more investment, and more support.

Valorant was a great boon to British players, its similarity to CS:GO meant that established esports professionals could swap esports without too much hassle. Regardless of the similarities, however, the fact that it was a new esport meant that the barrier for entry was a lot lower than established titles.

How do these major organisations hunt for talent? Well, Matt had some opinions on the best ways to find Valorant talent and what to do once you have found them.

“Talent within VALORANT is in abundance at the moment, teams are changing left, right and centre. With a few of these teams with top talent, there are a lot of Free Agent players and teams that you have free choice of. Tournaments such as VCT provide an incredible platform for these up-and-coming individuals and teams to show themselves as great contenders for the rest of the world against some of the better teams. We have already seen some great upsets, however, as it has been proven more than once in VALORANT, a stable roster provides better results than one that chops and changes fluidly.”

It’s clear that their recruitment goals have paid off. Tenstar have already brought home a win at the Champions Tour. They defeated Team BDS on the first day of the Challengers and one of their players, Russell “Russ” Mendes was awarded this week’s player to watch by the official Champion Tour.

The Valorant Champions Tour 2021 Europe Stage 3 Challengers 2 is an A Tier event hosted by Riot Games and Freaks 4U Gaming. If you are interested in checking it out, it is running until the 1st of August. It is shaping up to be an amazing event and with the big changes made to Valorant it will be interesting to see how the teams match up.