This weekend, we approach matchday seven of the 2021/22 Premier League season, which can only mean one thing - it’s time to start looking at who will be the first Premier League manager of the campaign to get the chop!

Steve Bruce is, of course, on a perpetually shoogly peg, while Nuno Espirito Santo’s surprisingly decent start to the season has now been exposed for the fluke it was. Following their disastrous start to the season, Mikel Arteta seems to have bought himself some time with the Arsenal support, for now at least!

The aforementioned might be amongst the favourites with the majority of top UK bookmakers, but how can we truly know who’s going to be the next manager to get the chop? 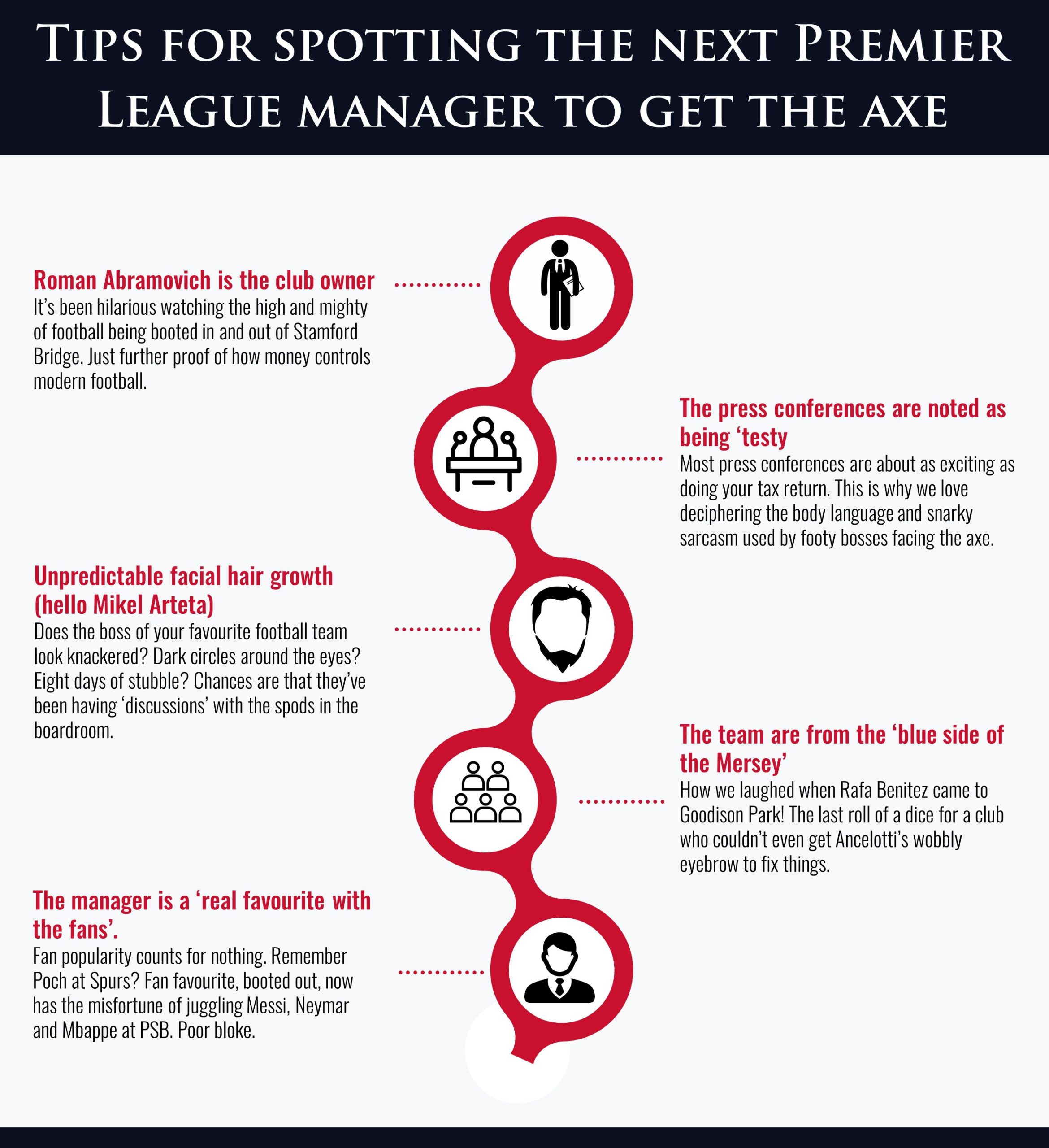 1. Roman Abramovic is the club owner

He might currently be deemed the least likely manager to get the chop by the bookies, but given that Roman Abramovic is the owner of the club he’s in charge of, we can never be 100% sure that Chelsea manager Thomas Tuchel’s job is safe.

After Wednesday night’s Champions League defeat to Juventus, and their home defeat to Man City on Sunday, Abramovic may already be sharpening his axe as we speak!

Probably not though, even with an owner as notoriously ruthless as Abramovic, winning the Champions League within less than six months of taking charge has to put a decent amount of credit in the bank.

2. The press conferences are noted as being ‘testy’

With the amount of media training that players and managers get these days, press conferences are generally boring, monotonous, and riddled with cliches.

That’s why we all sit patiently in wait for the ones where under fire managers start getting snappy with the journalists. Jose Mourinho’s final season of his second spell at Chelsea and pretty much his entire tenure at Manchester United typified what we’re talking about here.

Take a look below if you want the proof!

Another one that Mourinho has embodied over the years, particularly during his infamous third seasons with clubs.

You know what we’re talking about - the grey stubble, bags under the eyes, and just the general appearance of a divorced fiftysomething dad who’s just given up all hope and now goes to the pub before noon on a Tuesday. There are few professions that seem to age people quite so quickly as top-level football management.

The club that ages its managers the most? Manchester United of course!

4. The team are from ‘the blue side of the Mersey’

Everton are now on their 10th manager since David Moyes departed for an ill-fated five-minute spell at Manchester United in 2013.

From a vintage hometown hero in the form of Joe Royle, to the young and dynamic European manager Marco Silva, and all the way to the old and trusted greats in the form of Carlo Ancelotti. It’s fair to say that Everton have tried it all - and that none of it has worked!

Things even got so bad in the not-too-distant past that they had to call in the services of SOS specialists and pint-of-wine-swigging extraordinaire Sam Allardyce. Now they’ve just given up and hired their biggest rival’s old boss because he still lives around the corner and can’t be arsed moving.

5. The manager is a ‘real favourite with the fans’

OK, so sometimes the opposite is true of this one *cough cough* Steve Bruce!

Exceptions aside though, recent Premier League seasons have told us that being a favourite with the fans counts for nothing in the eyes of some ruthless owners. Potchettino love by Spurs fans and players alike - see ya! Frank Lampard the adored Chelsea legend - p*ss off! Claudio Ranieri achieving God status among Leicester fans for pulling off one of the biggest sporting achievements in our lifetime - not for us mate, now off back to Italy!

Ole must be absolutely bricking it right now - thank God he has Ronaldo to save him! 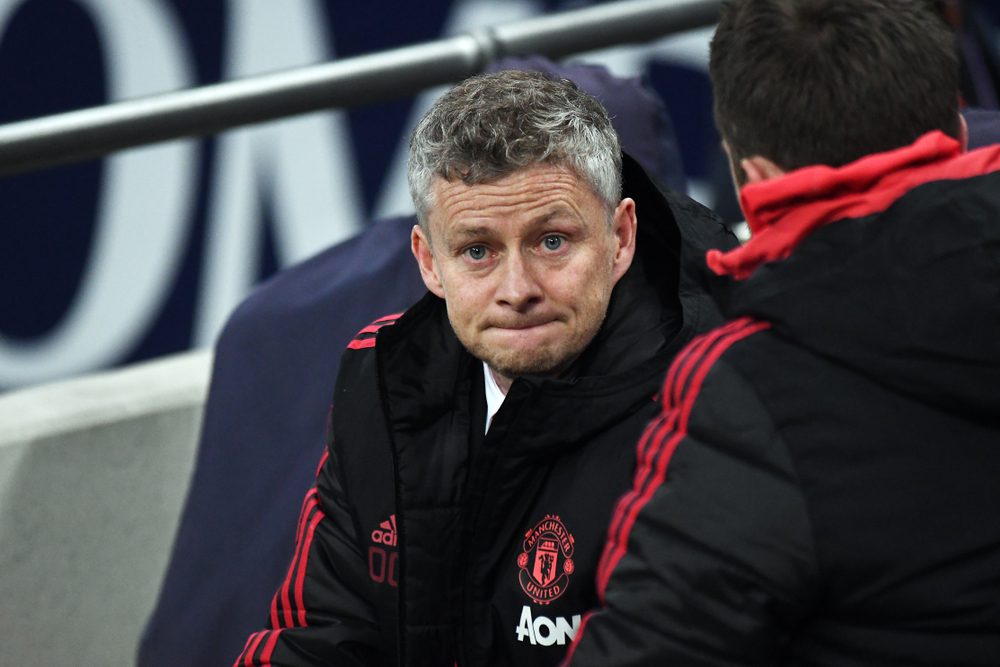 All 380 games have now been released for the upcoming season. It’s ...

Arsenal playmaker Mesut Ozil is apparently one of three players at the ...