With less than a month to go until the Tokyo Olympic Games, over 30 British athletes booked their place at this summer’s rescheduled event. Team GB’s athletes that will be on the plane all have a chance at securing Olympic success.

Last weekend, the Muller British Championships was held in Manchester across three days. Each day provided crowds in attendance with the best athletics action from GB athletes. Around 780 athlete prospects performed in Manchester over the weekend, all looking to take a spot on the plane to Japan.

In total, there are over 30 athletics athletes heading to Tokyo to compete against the best athletes from across the world. Let’s take a look at the biggest names representing Team GB next month. Dina Asher-Smith booked her 100m place at the Olympics in style, and spectators almost thought they had seen history of a new British record. Initially, Asher-Smith’s time was recorded at 10.71s, but was revised to 10.97s. In the same race, Asha Phillip joined the British champion on the plane with a time of 11.16s.

As well as the 200m, she will be in contention for what is lining up to be an extremely exciting women’s 100m. Shelly-Ann Fraser-Pryce, the current favourite – claimed the Jamaican title last week with an official time of 10.71s. Asher-Smith’s eyes will certainly be on the current World Record holder.

Jodie Williams will also feature in Japan in the 400m, along with Scot, Nicole Yeargin, who performed well in Manchester. Joining the women’s track athletes will also be Tiffany Porter (women’s 100m hurdles) and Jessica Judd (women’s 5000m).

Rising star Keely Hodgkinson booked her place in the 800m, beating Jemma Reekie and Laura Muir in the British Championship race last weekend. All three will be featuring at Tokyo, with Muir also looking to be selected for the women’s 1500m as well. 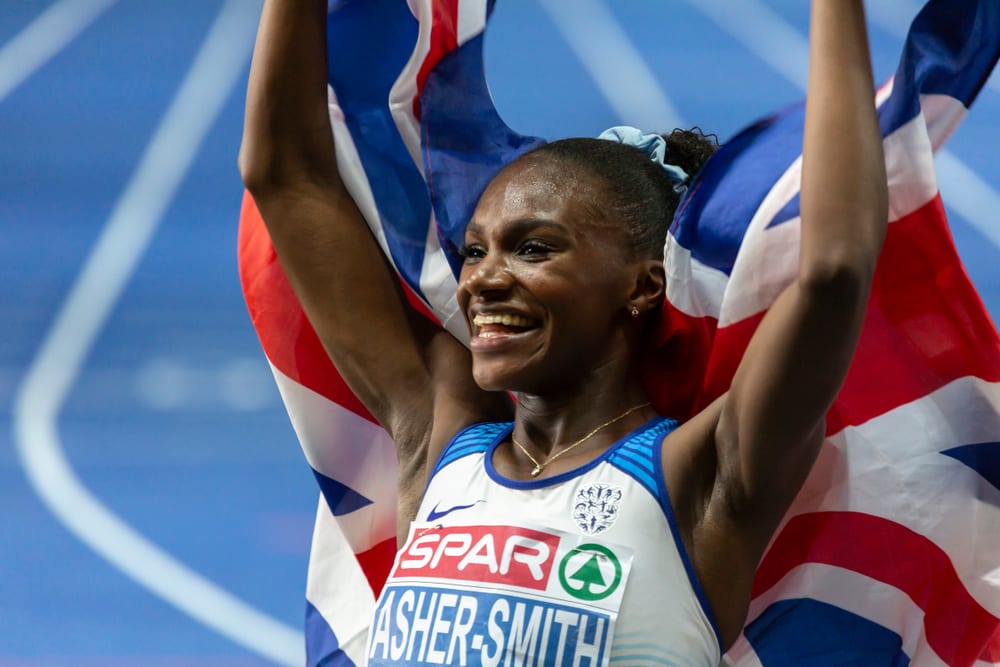 With a 10.05s time in the men’s 100m final, CJ Ujah confirmed his place with Team GB after Zharnel Hughes was disqualified for a false start. However, Hughes recorded the quickest time in the semi-finals, and now has an extremely slim chance of gaining a spot at Tokyo.

In the men’s 1500m, Jake Wightman and Josh Kerr battled it out last weekend, with Kerr victorious by five hundredths of a second. With that said, both did enough to secure a seat on the plane to Tokyo.

Double Olympian Adam Gemili will be looking to go one better than his fourth-place at Rio 2016 in the men’s 200m, and won his third British title in Manchester, giving himself a chance to do so. The men’s 800m in Tokyo will also feature a Team GB athlete in Elliot Giles.

Unfortunately, 2012 and 2016 10,000m Olympic champion Mo Farah failed in his last attempt to qualify for the Games. His run on the first day of the British Championships was 19 seconds outside of qualifying time. Now, the 38-year-old will not be able to defend his Olympic gold, and has since said he will consider his athletics future. On the other side of Track & Field, Team GB will also have a strong presence in Japan next month. Firstly, former American Footballer Lawrence Okoye secured his spot on the GB plane with an impressive performance in the men’s discus. This will be his first appearance since the London 2012 Olympics, where he competed in the discus before jetting off to America.

As part of the men’s field, Taylor Campbell (hammer throw) and Harry Coppell (men’s pole vault) will also represent Team GB after their wins in Manchester.

Holly Bradshaw showcased her pole vaulting talents with her ninth British title being collected. Bradshaw also set a British record of 4.90m, which was easily enough to book her place to the Olympic Games.

Bradshaw will be joined by a number of women’s field athletes to represent Team GB, including Jazmin Sawyers (long jump) and Morgan Lake (high jump). There is a lot of excitement around the Team GB camp at the moment – watch this space. Looking to place a bet or two on the rescheduled Tokyo Olympic Games? Fortunately, some of the leading online bookmakers have already introduced betting odds onto their platforms for their customers. Do you think any of the Team GB athletes will see Olympic medals?

Will Asher-Smith take gold in the highly-anticipated women’s 100m? Take a look at 888sport today – the UK’s leading online sportsbook!

After months of anticipation, threats of cancellation and Covid concerns, the Tokyo ...

2021 Olympics Surfing Betting Odds Surfing is one of the five new ...