After months of anticipation, threats of cancellation and Covid concerns, the Tokyo Olympics have finally kicked-off, with the usual selection of fairy-tale storylines coming out of the games. 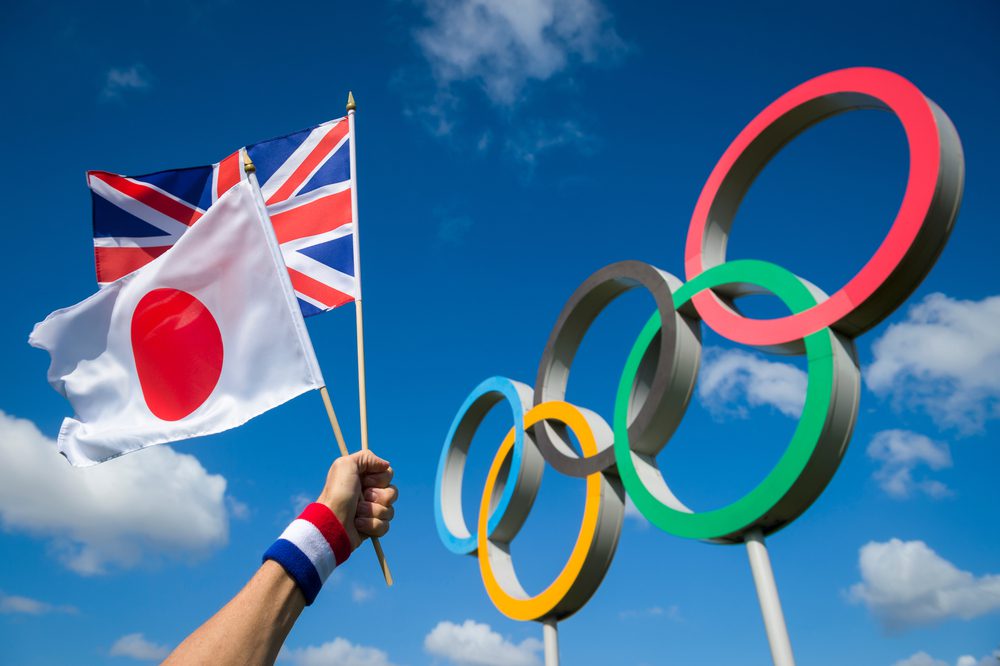 Despite the absence of supporters in the Japanese capital, the Team GB athletes have wasted no time in getting themselves onto the podium.

As it had been in Rio and London before that, the first Team GB medal hope of the games was pinned on the men’s road race. It wasn’t to be in the end for former Tour De France winner and medal hopeful, Geraint Thomas, who retired from the race following an early crash.

With the Team GB men’s hockey side last winning gold all the way back in 1988, they began their assault on the Tokyo games with an impressive 4-1 victory over South Africa. Elsewhere, active service woman, Karriss Artingstall won her first-round fight in boxing, whilst couple on and off the court, Marcus Ellis and Lauren Smith progressed to the next stage of the pairs badminton. 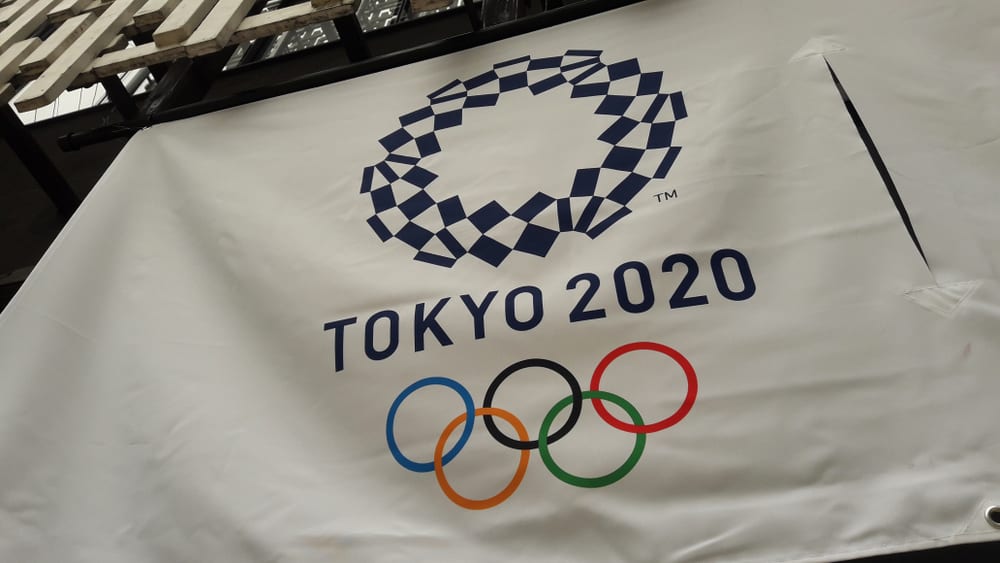 Disappointment for Geraint Thomas in the men’s road race on Day One of the games meant Team GB had to wait until Sunday for their first medals of the 2021, erm 2020 Olympic Games.

Bouncing back from defeat in the semi-final, Chelsie Giles saw off Switzerland’s Fabienne Kocher in the bronze medal bout of the women’s 52kg judo competition.

Off the mark, Team GB doubled their tally in the dojo less than an hour later, with Bradly Sinden finishing as runner-up in the men’s 68kg taekwondo. Seconds away from securing the gold itself, the 22-year-old from Doncaster succumbed to a last-gasp defeat at the hands (and feet) of Uzbekistan’s Ulugbek Rashitov.

In the space of two hours Team GB went from zero gold medals to three, with Olympic champions crowned in the pool, on the mountain bike track and from the diving boards.

Four-time Olympian Tom Daley finally ended his 13-year wait for a gold medal, finishing top of the pile in the men’s synchronized 10-metre platform, along with diving partner, Matty Lee. Scoring an astonishing 101.01 points for a forward four-and-a-half somersault in the pair’s final dive, Daley and Lee finished ahead of world champions and favourites for gold, China.

A banker for gold heading into the games, Team GB poster-boy, Adam Peaty powered to victory in the Men’s 100-metre breaststroke. Falling just short of his own world record swim set in 2019, the 26-year-old became the first British swimmer in history to defend an Olympic title, having won gold five years ago in Rio.

Capping off the trio of golds for Team GB on ‘Magic Monday’, mountain biker Tom Pidcock surprised many as he pedalled to victory in the men’s cross country race. Despite breaking his collarbone less than two months ago, the 21-year-old dominated the latter part of the race, finishing over 20 seconds ahead of his closest competitor.

Elsewhere, Alex Yee closed a gap of 30 seconds to the leading group to pick up silver in the men’s triathlon, whilst Lauren Williams won silver in the women’s 67kg taekwondo. 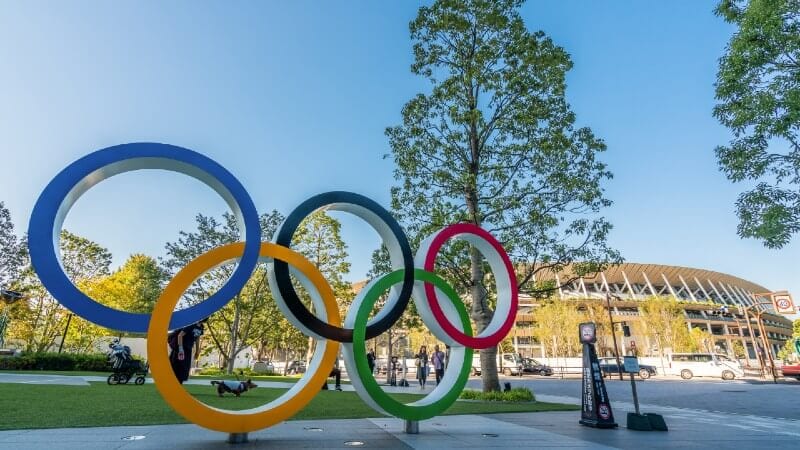 Continuing their strongest start to an Olympic games ever, Team GB picked up five medals across four sports.

It was a one-two for Team GB in the 200-metre freestyle, with 21-year-old, Tom Dean picking up gold, whilst teammate Duncan Scott secured a silver. In a breathless final that went down to the final stroke, the Team GB pair came from behind in the final turn to take the top two podium spots.

Recovering from a puncture in the cycling leg of the race, Georgia Taylor-Brown finished second the women’s triathlon. It marked the second silver in the triathlon in as many days, with Taylor-Brown adding to the medal won by Yee in the men’s event.

Without a medal in the women’s team event since the 1928 Olympic Games, Team GB picked up a shock bronze in the gymnastics final. One of the youngest teams in the competition, Amelie Morgan, Alice Kinsella, Jennifer and Jessica Gadirova excited in qualification, before jumping, twirling and tumbling onto the podium.

Adding to a successful day at the games, Team GB trio, Carl Hester, Charlotte Fry and Charlotte Dujardin finished third in the team dressage, whilst Bianca Walkden bounced back from a semi-final defeat to take her second consecutive Olympic bronze in the +68kg women’s taekwondo.

Day Five: Swimmers Romp to Relay whilst History is Made on Horseback

After equalling the record on Day Four in the team dressage, Charlotte Dujardin became the most decorated British female Olympian of all time with a bronze in the individual event. Winning her sixth medal since debuting at the games in 2012, Dujardin now has her sights set on Paris 2024.

Finishing just 0.03 seconds off the world record, Team GB romped to victory in the men’s 4x200m men’s freestyle swim, with Tom Dean picking up his second gold of the games. Dean was joined in the pool by James Guy, Matthew Richards and a silver medallist from the individual event, Duncan Scott.

It was a bittersweet day for the British rowers, as Team GB won their first medal in the men’s quadruple sculls, finishing second behind the Netherlands. However, a fourth-place finish in the men’s four event ended a five straight Olympic Games winning run for Team GB in that discipline. 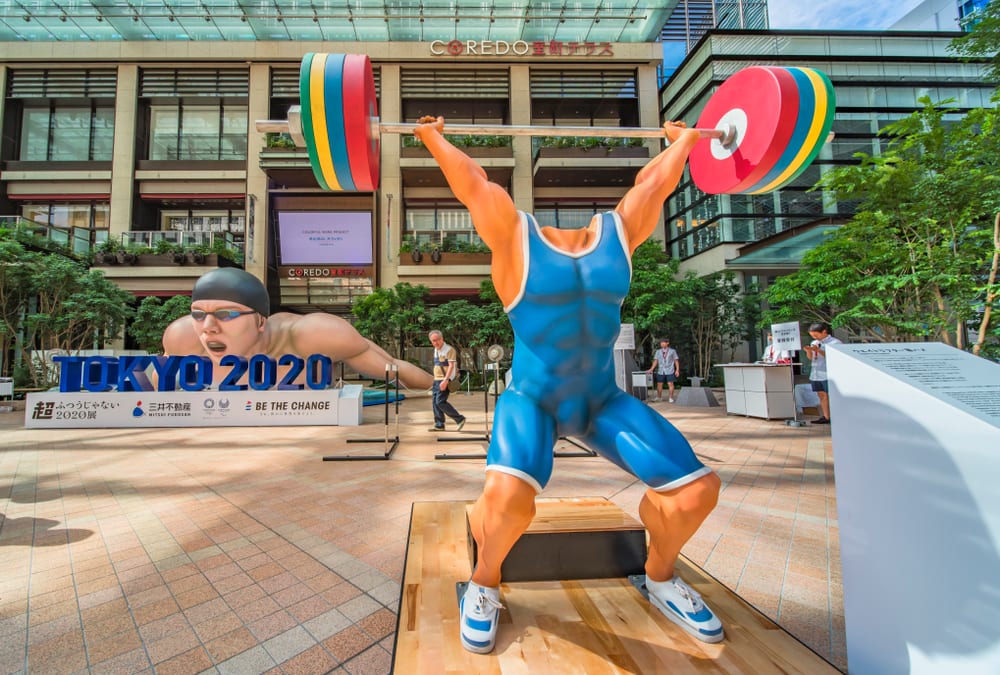 Another successful day at the games for Team GB kicked off with silver in the women’s canoe slalom event for Mallory Franklin. Leading the way up until the last run, the 27-year-old fell just short of gold, finishing second behind Australia’s Jessica Fox.

It was disappointment for Team GB shooter, Matthew Coward-Holley, who entered the games as reigning world and European champion, but could only manage bronze in the men’s trap competition.

After securing bronze in the team event, the Gadirova twins, Jessica and Jennifer returned for the all-round individual competition, with the pair impressing throughout. Jennifer capped off a first major tournament in emphatic fashion by finishing 13th in a talented field, whilst Jessica was able to secure a brilliant 10th place finish.

Day Seven: BMX Brilliance as Week One Comes to a Close

Week One of the Tokyo 2020 Olympics came to a medal laden end, with Bethany Shriever pedalling to gold in the women’s BMX competition. Leading the way for the entirety of the race, the 22-year-old had to crowdfund to be able to compete in Japan, making the success all the sweeter.

Sprinting onto the track to celebrate with Shriever was Kye Whyte, who had won silver in the men’s event just minutes earlier. Whyte came agonisingly close to gold himself, finishing just 0.114 seconds behind Dutch rider Niek Kimmann.

Swimmer Luke Greenbank finished third in the 200-metre backstroke final, with teammate Duncan Scott picked up his second silver of the games in the 200-metre medley. It was to be bronze for trampolinist Bryony Page in the women’s event, whilst a disappointing regatta for the Team GB rowing team ended in a medal, with the men’s eight too picking up a bronze.