Last week’s trends, for the Lanzarote Hurdle, narrowed the selection criteria and the winner, Cobblers Dream (who ran a cracking race) met these. Again, that’s positive news for the principal of the trend review.

Our selection, Gelino Bello, travelled well and avoided the early carnage to come fourth, thus returning a small profit. Other horses in the final discussion came second, sixth and seventh, which would also have resulted in collecting some winnings, with some bookies paying out to seven places.

This week we are going to look at the Peter Marsh Handicap Chase at Haydock, a Grade 2 Limited race running at 14.35 over 3m 1f. Haydock presents runners with a left-handed, galloping track and a long run-in. While this race has a much longer history, we will look at the last 26 renewals.

With regards to odds, bear in mind that some comments here may be distorted, due to small fields over the years we are working with. However, a total of 22 previous winners were sent off at a single figure price, and six favourites have won. Just four previous winners had an SP of 14/1 or more, so it pays to concentrate on the top of the market.

Only one previous winner won from out of the handicap, with the majority carrying between 10-00 and 11-03. Four previous winners, including Royal Pagaille, carried 11-10, but over the past 20 years most had 11-03 or less.

In short, the trends indicate we are looking for a horse who has run well around Haydock previously and who is fancied, but not the favourite.

Sam’s Adventure has not posted a seasonal RPR required by the trends and his odds at time of writing are also borderline, so he is discounted.

As 16 of the last 17 previous winners had run within 36 days, we can also discount the following; Sam Brown and Royal Pagaille (who is carrying too much weight, would be a back-to-back winner and is also the current favourite).

We now will look to eliminate any horse that has not managed a first or second place at Haydock, which means we will will lose Fortescue and Alnadam at this point.

The trainers of all the remaining horses have been among the winners recently, although David Pipe has hit the crossbar more than the others and Remastered will in all likelihood find this challenge too good for him. In addition, his seasonal RPR is higher than ideal to fit the trends.

Kalooki appears held by Remastered, who beat him by 33 lengths when they met last year, and he was latterly pulled up on his only attempt at a prize as significant as this.

Lord Du Mesnil also posted a seasonal RPR higher than ideal. In addition, he has been pulled up or fallen, prior to coming second to Good Boy Bobby, but our selection was travelling better than either of them when coming down four out.

Lake View Lad is dish of the day here at Haydock and will no doubt give his backers a safe bet and will come in the top four. However, stats show his jockey is out of form at present and again his seasonal RPR is higher than ideal.

Empire Steel was travelling best of all when coming to grief four fences out at Wetherby last time he ran, but showed his liking for Haydock with a solid second on his first start of the year. He looks like an improver and the beating he gave Protektorat last year reads well. He would have been raised significantly more than 2lbs if he had won at Wetherby, so appears well-treated at his allotted weight.

Empire Steel is our selection. Currently showing at a price of 5/1 and four places with William Hill. But at that price, it’s only worth a nominal E/W in all honesty. 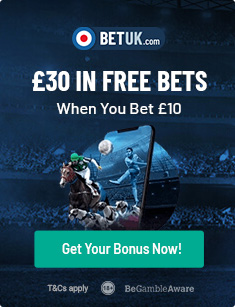