Now at the halfway point of the quarter-final stage of the Champions League, we discuss who’s looking strong, and who’s crashing out.

With the first leg matches now complete, the elite European tournament is shaping up to have a very interesting and exciting conclusion.

On Tuesday night, Manchester City hosted a Borussia Dortmund side in a close encounter.

Kevin De Bruyne opened the scoring 19 minutes into the first half, after City capitalized on a sloppy pass from Dortmund’s Emre Can. With Dortmund looking to catch City on the counter, it was the home side who dominated possession for most of the match. Dortmund eventually got their away goal, thanks to a flick from Haaland to put Marco Reus in behind City’s backline to level it. But, in the final minute of the 90 minutes, City had the last laugh with Phil Foden finishing past Marwin Hitz.

Fortunately for City, wonderkid Erling Haaland was kept quiet for the majority of the game (despite an assist, that is) and will hope for a repeat in the second leg. However, with Dortmund netting a crucial away goal, City will need to be on the top of their game to get the job done in Germany next week.

Real Madrid In Control after 3-1 Victory Over Liverpool

The other first-leg that took place on Tuesday night involved Liverpool travelling to Madrid to face Spanish giants Real Madrid – a rematch of the 2018 Champions League final.

Madrid took the lead through a Vinicius Junior goal, before Trent Alexander-Arnold headed it on a plate for Marco Asensio to add a second for the home side. 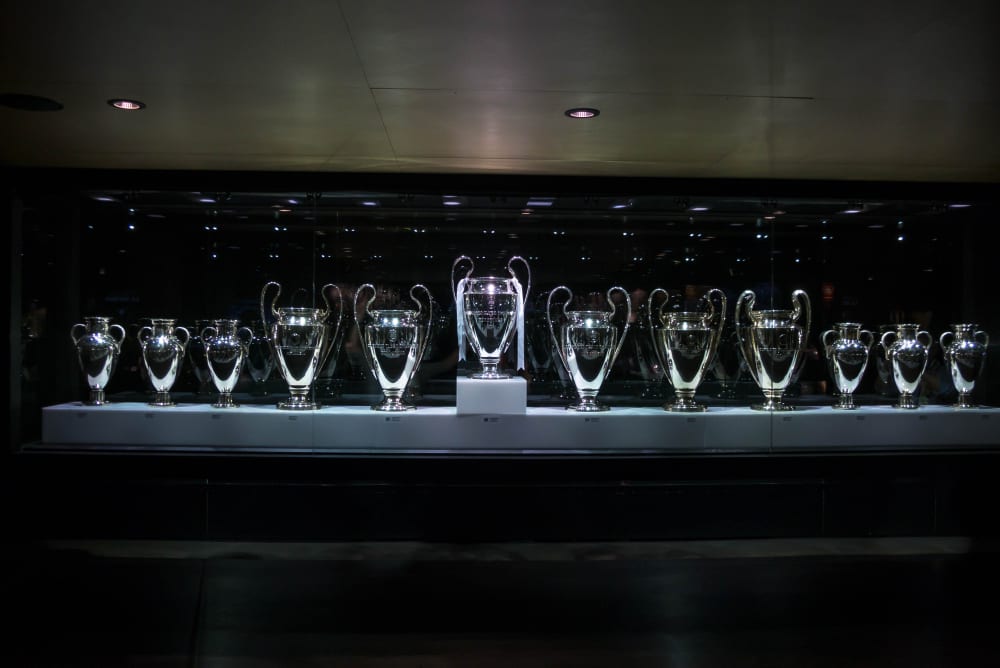 Following a disappointing first 45 minutes, Liverpool came out after the break looking for that vital away goal. It worked – six minutes into the second half and Mo Salah managed to pull one back for the reds.

However, it was Madrid who had the last laugh, with Vinicius adding his second of the night and restoring that two goal cushion. Liverpool must pull something out of the bag at Anfield if they want to progress.

Defending European champions Bayern Munich lost for the first time in the competition since March 2019, losing 3-2 at home in a rematch of last year’s final against PSG. We can’t believe it either!

PSG stunned the reigning champions, with French wonderkid Kylian Mbappe scoring three minutes in. Before the half-hour mark, PSG had their second away goal through Marquinhos, with Bayern needing to kick it up a few gears.

Former PSG striker (and Stoke City for those that remember) Eric Maxim Choupo-Moting got one back for the Bundesliga leaders before half-time. Then, 15 minutes into the second half, Bayern were level through Thomas Muller’s header.

Just when we thought the tables had turned, PSG broke up the field with Mbappe adding to his goal tally to score PSG’s third away goal – a figure that could be costly for Bayern.

Bayern Munich clearly didn’t have enough shots – 31 to be exact – and will need to convert more chances if they want to successfully defend their European crown.

The final fixture of the Champions League saw Chelsea face an FC Porto side who are considered one of the outsiders when looking at the remaining teams.

Thomas Tuchel tasted his first defeat as Chelsea boss at the weekend in the Premier League – a very disappointing 5-2 loss to relegation-placed West Brom. Nonetheless, the blues made a strong start to the game.

England midfielder Mason Mount put the away side ahead after some slick build up play, and we have to say it was a lovely finish. Despite being the away side, Chelsea looked in control and edged Porto in the possession stats.

Chelsea were rewarded with the ball from some high pressure by left-back Ben Chilwell, who proceeded to carry the ball past the Porto keeper and place it in the back of the next five minutes from time.

Heading back to Stamford Bridge with a 2-0 aggregate lead, Tuchel and his men will be confident in reaching the semi-finals of the Champions League.

Who Will Win the Champions League?

Do you know who’s going to win Europe’s elite tournament? Well, if you do, be sure to check out the odds at Tony Bet!