This weekend, fans all over the world will watch what could be one of the best UFC events of the year. For the first time ever, there will be a five-round non-title clash – involving British welterweight Leon Edwards.

On Saturday night (Sunday morning for us across the pond), UFC will host their latest event at the Gila River Arena – home to NHL franchise the Arizona Coyotes. With a full capacity crowd of 18,000 in attendance, UFC 263 has shaped up to be an extremely exciting event.

The main event of the night sees middleweight champion “The Last Stylebender” Israel Adesanya defend his title against Italian Marvin Vettori. That should already be enough to get you excited. If that’s not enough for you, then stay tuned to hear about another title bout, as well as the first ever five-round non-title clash. 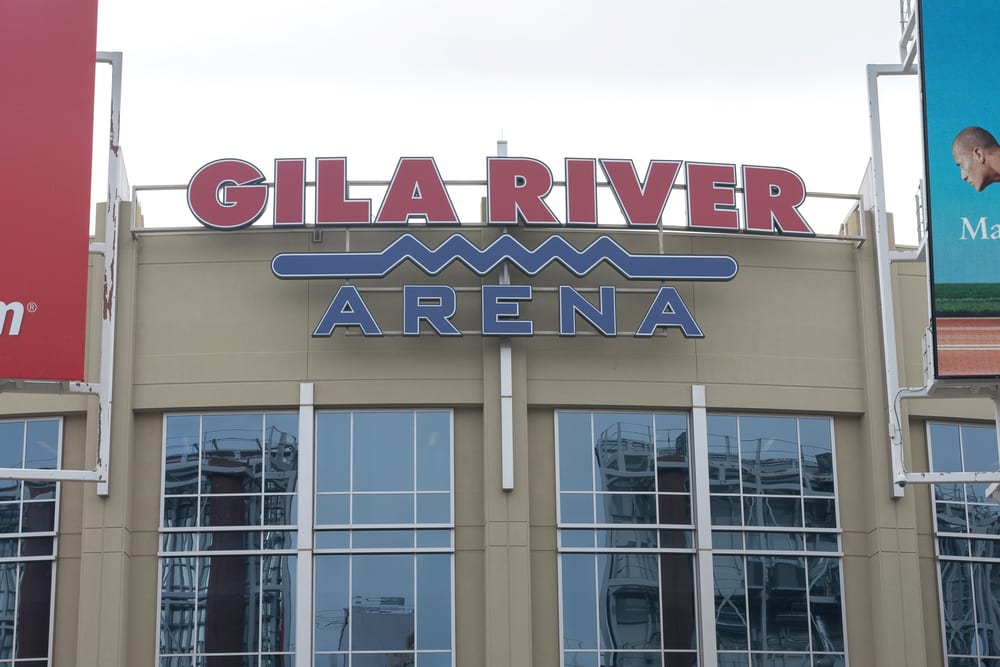 As we’ve mentioned, the main event of the evening sees Adesanya and Vettori clash in the Octagon for the second time. This is the first of rematches on the night, and both of the first bouts ended up in controversy.

All the way back in April 2018, as part of the undercard for Dustin Poirier vs Justin Gaethje, Adesanya and Vettori stepped in the Octagon together – both looking to make a statement in the division.

It was Adesanya that came away with the victory via a split-decision. Following the fight, Vettori insisted that he won the fight. Since, both have gone on winning streaks in the victory, and both now find themselves at the top of the division. This time round, the fight is for middleweight gold, so the stakes are definitely much higher on Saturday.

Revenge is the plan for Vettori, who plans to become the first ever Italian UFC champion. Meanwhile, The Last Stylebender will no doubt look to keep his middleweight crown, and continue his dominance in the division. We’re very excited for this one!

In the other rematch of the night, as the co-main event, Figueiredo will put his UFC flyweight title on the line against Mexican Brandon Moreno. The last time these two met inside the cage was December of last year at the UFC Apex complex in Nevada.

Going toe-to-toe in the main event of the night, both displayed impressive performances. At the end of the five rounds, the judges scored the fight as a majority draw, with Figueiredo scoring just one more point to retain his belt. The scorecards read: 47-47, 47-47, 48-46 – it was that close.

For those who may not remember, it was a fight to the highest standard, with both fighters giving it their all, and both were obviously disappointed with the stalemate. Fast forward six months, and we get to see it happen all over again.

Only time will tell if this rematch is going to be as close as the first encounter. We know one thing for certain – this is going to be a very entertaining clash inside the Octagon, and we can’t wait.

For the first time ever, the UFC will hold a five-round non-title fight in the octagon. In a welterweight clash, UFC veteran Nate Diaz will go up against Brit Leon Edwards in a highly-anticipated battle. Both will be writing their names in the history books, but who will come out on top?

Diaz suffered a minor injury in the build up to UFC 262 – the event where the fight between him and Edwards was originally scheduled for. This forced a delay, but now it’s finally here! The good news is the American is now back to full health, and will hopefully be at his best at the weekend.

This is a fight that UFC President Dana White will be keeping a close eye on. As well as the fight involving two of the top welterweights, White will also be looking at whether the fight is a success or not. If so, we may see even more five-round, non-title bouts in the future.

Betting on fights inside the Octagon is becoming increasingly popular with sports punters. Will Adesanya retain his middleweight belt? Who will write their name in the history books as the first winner of a five-round, non-title fight – Diaz or Edwards?

UFC fans in the UK will be able to tune in to watch UFC 263 in the early hours of Sunday morning. Pre-lims start at 1am GMT, with the main card starting at 3am GMT. Watch live on BT Sport!