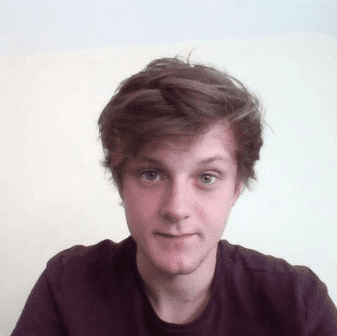 Jordan is a content writer with a ridiculously varied portfolio of work experience, writing pages of copy for so many different organisations he’s losing track of them. From food menus to film reviews, there aren’t many topics he isn’t keen to tear apart with words, much to the satisfaction of his editors. Professionally he started out as an entertainment journalist in Leeds, forming and writing cooky stories from the world of TV, music and film. About 99% of his film reviews were negative scores, which, let’s be honest, are the best type of film reviews.

Nowadays he’s focusing more on sport, hoping one day to be the commentator on an England match just so he can use the phrase: “they think it’s all over, it is now”. Full disclosure, he’s a passionate Liverpool fan, but don’t hold it against him, as he’ll be the first to tear the Reds down when they’re moaning about narrowly losing a game (although admittedly, that doesn’t happen very often anymore).

See, this isn’t easy for me to write, because for the longest time, I was the biggest proponent of video assisted refereeing. I was sick to death of seeing what I perceived to be incompetent linesmen “mistakenly” call players offside when they clearly weren’t (this one below ended up costing Liverpool the title in 2013 and is about a mile onside), and there being absolutely nothing we can do about it.

In almost every other sport, casual cheating isn’t tolerated to anywhere near the same extent as in football – and as a fan I was just about sick of literal unfairness in the game.

Not only did these incorrect decisions damage the validity of football in general, but they always seemed to be weighted against smaller clubs. Whether it was intentional or not, Premier League referees regularly appeared to give the benefit of the doubt to the top teams, leaving lower league sides fighting an up-hill battle while wearing roller skates.

So what did the Premier League do to combat this? Well, as always, they over-corrected. VAR was introduced at the start of last season, to absolutely no applause at all. Almost immediately, the “fool proof” system made mistake after mistake, with advocates (including me) shouting: “calm down, we all need more time to adapt”.

Crap, from start to finish

In the first 12 months of VAR being introduced, 109 decisions were overturned¹. 27 lead to goals that would otherwise not have been given, and 56 lead to goals being disallowed. There were 34 goals ruled out for offside and 22 penalties awarded, but only 7 penalties overturned. VAR was having a massive impact on football, and it had only just gotten started. See, the video assistant wasn’t the only new addition to the 19/20 season.

It’s almost as if the FA is playing a game of “who can introduce the most mental rule”, because the changes to the handball rule in 19/20 made no sense.

Basically, before the 19/20 season, handball was a complicated issue, and was left to the referee to interpret. If it was obvious that the player did not mean to handle the ball, the ball struck his arm before he had chance to move it or he kept his arm perfectly still as the ball comes towards it – with no movement towards the ball whatsoever – penalties were almost never given for what was clearly accidental handball, and when it was clearly purposeful handball, it was nearly always given. There were holes in this system, but it worked.

Last year the Premier League decided to change the rule, basically meaning: if the ball strikes a player’s arm, on purpose or not, at any point in the game and it leads to a goal, then the goal would be disallowed. Now this sounds sane, right? Wrong. Basically what started happening is that every other goal would be disallowed for “handball” somewhere along the line, and this is the first major chink in VAR’s armour.

What we once thought would be the final say on the pitch was contorted into opinion again. Video referees were saying: “well in my opinion it did hit his arm” and we were left with the same argument that we’ve always had. Basically, things went downhill from there, with more convoluted rule changes to accommodate VAR – and also some talk of “giving the benefit of the doubt to the goalscorers, because more goals is more entertainment”.

Honestly, as a fan, what seems to be happening is that the FA was under a lot of pressure when they introduced VAR, it was a big choice to do it, and they want to use VAR as an entertainment platform to, at the very least, cause controversy in the game. Controversy breeds interactions online, and although I’m not suggesting the FA or the Premier League is desperate to get more Twitter followers than the Italian Serie A (although that would be a hilarious world to live in), it’s been mentioned many times that VAR leads to more goals, and therefore, more fun.

Unfortunately, this isn’t the case, is it guys, because on top of all this VAR crap, the rules are being changed every 2 minutes to accommodate its use. I mean, look at this. 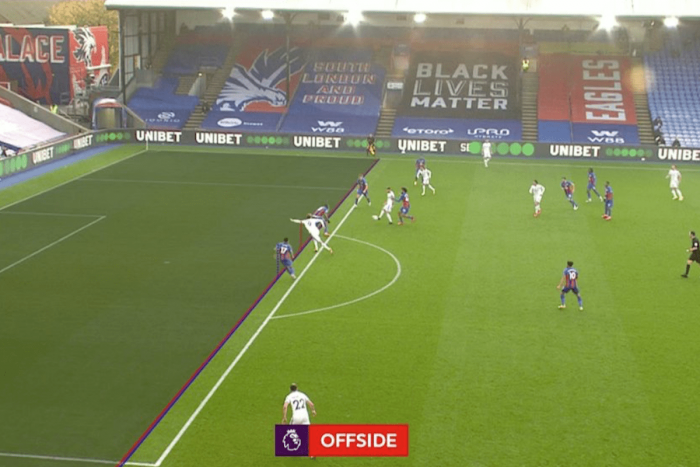 IT’S JUST NOT SH*TING OFFSIDE IS IT?

When did your arm ever count for offside? They’ll say it’s his shoulder, because you can score with your shoulder and offside states that “any part of your body that is possible to score a goal with can be offside”, but the man is literally pointing to where he wants the ball. What world are we living in where your shoulder can be offside? Before this season, it was unthinkable that this would have been called disallowed, but it’s almost as if we’ve accepted it now.

I know it would feel like a neutral fan’s birthday if Liverpool didn’t win the league this year, but HOW IS THIS OFFSIDE? HE’S CLEARLY ONSIDE.

And below is a very legitimate reaction.

This was a last minute winner against Everton disallowed, by the way (honestly, I’m looking at this one again and how was this called offside? It looks more on the more I look at it).

The handball rule has been changed twice this season already, after massive fan backlash. Penalties are being given for stupidly small incidents, because WHEN they’re inevitably shown on VAR in slow motion, that tiny nudge you unknowingly gave your opponent looks like an actual chokeslam. Apparently, the referees have final say on the decision (with the option to view the incident on a small TV at the side of the pitch) but they almost always agree with the VAR. Obviously it’s hard to overturn a decision once you’ve been shown the incident on slo-mo and been told “you might want to take another look at that”.

Honestly, as someone who was a massive VAR advocate, can we either: bin it and go back to how it was OR just stop changing the rules to constantly fit the parameters of this stupid computer ref?

Also, can someone tell the Premier League that nobody understands what they mean by “clear and obvious”? Doing my head in.