Best Betting Sites UK / News / When Will Fans Be Allowed Back in Stadiums UK?

The UK is now well on the road to a return to some kind of ‘normalcy’!

With outdoor gatherings of up six people already happening in the blooming Spring weather, and the barbers opening up so we don’t all have to wander round looking like cavemen – it already feels as though we’re well on they way to the ‘Great British Summer’ that we were promised! 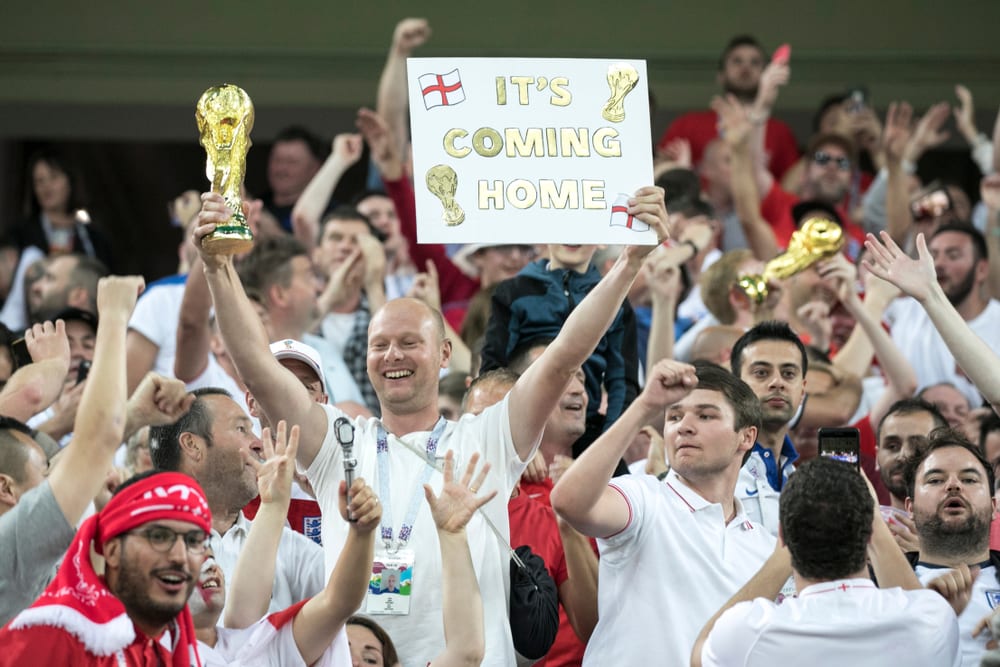 To make matters better, beer gardens are finally within touching distance, as outdoor pints can be legally served in England from April 26. For the indoor pint though, we will have to wait until next month – but we can surely manage a little longer!

Fans Back in Stadiums UK

As sports fans, the big question that we want answers is this – when will fans be back in stadiums UK?

The answer? Sooner than you probably think actually! 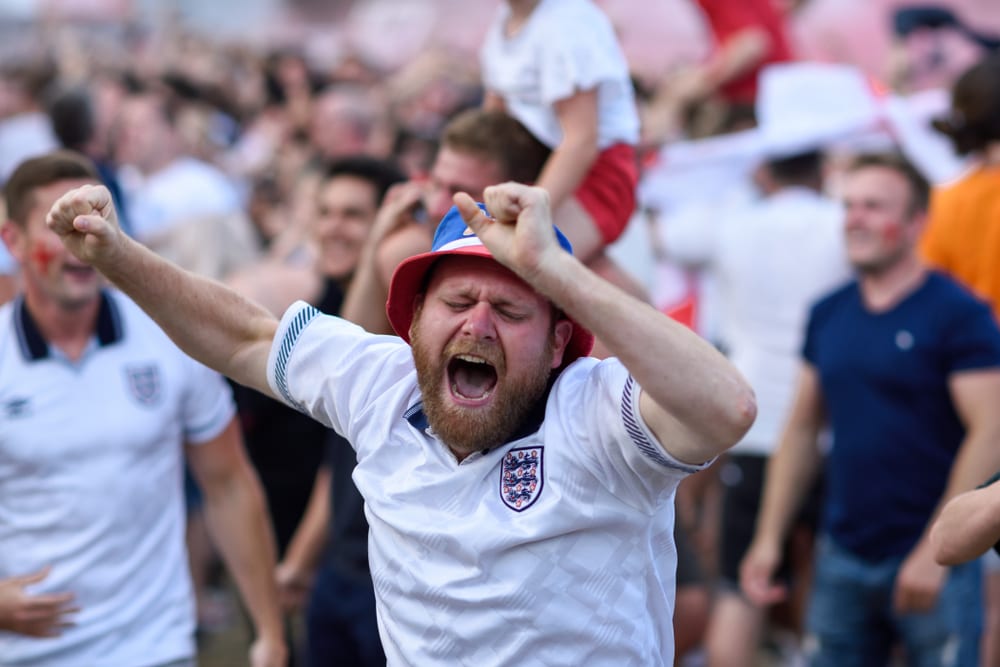 There are pilot outdoor and indoor sports events scheduled for April, with London, Liverpool and Sheffield being the three cities set to take part.

Football is the big one of course, with the Carabao Cup Final and the remaining FA Cup games being pitted as pilot events.

In addition, cricket and tennis matches are also expecting to have crowds this year – with WWE Wrestlemania taking place in front of a live crowd across the pond in the US. When it comes to indoor sports, the Crucible is expected to have some fans, in what looks to be the only indoor pilot event.

When will fans return to football?

Football is, of course, the most popular sport in the UK, therefore the question of when will fans return to football is the most frequently asked. 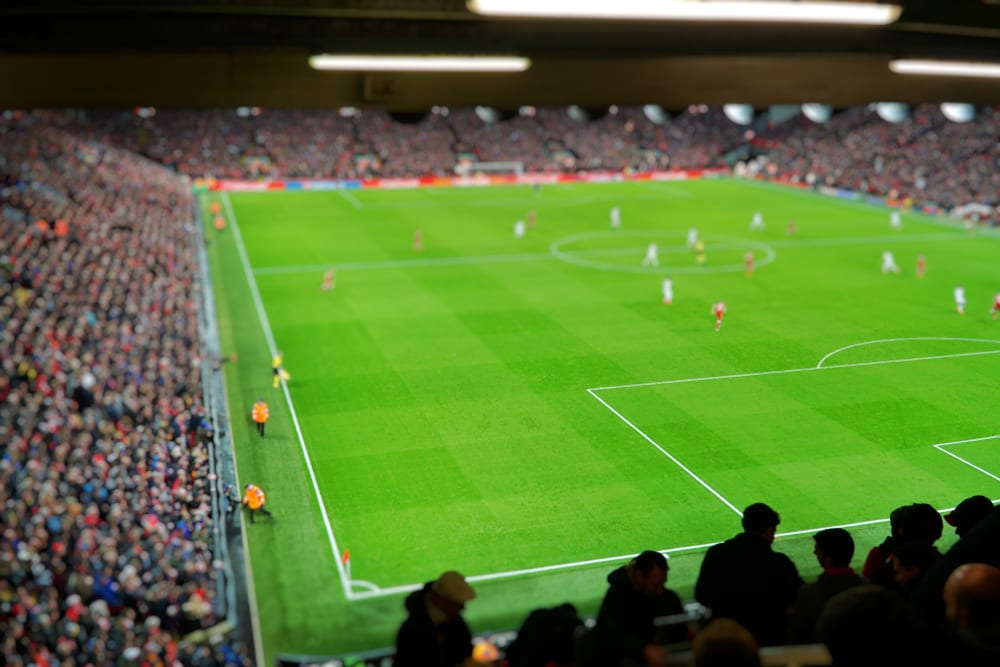 Scotland fans got to watch their side play in front of 5,000 fans during their World Cup qualifier with Israel. But when will fans be allowed back in stadiums in the UK itself?

At long last, we can now confirm that fans will be allowed back in stadiums for the Carabao Cup Final and for the remaining FA Cup fixtures. There’s also still hopes of each team getting to play one Premier League home fixture each in front of 10,000 fans.

So when will fans return to football? We finally have a date – and that date is April 25, for the Carabao Cup Final at Wembley. 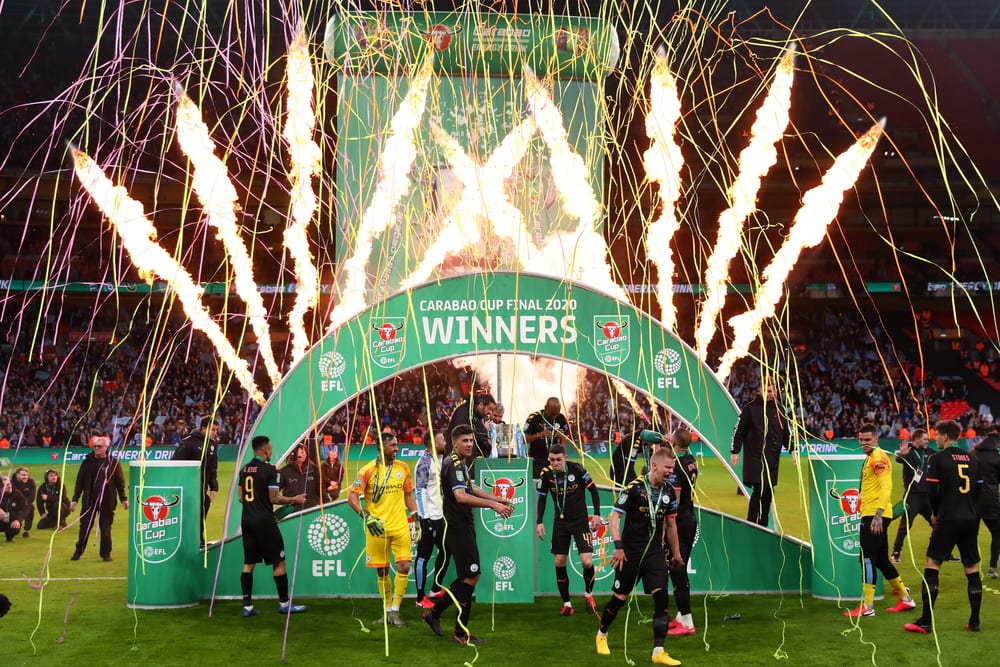 The match will take place between Tottenham Hotspur and Manchester City on April 25 and will have 8,000 fans in attendance. A number of the tickets will be given to fans from each of the clubs, with the remainder going to local residents and NHS staff.

You can stay tuned for our football betting tips for this fixture, as well as our Premier League predictions as well. For now, you can check out the latest odds in our TonyBet review.

A week before the Carabao Cup final, 4,000 fans will be in attendance at Wembley for the FA Cup semi final between Leicester City and Southampton on April 17. 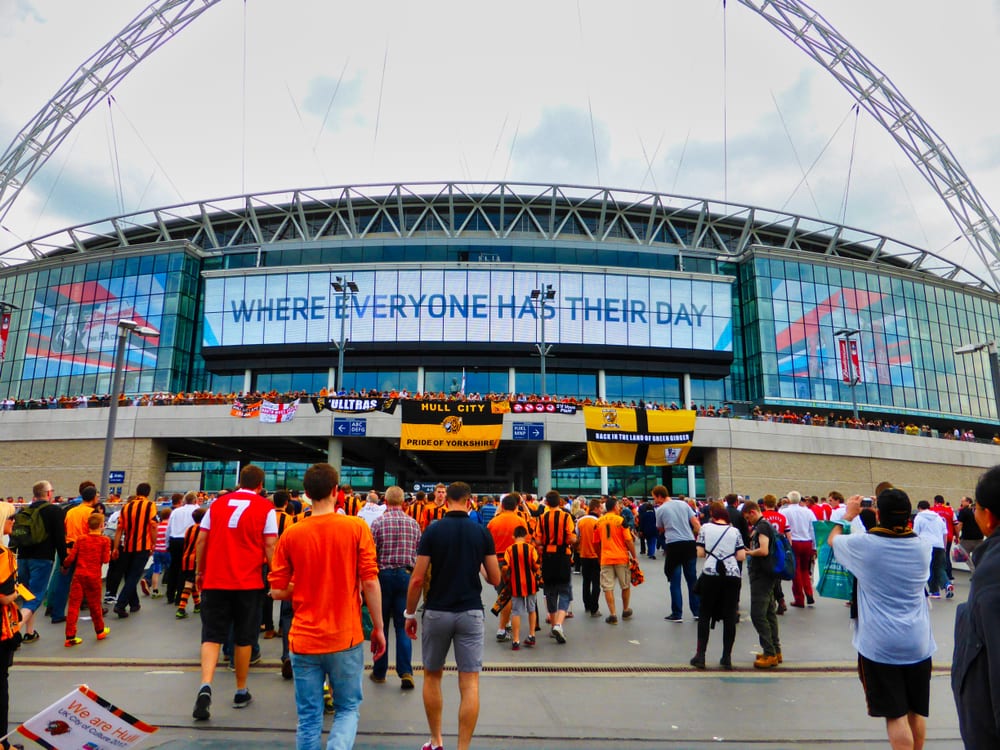 If the two pilot events with the Carabao Cup and the FA Cup semi final are successful, then we could see as many as 21,000 fans inside Wembley for the FA Cup final on May 15!

The plan to have 21,000 fans would see the majority of the allocated tickets going to the supporters of the two clubs that make it. Full confirmation of the plan going ahead will not be made until the two pilot events have taken place and been deemed as a success.

Who do you think will make it to the FA Cup final? Can Man City keep the quadruple dream alive? Check out the current best betting odds UK with TonyBet below:

When Will Fans Return to Premier League?

The big one – when will we see fans return to Premier League games in England?

All going well, restrictions should be further eased on May 17 – that’s two days after the FA Cup final. While nothing is 100% confirmed yet, as things stand, the final two match days of the season could be played in front of 10,000 in all Premier League stadiums. 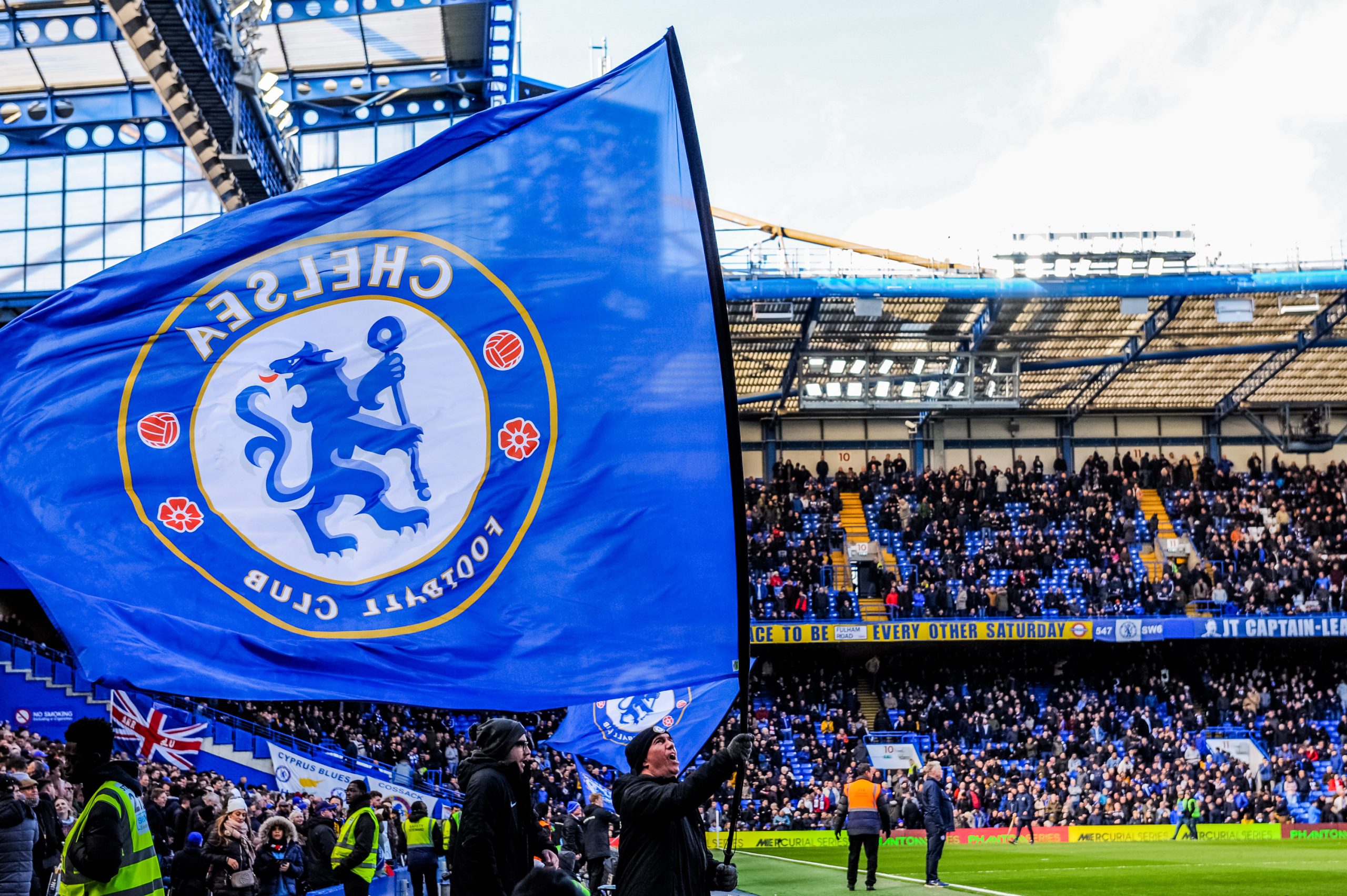 Next Premier League season and Euro 2021 Could Have Full Crowds

If things continue to go well, all current UK government Covid-19 rules and restrictions could be lifted on June 21. This means that the Euro 2021 games at Wembley and next season’s Premier League games could be played in front of full stadiums!

Nothing is certain yet of course – but we’ll be keeping our fingers crossed!

When Will Fans Be Allowed Back – Other Sports

Football is naturally grabbing all of the attention and headlines with regards to bringing fans back to UK stadiums. However, there’s a whole Spring and Summer of outdoor and indoor sport ahead – and fans could be there to watch all of it live!

The Snooker World Championships are due to take place between April 17 – May 3 at the Crucible in Sheffield. 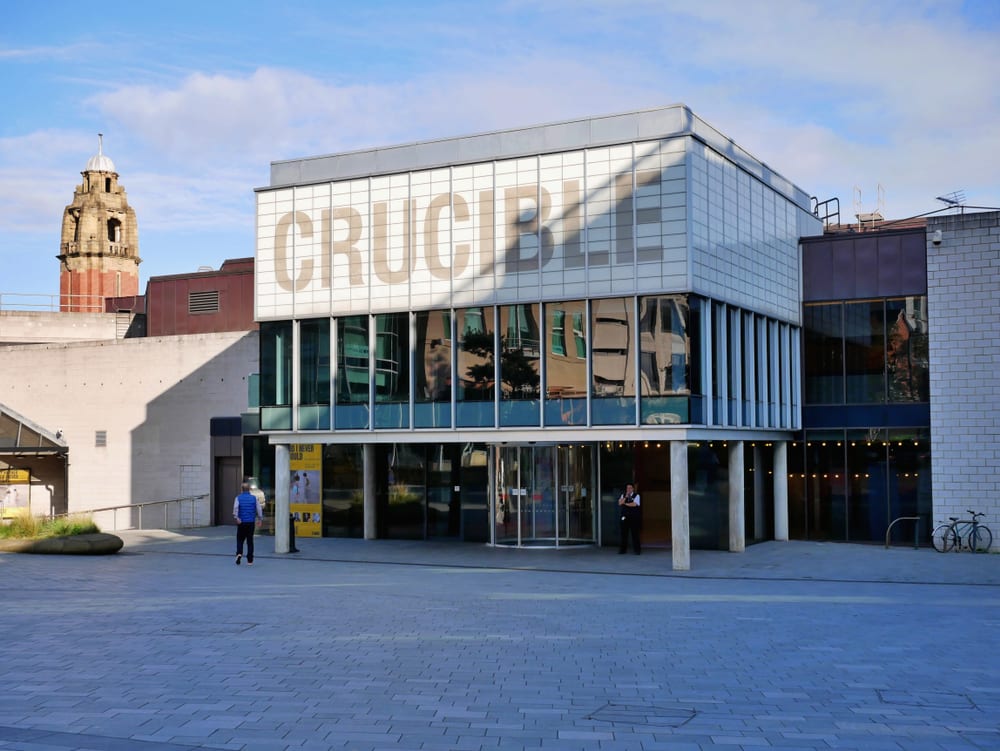 Alongside the Carabao and Fa Cup games, the snooker is among the pilot events being held to test the safe return of fans to indoor venues. A third of the 980 capacity will be filled for select matches to test how safely fans can return to indoor sporting events.

Outside of sport, a number of pilot events will take place in Liverpool, including live comedy night, an outdoor cinema and a night club event.

When Will Fans be Allowed Back UK – Cricket

The ECB is considering the use of vaccine passports to allow fans to attend games this summer. 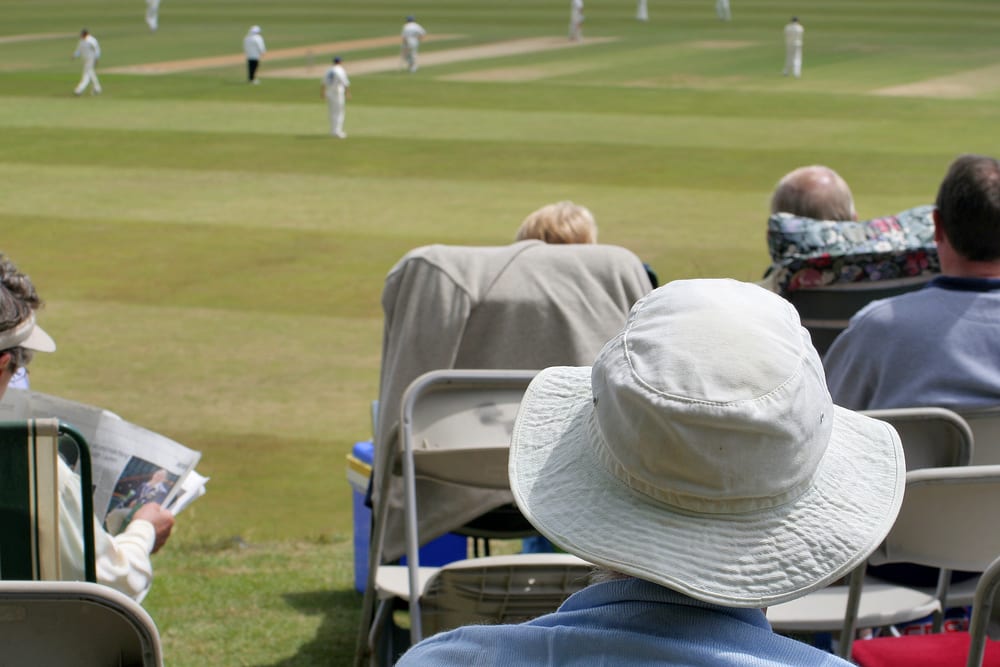 Back in February, we reported that country cricket was aiming to be the first sport to allow fans to attend. The initial plans had detailed hopes that general low attendances and an aging, largely vaccinated fanbase, would mean that fans could be allowed in from the start of season.

The county cricket season is almost open us, and is due to start on April 8 this week.

While no fans will be in attendance from the get go, plans are in place to have cricket venues back to 25% capacity from May 17. The proposed date of May 17 is aligned with the date for the easing of a number of restrictions in England.

Will There be Fans at Wimbledon? 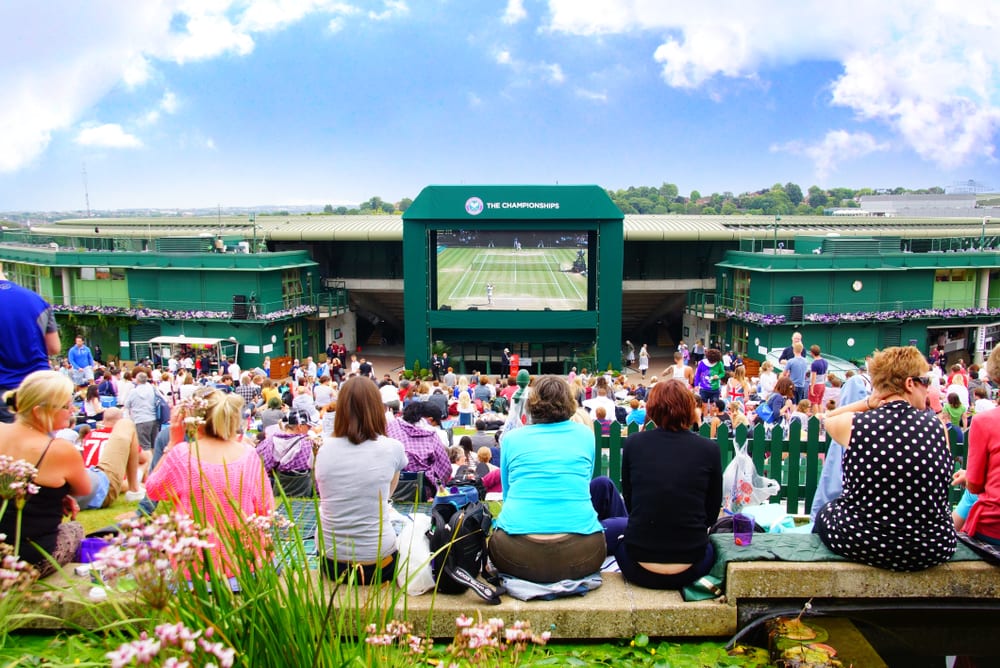 Wimbledon, the Summer Tennis Grand Slam 2021, is due to take place on June 28. Theoretically this does mean that, under the current UK government road map, the matches could be held in front of capacity crowds. This is because al current restrictions are due to be lifted on June 21.

However back in March organisers said that the championships were being planned with a reduced capacity in mind. While no exact details have since been released, Wimbledon chiefs and organisers have said they would react to the changes in circumstances in the UK at the time.

This means the number of fans allowed in stadiums could be increased or decreased accordingly. 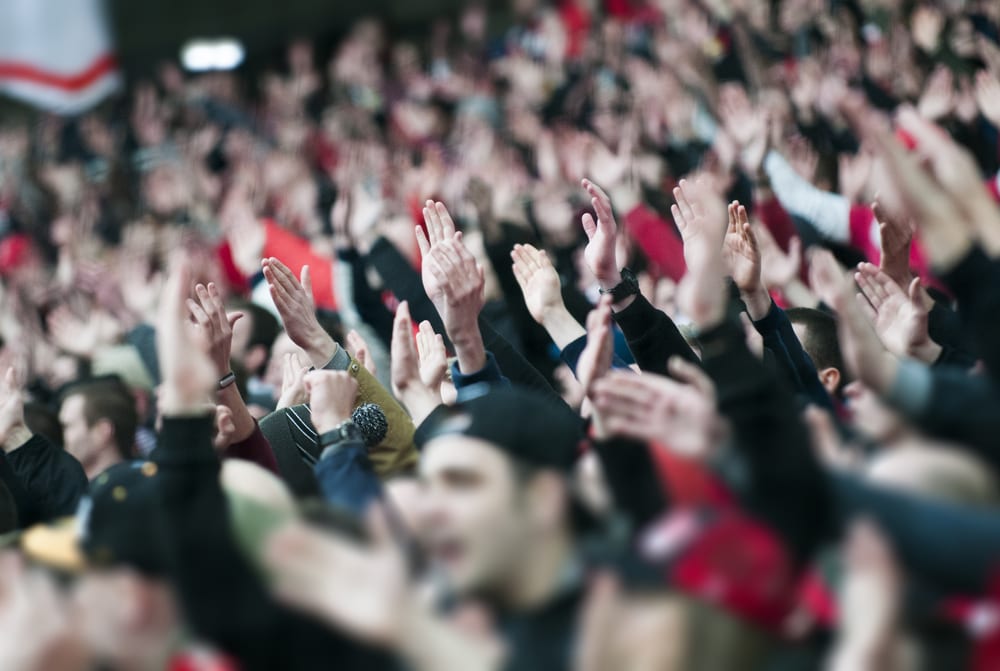 Tell Us What You Think!

Will fans be allowed back in UK Stadiums this Summer?

Do you think the government roadmap will go to plan and the pilot events will be successful? Even if the restrictions are all lifted on June 21, will sports stadiums be full throughout the summer?

Let us know your thoughts by Tweeting us @Betting_COUK!