The Match Was Postponed Due to United Fan Protests Yesterday

It’s been another quiet weekend in football… 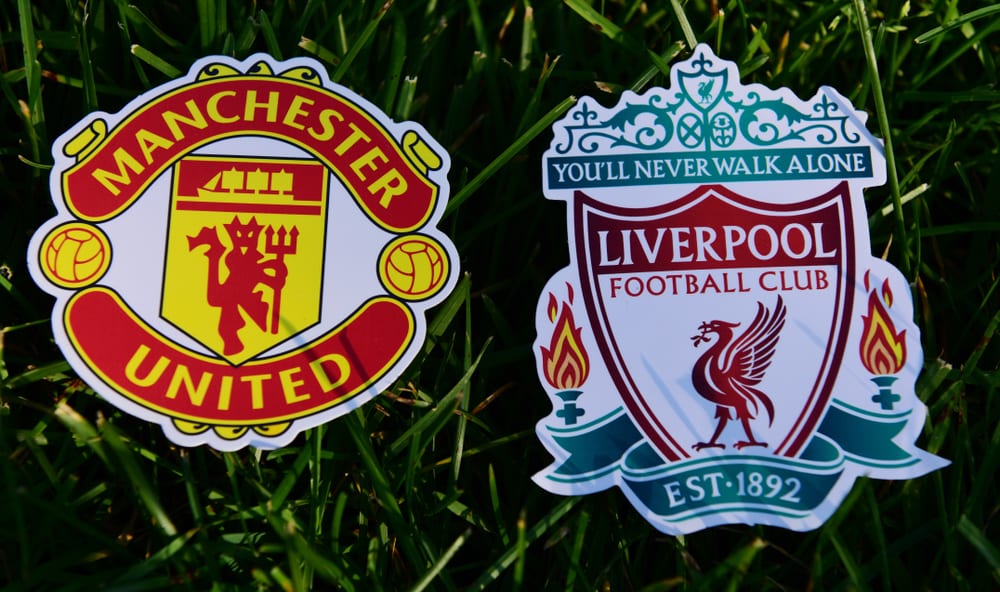 Manchester United vs Liverpool was postponed yesterday after Manchester United fan protests against the Glazer family ownership culminated in a few hundred protesters breaking into Old Trafford and storming the pitch.

The protests have sparked wide spread discussion once again, with the majority supporting the reasons behind the protests, but not the methods of the few who took things too far with acts of criminality and violence.

In the wake of the European Super League saga, protests around foregin billionaire ownership of English clubs and the role that fans can play n decision making will likely rage on for months and years to come.

The question that needs address more imminently addressed is when will Manchester United vs Liverpool be played now that it has been postponed? 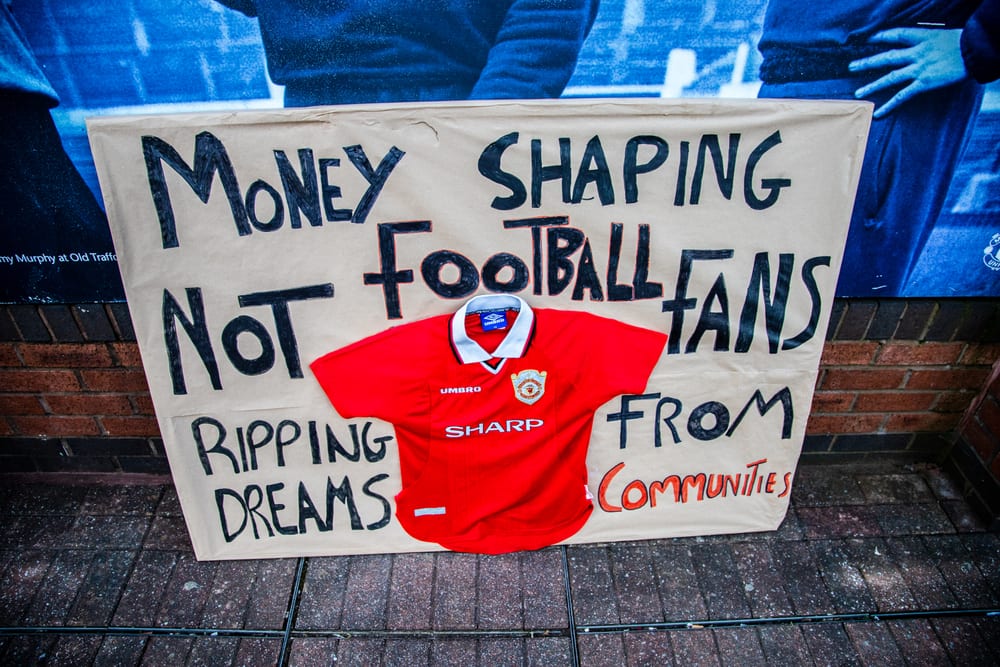 Thanks to their exploits in the Europa League, Manchester United only realistically have one window during which the game could be played – the 12th – 19th May.

This Thursday, the Red Devils have the second leg of their Europa League semi final away to Roma. United have four goal lead, meaning the tie is all but sown up. While it remains an excellent chance for Ole Gunnar Solskjaer’s site to grab their first bit of silverware, it does mean that United will play the final on 23rd May – just three days after they are due to play Wolves on the final Premier League match day of the season.

With the Euros impending, this all but rules out the prospect of the game being played once the regular Premier League season is over. Sunday 16th has therefore been put forward as the proposed new date for the fixture. However, that causes a clash with Liverpool’s current schedule. 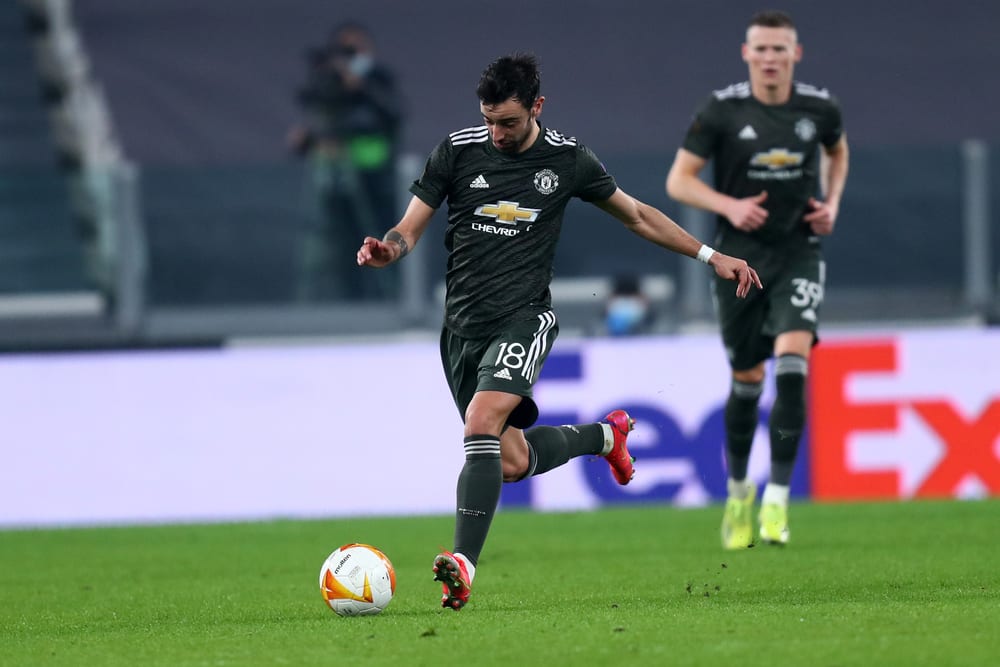 Liverpool vs West Brom to Be Moved?

After a disappointing season that sees Liverpool sitting outside of the top four and knocked out of all cup competitions, the Reds have a far less crowded fixture list in the run in towards the end of the season.

In fact, in the wake of their game being cancelled vs Manchester United, Liverpool’s match vs Southampton at Anfield on Saturday 8th May will be their first match in two full weeks. The issue lies with the fact that Liverpool are schedules to play away West Brom on Sunday 16th May – the only date that Manchester United could realistically squeeze in the game.

Therefore the Manchester United vs Liverpool match reschedule depends on West Brom agreeing to move their fixture with Liverpool forward to the midweek before Sunday 16th May.

So When Will Manchester United vs Liverpool be Replayed Then?

When it was announced on Sunday that Manchester United vs Liverpool was to be postponed, there were only really two realistic rescheduled dates put forward. Some were suggesting a hastily rescheduled game to be played sometime on the afternoon or evening of Monday 3rd. However, this was quickly written off as being impractical in terms of organisation.

Additionally the United camp most likely weren’t happy about having to play a big billing Premier League fixture juts three days before a trip to Rome on Thursday. Therefore the most likely option is that it will be rescheduled for Sunday 16th May – provided that West Brom agree to bring their fixture forward of course. 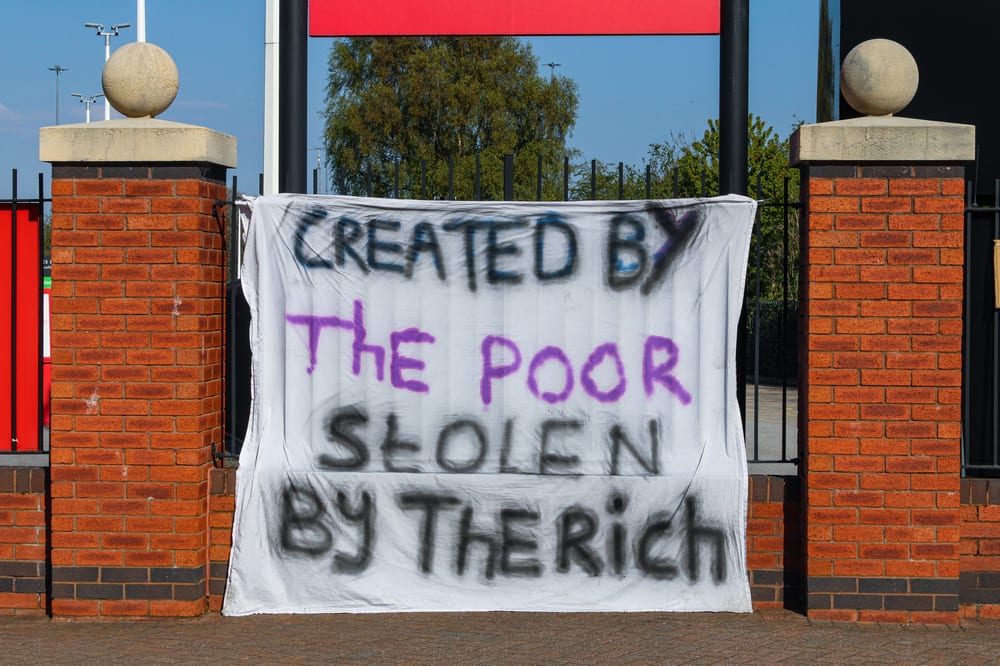 Could Manchester United vs Liverpool Not Be Played At All?

A third outside possibility is that the game could not be fulfilled at all if West Brom don’t agree to move their fixture and the two clubs can’t settle on another date. This perhaps isn’t as unlikely an outcome as might first have appeared to be though.

So what will happen if the Manchester United vs Liverpool fixture can’t be fulfilled?

As the game was due to be played at Old Trafford, where the fixture couldn’t be fulfilled, the responsibility for the fixture being called off completely, should that happen, would lie with United. Therefore if the fixture can’t be fulfilled at all, then Manchester United will have to forfeit the three points – which would be a massive boost for Liverpool’s top four hopes come the end of the season.

Liverpool vs Manchester United Postponed – How This Could Affect the Game

Even if the fixture is played, the postponement will influence the game and change the surrounding circumstances.

As well as being one of the biggest fixtures in world football, there was a lot riding on Sunday’s game. Victory for Manchester United would’ve meant delaying Manchester City’s title party and all but ending Liverpool’s top four hopes – two things that would’ve sat well with United fans. For Liverpool this was a massive game in their pursuit of a Champions League spot.

Depending on how results go between now and the rescheduled Manchester United vs Liverpool fixture, the circumstances could have changed drastically by the time the fixture is finally fulfilled.

If Liverpool fail to get a result vs Southampton at Anfield next week, their top four hopes could already be dashed by the time they meet United, depending on results elsewhere. At the same time, Manchester City could tie up the League this weekend if they beat Chelsea and United lose to Aston VIlla.

Therefore it is possible that this could go from being one of the biggest games of the season to effectively being a dead rubber thanks to the delay. 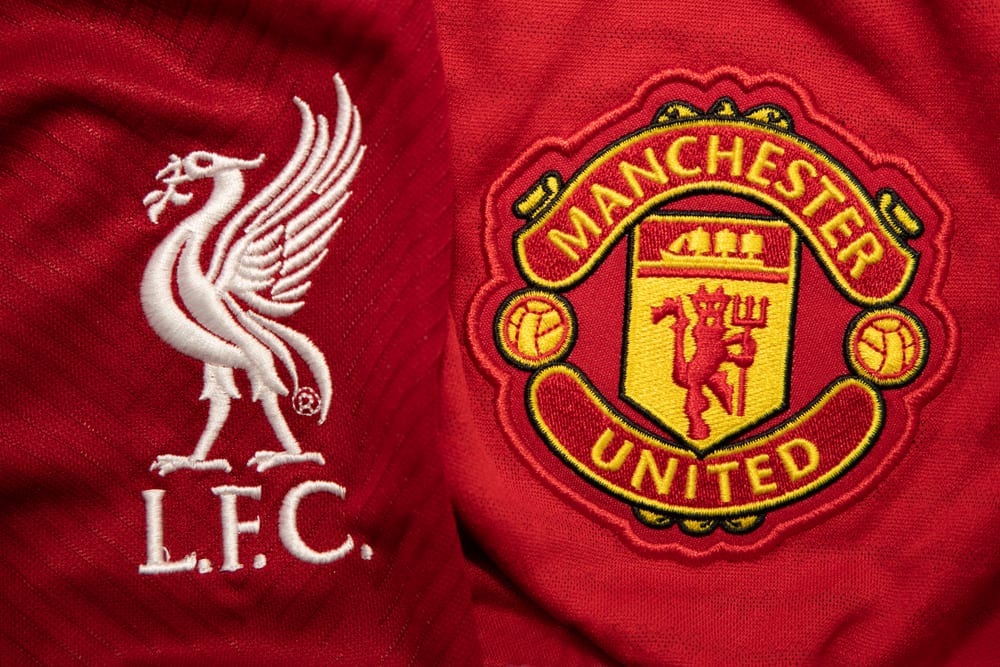 Ahead of the originally schedule Manchester United vs Liverpool fixture on Sunday, the bookies had it very tight between the sides. Perhaps surprisingly, Liverpool were very slight favourites with most bookies at odds of 2.4, compared to United being very close outsiders at 2.75. The draw was the least favoured outcome with the bookies at odds of 3.6, despite three of the last five ending without a winner in 90 minutes. Always stick with us to discover the bookmakers in the UK that offer great odds and work for you. We offer a lot of different reviews and articles, from discovering all of the Ecopayz bookmakers to posts like our 32Red reviews.

How will the delay influence the Manchester United vs Liverpool odds? Depending on what happens elsewhere, but they will most probably be altered quite considerably. For starters, Liverpool had a a full week to prepare for Sunday’s game, compared to United’s two and half days. Should the game be played on Sunday 16th May both sides will have played just three days before the fixture takes place, levelling the playing field in terms of preparation time.

You can check out the football odds page here at Betting.co.uk for updates on odds and betting info once we know when the fixture will be played. You can also keep an eye on Manchester United vs Liverpool and other Premier League odds at TonyBet.

What do You think about Manchester United vs Liverpool? When will the game be played and how the the postponement influence the outcome? Will Liverpool make top four, or lose out?

Let us know by tweeting us @Betting_COUK!