Best Betting Sites UK / News / The Foolish Bettor: Why I put £10 on Norwich to Survive

The Foolish Bettor: Why I put £10 on Norwich to Survive

Betting.co.uk is, unsurprisingly, a betting website. We love to dabble as well. But sometimes we get it wrong — very wrong. And often it’s the guy running the site.  In this series he will share with you his regular betting mistakes as part of a cathartic exercise to remind us we’re all human.

Yes. I’m an idiot. But hear me out first.

During our weekly editorial meeting we had the idea to write up a “great escape” article for Norwich. At the time of conception, they were seven points off safety. They faced off against Watford away next, and if they won that game then it really, really, really could happen – *queue Universal by Blur*.

But just to be sure, we also checked out the major fixtures of the bottom three:

At this point, I was more than convinced — I was certain.

Teemu Pukki would regain his brilliant form and score 10 goals a game. Delia Smith would rise out of obscurity once again to rally the troops. The Canaries would sing! Let’s be having you!

And then the worst thing possible happened. 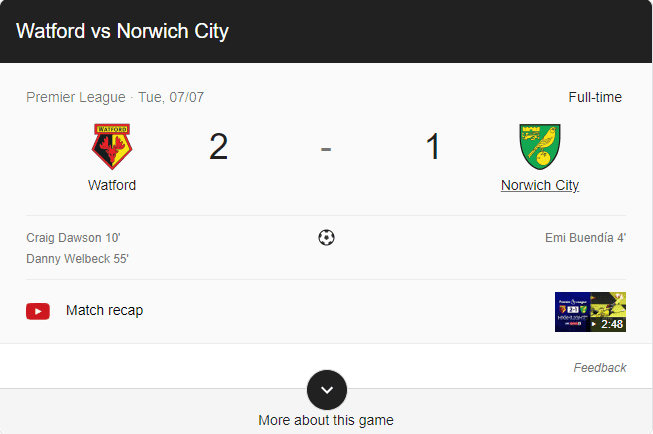 Was I caught up in the moment? Yes.

Did I at the time genuinely think that Norwich would survive and I would be £1,500 better off? YES!

Have Norwich been terrible all season? Well, they beat City 3-2. But yes, they have.

Do I regret backing the worst team in the league to survive? Nah, that’s what having a punt is all about. If it came off, I’d be the genius.

But right now, I am the mug. Better luck next time, ey.