WrestleMania 37 took place over two nights for the second time in the company’s history, partly due to the pandemic. However, this time around, WWE had other plans.

Fans were able to attend this year’s Mania, with a limited capacity of 25,000 each night in the Raymond James Stadium in Tampa, Florida.

‘Mania 37 was made up of 14 matches overall – seven on both Saturday and Sunday. Now, the dust has settled, and we reflect on each match of the biggest wrestling event of the year. 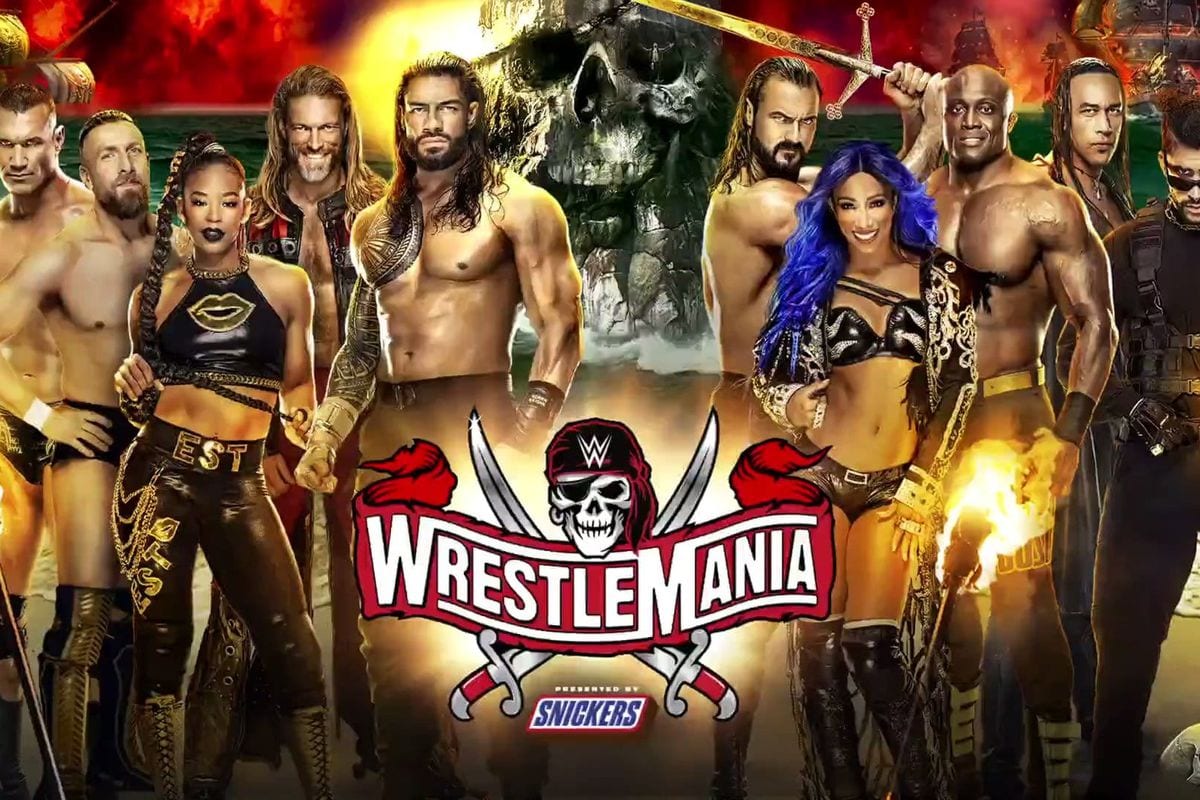 The title match opened the first WWE event with fans in attendance, with Drew McIntyre first to enter the arena with some of the WWE Universe present. While not exactly a huge eruption of fans, there was clearly still some buzz & excitement around the stadium.

The two heavyweights performed well in the match, which was a physical battle after a fairly long-standing feud in the lead up to ‘Mania. After surviving a number of future-shock DDT’s, Lashley applied the Hurt Lock manoeuvre to retain his WWE championship.

Of course, there was interference from the Hurt Business manager, MVP, distracting McIntyre before he could deliver a devastating Claymore kick. A good opening fight to set the tone.

To determine the No.1 contenders for the women’s tag-team titles and a title match on night 2, the five tag-teams fought in the ring. To be honest, this match was littered with missed spots and mistakes, which was mainly due to the rushed time restraints.

The Riott squad showed the best performances out of the tag-teams, but weren’t able to pick up a win – defeated by veterans Natalya & Tamina.

WrestleMania was back on track with a high-quality singles match between two of the best & most-respected in the industry. It was technical, physical, enduring – everything you could want from a wrestling match.

What made it even more impressive was the fact it was just a singles match – no titles involved, no year-long feuds. Just a relatively quick feud, that ended up producing one of the best matches of night 1 on The Grandest Stage of Them All.

Many looked at this fight on the card and maybe thought it wouldn’t be a good match – they were wrong. Whilst the main aim of the match seemed to be the introduction of Omos as an in-ring performer, the tag-team match did exactly that.

The crowd had a huge pop as Omos dominated in the ring, throwing Kofi Kingston and Xavier Woods all over the place, before pinning former WWE champion Kofi Kingston with one foot on his chest, barely fazed by the now-former tag team champions.

Styles and Omos also combined for some good spots, much to the crowd’s excitement, with a particular phenomenal forearm from Styles from Omos’ shoulders particularly entertaining. 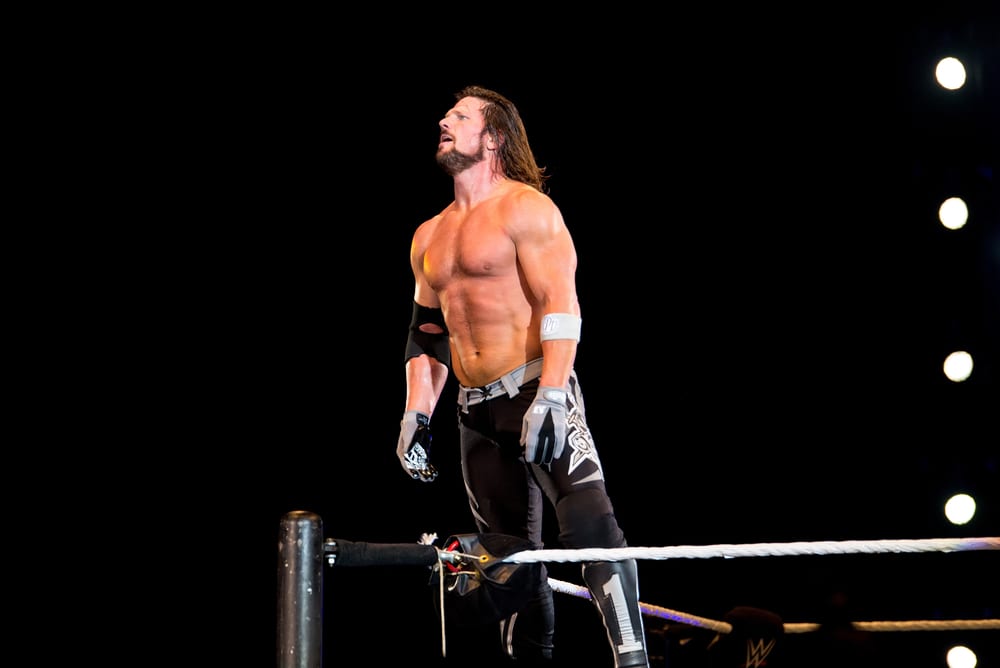 With a long build-up, the McMahon/Strowman feud was a marmite situation for some WWE fans – you either really like it, or you really, really don’t. Either way, many won’t deny that the cage match at ‘Mania was the highlight of the feud.

Strowman sought revenge, and did exactly that. As well as throwing his opponent off the top of the cage, Strowman literally tore through one side of the cage with his bare hands.

Arguably the biggest surprise of the night was just how good Puerto Rican rapper Bad Bunny was in the ring. Comments such as “Bad Bunny has no right to be this good in the ring” shows just how well he handled himself.

The Miz & Morrison played the heels of the match extremely well, which added to the crowd’s love for Bad Bunny even more. All of the wrestlers involved were able to make it work, with some high-flying spots, and an entertaining match.

After making his WWE main-show debut in the Royal Rumble, Damien Priest was also a big-hit with the fans – whether that was because he was Bad Bunny’s tag-team partner, or not, is a different story. 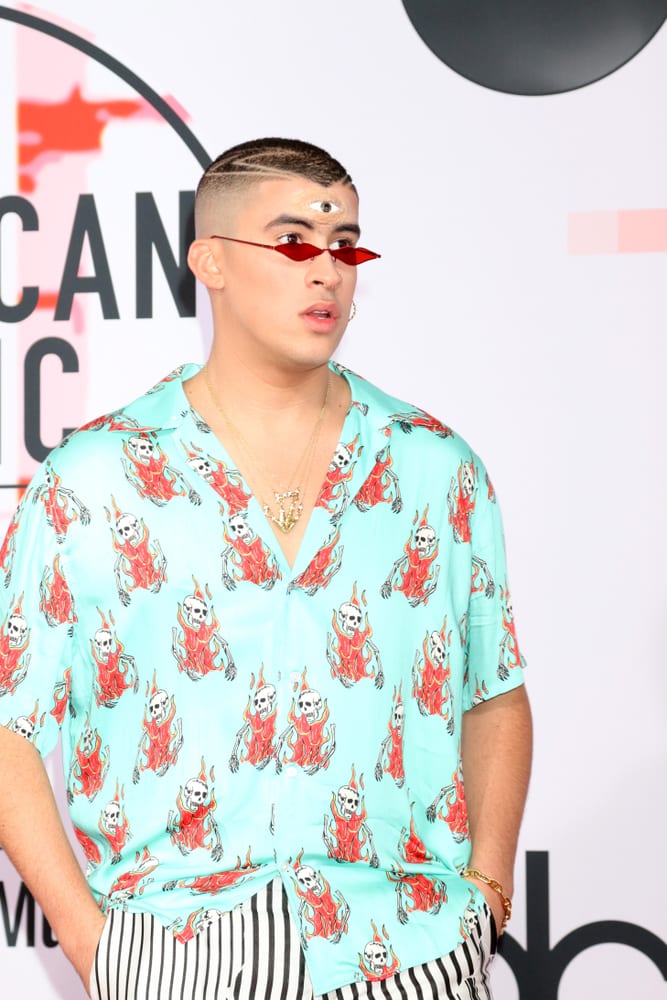 Making history as the first two black women to main event at WrestleMania, both Banks & Belair gave absolutely everything to make the main event as good as it was.

It’s definitely one of the best women’s matches in recent history, with the athleticism and in-ring excellence showcased by both women.

Nothing in this world is perfect, but we have to say, this main event is pretty close. It had everything, and even as Belair pulled off the win, claiming the SmackDown women’s title, Banks couldn’t help but smile after a triumphant effort from them both.

In complete contrast to night 1, the opening match was fairly bizarre. In what has been a feud lasting over six months, this one didn’t live up to the standard and potential of how good this could have been.

Orton was able to land some offensive moves, before a single RKO was enough to pin The Fiend. There was a distraction from Alexa Bliss for Wyatt, meaning that the story will continue.

Night 2 of ‘Mania was off to a much slower start, and unfortunately, the second match didn’t make things much better for the WWE Universe. It was a strange finish to the title match, too, with Natalya losing focus on who was the legal opponent.

The champions took advantage, with Baszler locking in the Karifuda clutch to retain the titles. This really wasn’t the best way to showcase the women’s tag-team division.

This singles match between rivals saved the night from having an even longer disappointing run. Instead, this battle started the run of high-quality matches, and was a very good fight from start to finish.

Combining their lengthy history, and long-standing feud, it’s clear that these two work really well when in the ring. After a lot of back and forth, and a fierce battle, Owens was able to come away with the win thanks to a stunner.

On top of that, KO also stunned YouTuber Logan Paul, who was at ringside. Paul brought some extra heat, as a very over heel, which just added to this great match. 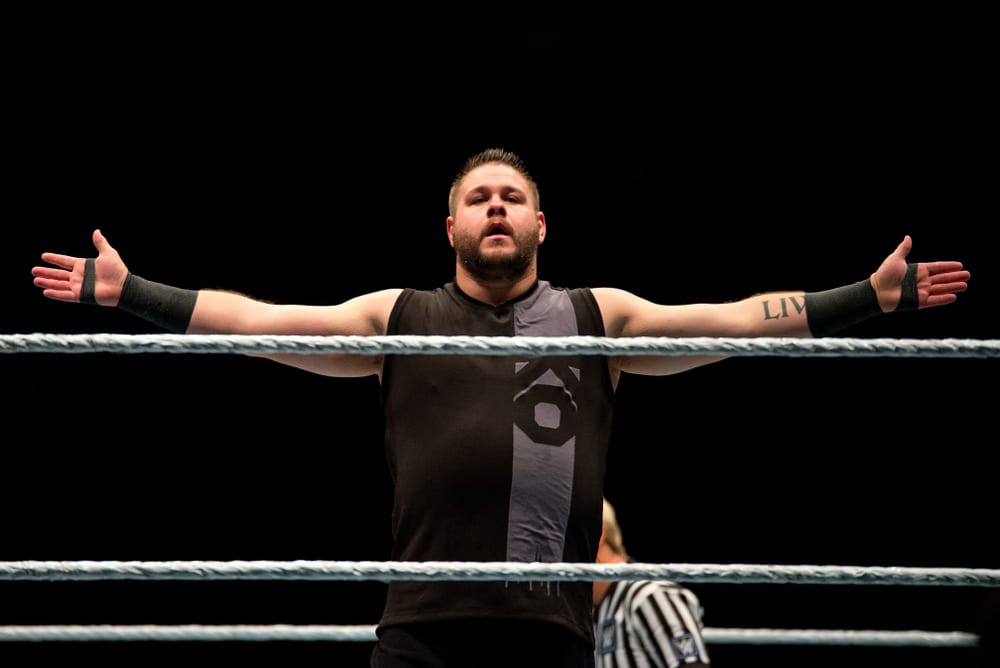 US Championship match: Riddle vs. Sheamus – 8/10

Apart from the main event, the singles match for the US title was definitely the best fight of night 2. Both athletes hit each other with everything they had, and both kicked out of each other’s finishing moves which was very impressive.

Despite what could have been a disaster spot towards the end of the match, Sheamus and Riddle were able to fix the botch in real time, and saved the match with a great finish. 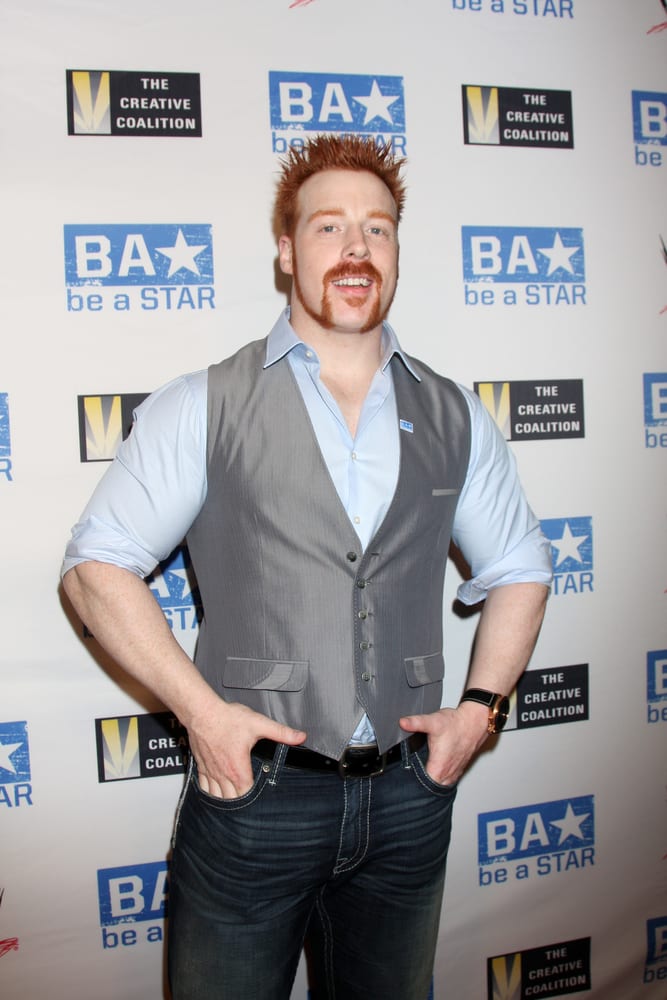 For the Intercontinental Championship, Apollo Crews had his seventh opportunity of getting his hands on the title. Big E was extremely over with the crowd, and was able to use that as a babyface to bring the match even more entertainment.

It was a good match, and with what was basically a ‘No Disqualification’ stipulation, there were some exciting spots involving weapons such as kendo sticks, steel steps, and – of course – Nigerian drums.

The fight didn’t overstay its welcome, either, and was just about right for all the spots to be delivered well, whilst still keeping it exciting for fans watching.

A physical battle for the Raw women’s title was a good match, especially for Rhea Ripley’s ‘Mania debut. It was a good battle, with both athletes showcasing their in-ring strengths.

The only downside to this one was the rather flat crowd, who didn’t seem as interested in the match as others that night, and was nowhere near the energy of night 1’s main event. Nonetheless, it was a well-delivered match and Ripley winning the title was nice to see.

As the final match of WrestleMania 37, the highly-anticipated triple-threat match certainly lived up to expectations, with the fans in attendance really giving it their all.

The main event has been built really well in the months leading up to ‘Mania. With WWE veteran Edge winning the Royal Rumble, and Daniel Bryan coming into the fold after a fairly long-standing feud, the Big Dog was up against it.

All three superstars shone at various points of the match, and The Big Dog showed the world why he is WWE Universal champion, pinning both Edge and Bryan to finish the match – a very clever finish, emphasising Reigns’ dominant run in the company.

What’s Next in WWE?

Shortly after the main event on night two, the WWE announced its next PPV – WrestleMania Backlash, set for May 16. The PPV will also take place in Tampa, Florida at the Raymond James Stadium, allowing fans to attend once more for the event.

Already a confirmed bout for Backlash is a rematch for the WWE Championship – Drew McIntyre will get a chance to avenge his loss at ‘Mania against Bobby Lashley.

Looking to Bet on WWE? Check out the latest UK odds with TonyBet right now!

It’s one of the biggest annual sporting events in the world, and ...