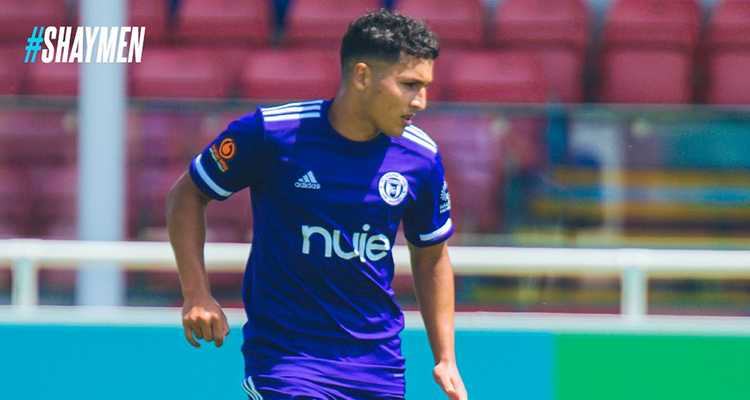 Having been released by Championship side Sheffield United in the summer, Capello has joined fellow Yorkshire side Halifax ahead of the 2022/23 season.

Capello had been with the Blades since the age of 12, yet spent the back-end of last season on loan at National League North side Blyth Spartans.

Following his release, Capello had teamed up with Halifax earlier in the summer, playing as a trialist in their pre-season friendlies.

Read: What would a National League Central division look like?

With international experience, Capello received his maiden call-up for Belize in a 2018 and made his senior debut in March 2021 qualifier against Haiti.

Speaking to FC Halifax Town’s YouTube channel following his arrival, Capello expressed his excitement for signing for the Shaymen:

“It’s a privilege to be honest, it’s a great opportunity for me,” explained Capello.

“The players, the manager, the facilities are all suitable for me and the way I want to play.

“I was there (at Sheffield United) since the age of 12, but I never really got my chance in the first team and that was a big factor in me coming to Halifax.”

The 20-year-old forward is the latest in a long list of summer arrivals at the Shay, with Millenic Alli also joining Halifax recently.

Along with new manager Chris Millington, Halifax will begin their National League campaign on August 6th away to Barnet.

NLN | Blyth in battle at the bottom, as Curzon continue charge