Curzon Ashton manager Steve Cunningham is aiming for a record-breaking season this year in the National League North. 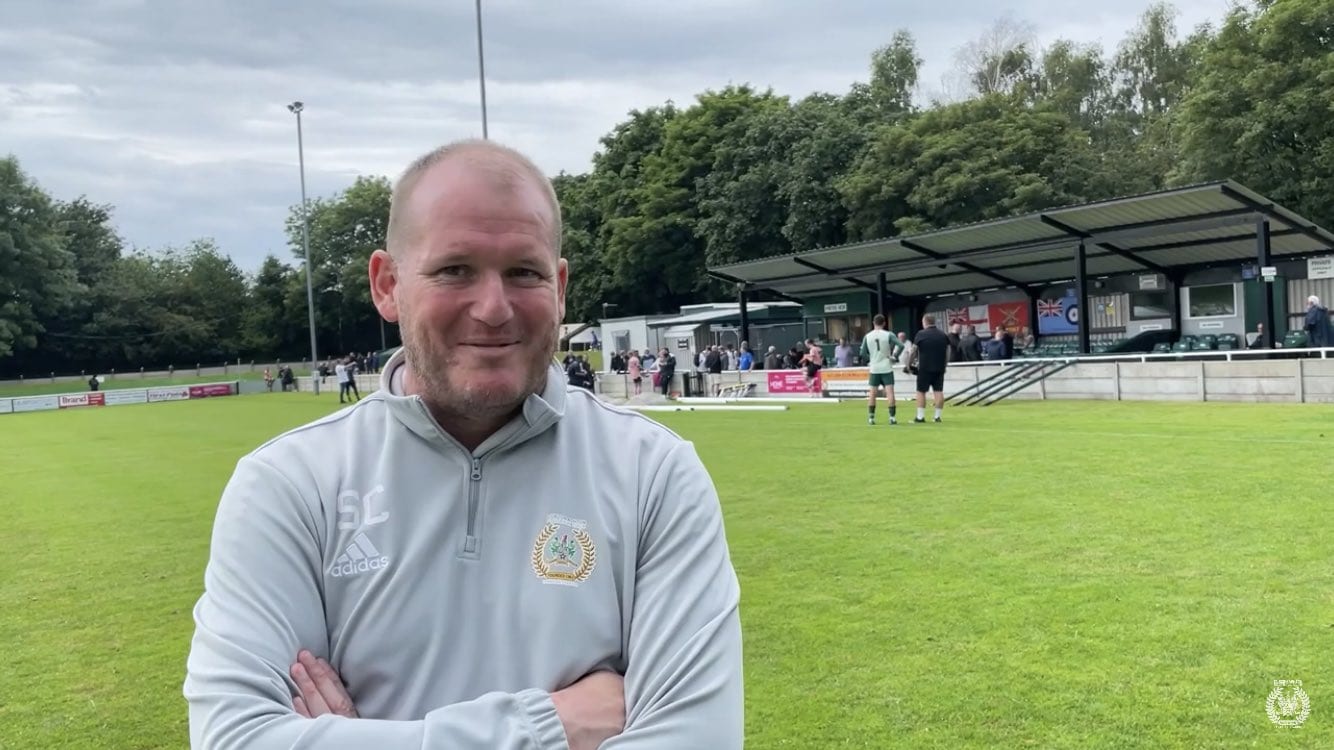 Despite being perennial relegation favourites, The Nash have survived at Step 2 since being promoted via the Northern League playoffs in 2015.

The former Colne boss took over from Mark Bradshaw ahead of last season, although the league was declared null and void in February with less than half of fixtures played.

It’s clear that Cunningham has big ambitions for his side, who have added National League North winner Adam Thomas to their squad following his release from Stockport County.

“We want to break records this year – not necessarily reaching the playoffs, but we want to achieve good things. We’ve set targets as a dressing room and as a football club. We want a really good season and to break records – whether it’s league position, most wins, goals scored or fewest goals against. We’re targeting those areas because we want to build from last year. We’ve made some really good additions to the squad – once they gel, I’m excited about the season we can have this year,” he said.

Squad nearly complete, with room for extra options in defence

Cunningham has already added goalkeeper Chris Renshaw, attacking midfielder Alex Curran – a player he knows well from his days at Colne – and former Chesterfield striker Jack McKay to his squad.

With the squad taking shape, fans shouldn’t expect too many more new faces to arrive at The Tameside Stadium, with the manager concentrating on strength in depth in his back line.

“The only position I’m looking to fill is centre half – we've got a couple of irons in the fire that we’re working on. We’ve got a big squad of players – just waiting for a few to come back from injury so we can be really competitive”, he said.

Curzon kick off their campaign against Chester one of the favourites for the title, followed by a first home tie against Guiseley. It’s not the easiest of starts, but for a club of Curzon’s size, being the underdog is common at this level. Cunningham’s optimism is hard to miss.

“It’s a tough one! I’m excited by getting Chester first. I wanted that game and called it before the fixtures came out – I know (Chester joint managers) Bernard Morley and Anthony Johnson well. I wanted to manage in this division because some of the stadiums we have the privilege of going to with a full crowd, you feel like you’re at a really good level. It doesn’t get bigger than Chester away for me – 2000 people watching, fantastic stadium, great people and a match against one of the favourites. “It’s an exciting opening to the season. There are no easy games – we're meant to be everyone’s easy game, and we can’t play ourselves! The previous manager’s done really well here – it's well known we are the small fish in the pond, but we have a good honest group, and I think we will definitely make some noises this year,” he said.

Stockport Town in midweek. As is always the case at this time of year, the line ups haven’t been that familiar with trialists doing what they can to impress.

Following the game against Town, Cunningham was grateful for the minutes his squad received on a sunny evening in Stockport but was disappointed by his side’s lack of a clinical edge. Town goalkeeper Josh Schofield – a new loan signing from near neighbours County – kept his side in it with a string of impressive saves.

“Stockport gave my young team a good workout – the playing surface was challenging for the lads. It was sapping on the legs, and you could see that near the end. The stats will tell you we’ve had 25 attempts on goal, but only worked 12 of those. 25 crosses into the box, only scored 1, with the other being an own goal. It’s disappointing from an attacking sense that we haven’t killed the game off. I’m sure they wouldn’t mind me saying we should have been four up at half time and we haven’t closed the game out. At least we were creating opportunities so I’m happy with that.

“When we made the changes, I expected the tempo and quality to be better, which it was. They played against Trafford, and I wanted to get my eyes on the lads training with us too. They caught us when we were over committing – I thought their goal was offside by quite some margin, but that made it closer than it probably should have been.

“I’m very confident about this year. I do believe if we can start well, be consistent in results and performances, I think it will be a season we can look back on next time and say it’s something to build on further.”

Tickets are available via the club website for the team’s first home friendly against Salford City on July 27.

Curzon Ashton manager Steve Cunningham is aiming for a record-breaking season this ...