Paul Phillips recognises the task ahead of his Matlock Town players will be difficult, but he believes they have the squad to compete at the top end of the Northern Premier League Premier Division this season. 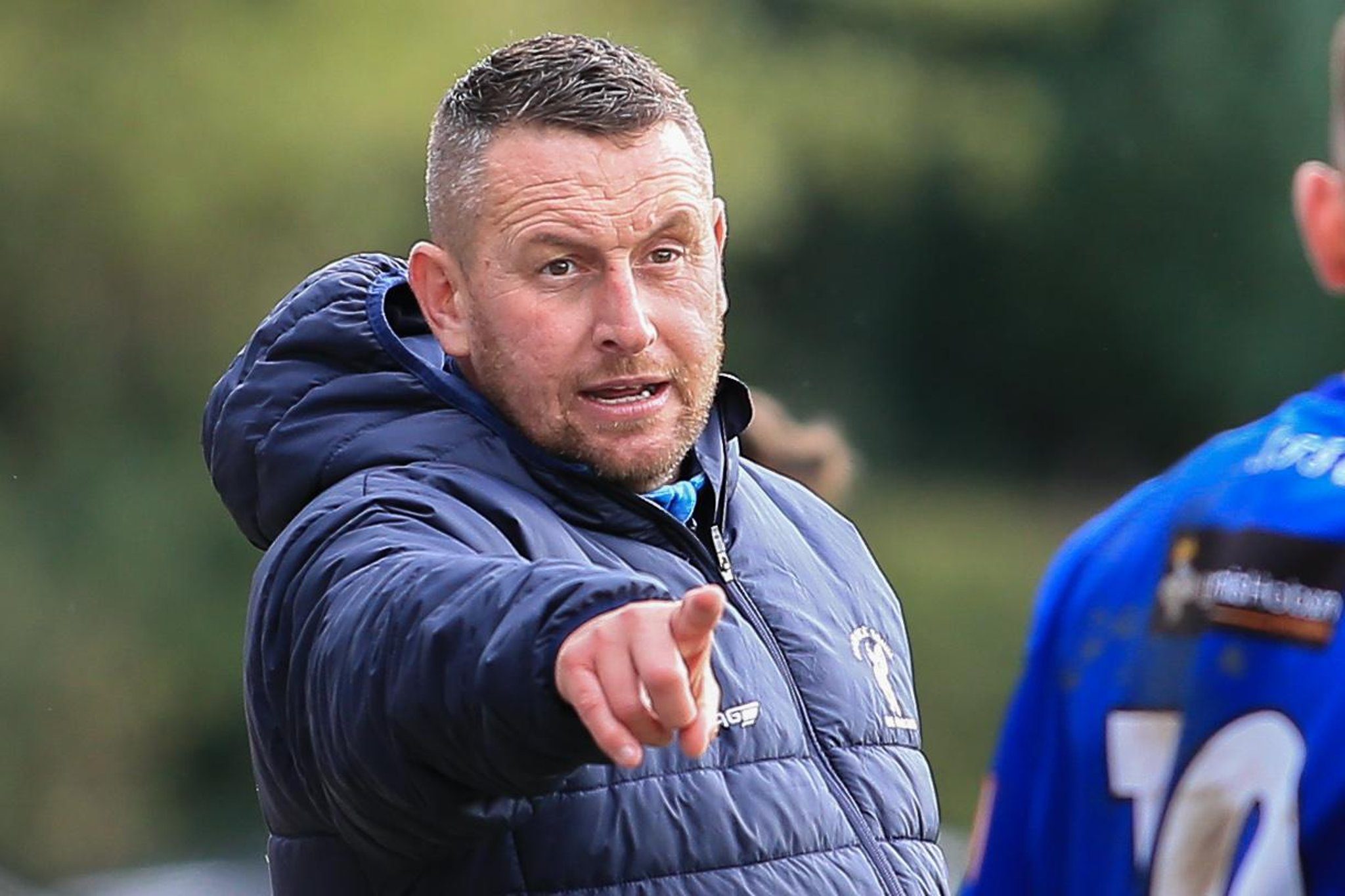 Phillips Confident Ahead of Difficult Campaign

Nestled deep in the Derbyshire countryside, Matlock as a town is often recognised more for its rolling hills and rural walks through the Peak District, than it is its football. Yet, under the stewardship of Phillips, the Gladiators are building a side capable of challenging the Northern Premier League’s big guns.

Since taking charge in January 2020, the former Ashton United boss has endured a stop-start time to life as Matlock manager. Without a full season under his belt at the club, the first target for Phillips this year is to see a full fixture list played out:

“There’s been a few postponements around the leagues already which is frustrating, but it is great to finally have competitive football back”.

Unlike other clubs, Matlock enjoyed a relatively unhitched pre-season, winning eight of their nine friendly fixtures, including an impressive 1-0 victory at home to League Two Mansfield Town:

“Pre-season was really good for us and we managed to beat some strong sides.

“We were able to keep the group pretty stable from last year, compared to the previous pre-season where there was quite a bit of change”.

Phillips later added that: “We’ve got the nucleus of what we want to do, it’s just about fine-tuning and getting the right people to buy into what we’re trying to do”.

Humbling Start to Season for Matlock 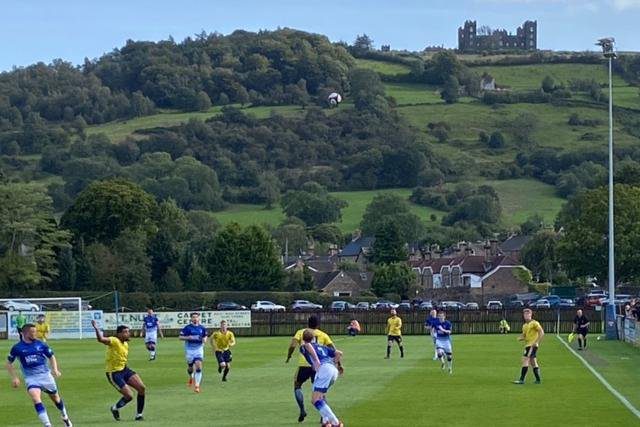 Despite a confident pre-season programme, Matlock were left disappointed following their opening match of the campaign, with Phillips’ men beaten 2-0 away to Ashton United.

“After a strong pre-season, we started against Ashton like we didn’t know each other. I said after the match I’d have taken losing every game in pre-season if it meant we won our opener because that’s when it really matters”.

It didn’t take Matlock long to bounce back, with the Gladiators picking up their first win of the season just 72 hours later, seeing off Basford United 2-1, despite playing a big chunk of the second half with 10 men.

Club legend Ross Hannah netted twice for the home side, before the former Bradford City striker was sent off during the second half.

“It’s always nice, a relief. Ask any manager, they’ll tell you getting those first three points on the board is a massive confidence booster not just for me, but for the club and players too”. 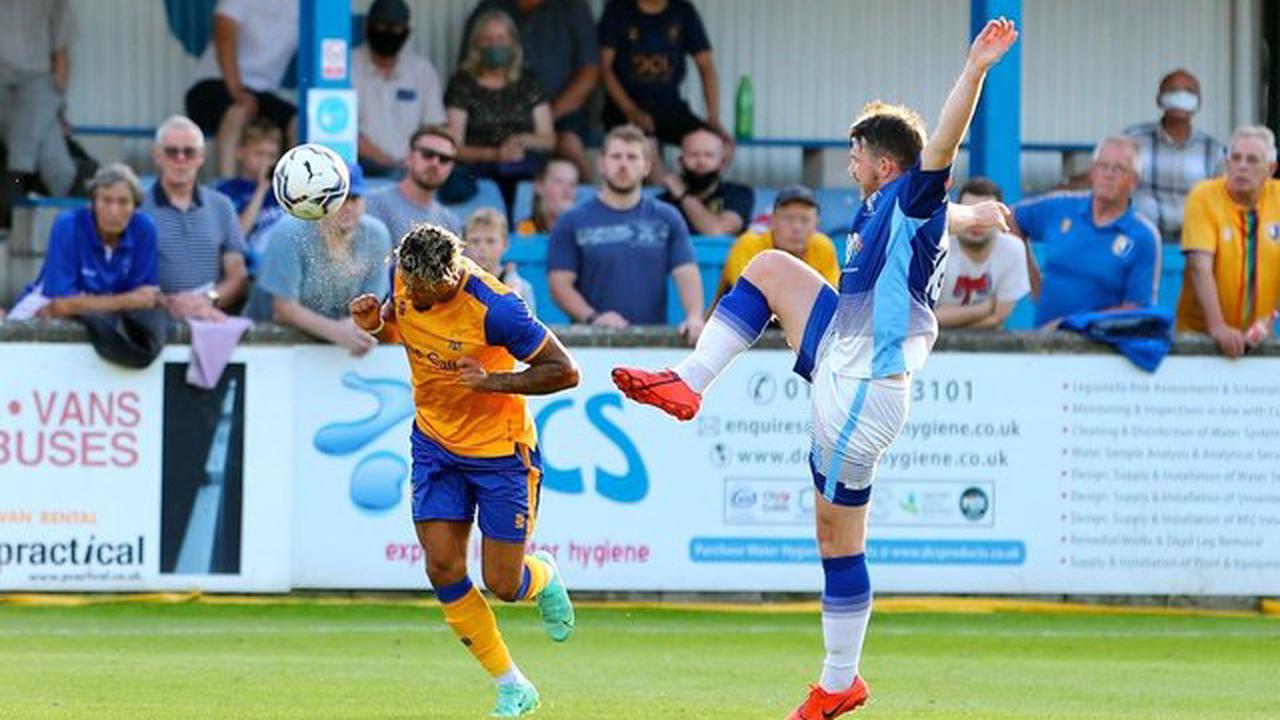 Relating the feeling to a cricketer scoring their first runs of an innings, Phillips has urged his Matlock players to push on and challenge for more points.

Continuing the cricket metaphor: “It’s now time for us to go and get our 100 (runs) so to speak. We want that first three points to give us the momentum to carry us forward from here”.

Having made the switch from local rivals Buxton when he originally joined Matlock nearly two years ago, Phillips hasn’t been afraid to lay down the law during his time in Derbyshire:

“After the (Ashton) game we knew we’d let not only ourselves or the club down, but also the supporters who turned up in numbers for the match and that’s why it was so important to bounce back the way we did against Basford”.

Character Amongst Group Stronger than Ever 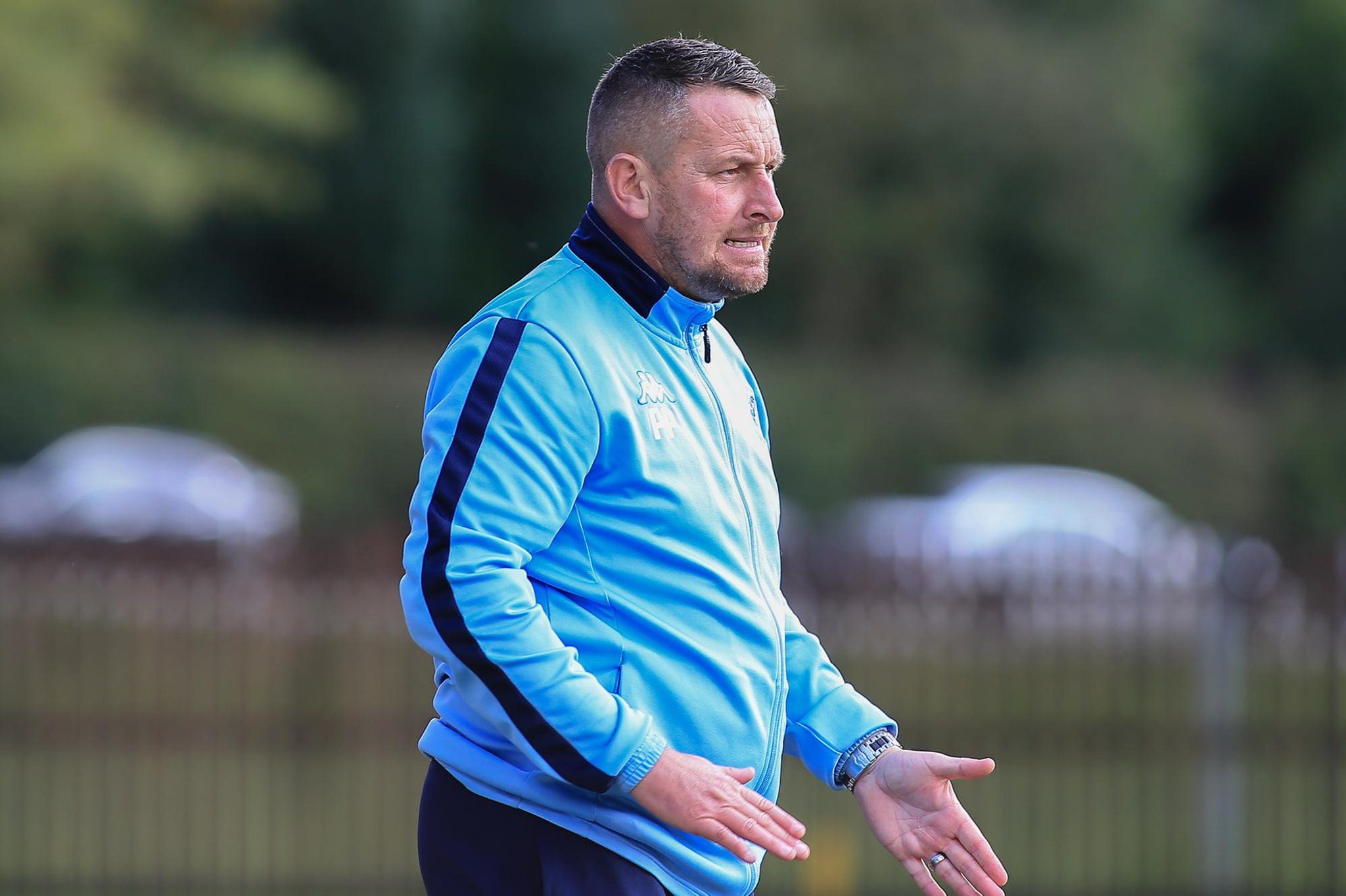 With experience at a number of different North West clubs, Phillips knows what it takes to be successful at this level and he believes this crop of Matlock players have the credentials to compete for titles.

Despite their 143 year history, Matlock have never played higher than the seventh tier, with a first-ever promotion to the National League North the target for 2021/22:

If Matlock are to achieve their goal of making the jump to the sixth tier, it won’t be easy for the Derbyshire club and Phillips is acutely aware of the challenges that lie ahead:

“We don’t have the money other big-spending teams have and we’ve been missing a couple of players through suspension or injury.

“If we can get a clear run of injuries, obviously stay away from the Covid side of it and get a little bit of luck too, I think we can have a right go.”

Matlock continue their pursuit on the Northern Premier League when Hyde United visit the Proctor Cars Stadium this weekend, before a midweek trip to face fellow promotion hopefuls Nantwich Town.

888 Bonus
Bet £10 Get £30 in Free Bets + £10 Casino bonus
T&Cs apply
9.9/10
Min deposit £10 • A qualifying bet is a ‘real money’ stake of at least £10 • Min odds 1/2 (1.50) • Free Bets are credited upon qualifying bet settlement and expire after 7 days • Free Bet stakes are not included in returns • Casino Bonus must be claimed within 7 days, wins are capped at £500 • To withdraw bonus/related wins, you must wager the bonus amount up to 40 times its value within 14 days • Casino Bonus expires after 60 days • Casino Bonus can be used on selected games in casino only • Restrictions apply to withdrawals, payment methods & countries & full T&Cs apply