Solihull Moors | Striker Danny Newton out to prove a point

Solihull Moors striker Danny Newton is out to prove a point this season as his side continue to climb the National League table. 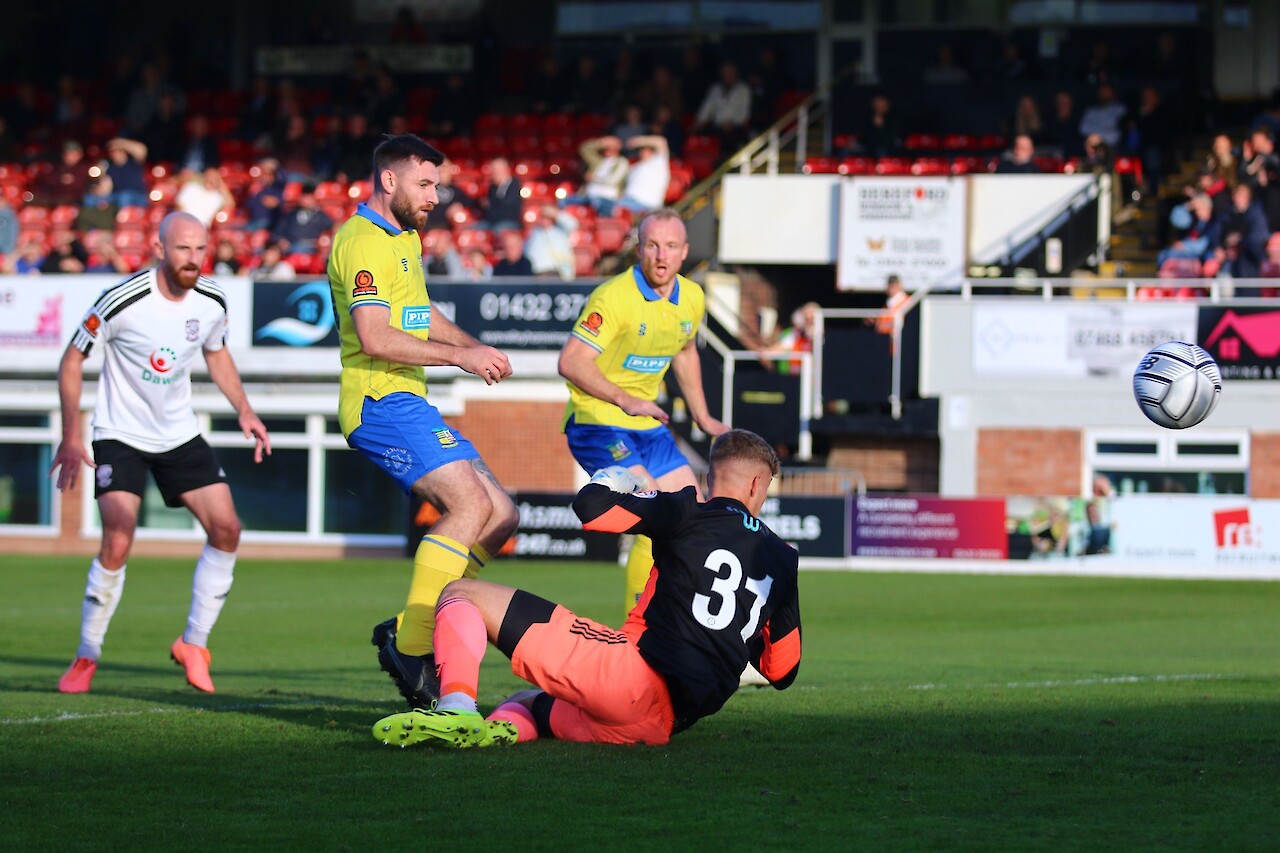 The Damson Park side are unbeaten in five league games and are up to fifth in the table. They travel to Wigan Athletic in an eye-catching FA Cup first round tie next weekend.

The 30-year-old joined The Moors over the summer, after four years playing at Stevenage in League Two.

Injury frustrations have clouded his view of his former club, and he welcomed the chance to start anew after being released in June.

“When I first signed for Stevenage, I did really well and I enjoyed myself there. Everything seemed to be going right. Then I got an injury that could have been sorted fairly quickly, but it wasn’t.  I tore the cartilage in my ankle, and this injury was really poorly managed and poorly dealt with. It should have been sorted in three months, but it ended up taking 18.

“That kind of tarnished my time there, and made me need a fresh start.  It felt like it was done on the cheap. I had a bit of resentment being there, I needed a fresh start and new focus.  It was a tough time.

“This year, I wanted a fresh start, and to enjoy playing again. It was the right time to move on.

“It’s probably my driving force this season to prove that I’m still the player I was before injury.  I showed glimpses last year of what I can do. I just want a solid season now where I can show everyone what I can do.

“It’s a great group of staff and players at Solihull. It’s a good atmosphere to work in every day. You’re going in happy and enjoying it - you can’t really ask for more than that,” he said.

Newton chipping in with key goals

While Joe Sbarra is the club’s top goalscorer, Newton has already weighed in with four goals so far for his new side. He only scored five all season last year.

Clearly content in his new surroundings, he has scored from the bench at crucial times to seal 1-0 wins at King’s Lynn and Hereford.

He also admits he’s not missing the four-hour round trip to Stevenage and back.  Damson Park is less than an hour’s drive from his East Midlands home.

“I actually thought I had a bit of a slow start to be honest. I missed most of preseason after signing up late. I was still talking to a few other clubs.  Solihull was always a good option and they stayed in contact.

“It’s probably taken 3-4 weeks to get into my stride. I’m hopefully now at the stage where I can kick on and chip in with goals every week. I’m quite naturally fit, but the match fitness and sharpness wasn’t quite there. Hopefully now I have that, and I want to be back starting soon.

“Location wise, Solihull is perfect.  It’s made a massive difference not to be driving for two hours each way, so it’s a perfect fit for me,” he said.

Newton was a late bloomer, and didn’t sign a professional contract until he was 26.  After playing part-time for the likes of Leamington and Tamworth in the then Conference North, he was offered a late chance at going pro.

He was part of the first intake at Leicester City striker Jamie Vardy’s V9 Academy - a week-long trial for non-league players to impress visiting scouts from Football League sides. Based at the Etihad Campus in Manchester, the Academy was the brainchild of the England player.  He wanted to give non-league players an opportunity to follow in his footsteps.

Vardy famously went from playing for Stocksbridge Park Steels to winning the Premier League in under six years.

Having worked as a maintenance engineer since leaving school, Newton jumped at the chance to further his football career.  He became the Academy’s first success story after being offered a contract by Stevenage.

Newton knew he had to make the most of this opportunity. This represented his best chance to go pro, with full time clubs mostly unheard of in the Conference North at that time.

Players were split into three separate teams, playing against each other under the watchful eye of Football League scouts.

“That was a great experience. We lived like Premier League footballers for a week. It’s an experience I won’t ever forget.
“It was a very competitive environment - you had 42 players doing their best to impress. It was a bit manic!  You could focus on yourself and play your own game more as the week progressed. By Friday, everything fell into place and we all played really well. I think everyone loved it.  It all happened so quickly. I got a call a few days later that Stevenage wanted to sign me. I went straight into work and quit my job.

“People say between 18 and 24 is the perfect age to go pro. I was 26 when I was signed and ended up scoring 16 goals in the first season. It proves that people can go into the league even if you’re past that age. I will never give up, I will always try to play as high as possible. Football is a short career and you have to make the most of it,” he said.

If Solihull maintain their upwards trajectory, he could find himself back in the Football League very soon.

In depth with Lawrie Wilson, Billericay's new Blue in town

For plenty, Lawrie Wilson remains associated with his time as a Championship ...