'We’re roughly £50,000 down minimum' - Behind the scenes at Newcastle Town 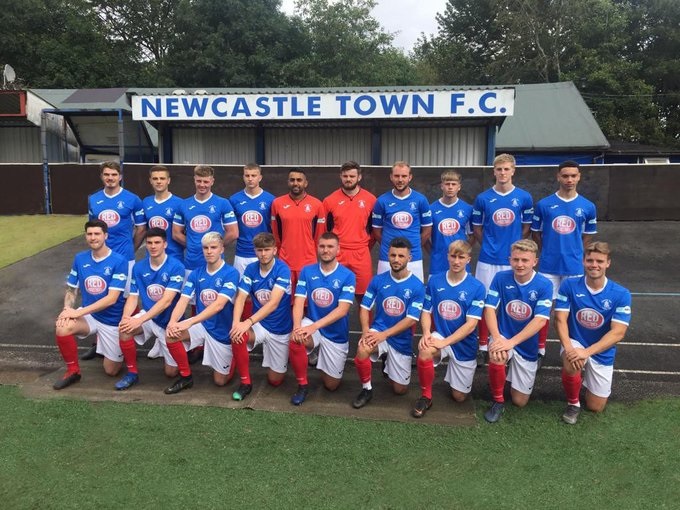 A multi-billionaire cutting costs at the burden of the tax-payer has been a rife grievance in general through these uncertain times, with football being thrust into the spotlight.

On March 30th, Newcastle United owner Mike Ashley announced that he was to furlough non-playing staff due to the COVID-19 pandemic; much to the ridicule of the footballing world. Some 191 miles south of Tyneside, their near-namesake, Newcastle Town, have pledged to honour their club's values.

Youth chairman and club director Gavin Appleby said it is what the club must do in these troubling times.

“We have honoured our commitment to all players' contracts. Every single player on a contract has been paid their full amount.

“We didn’t ask the players for a reduction or to cancel contracts, take a pay cut or ask to donate. We’ve paid our players up until the end of the season; that was the commitment we made to them and we’re not a club that won’t honour commitments.

It is a mere drop in the ocean compared to the figures attached to a Premier League club, but as Gavin explains, the Northern Premier South East Division side are missing out on eye-watering levels of income for a club at this level.

“When the shutdown arrived, we had 12 cup finals still to be played at our stadium, plus all the fixtures that remained for the first team and the youth teams, which meant we still had about 30 dates left on the stadium,” he said.

“Our income on the stadium mainly comes in March/April due to all the cup finals, so I would estimate that shutting down has cost us in the region of £30,000. When you factor in the five youth tournaments scheduled at Roe Lane for the kids, that’s cost us a further £20,000, so as a whole, we’re roughly £50,000 down minimum.”

Despite the monumental setbacks the pandemic has provided the club, Gavin says they are in a positive financial position.

“Financially, we’re okay at present. That’s not to say we’ve got tonnes of money in the bank; we’ve got a very tight budget and a very tight control on what we spend, so luckily, we’re not looking into a black hole which some clubs may be at the moment.

“Ultimately, we’re just disappointed not to be playing football. We’ve got 526 children registered to the club who play football with us every week, so that is a bug to bear.

“Yes, we are missing out on fees, and look, the grass still has to be cut, the electric and water rates still need to be paid, but at the end of the day, there’s a lot worse off than us.”

We cant wait to welcome back supporters to the Red Industries Stadium, as soon as we know when we can announce more info on Pre-Season games let us assure you, we will be posting them here ASAP.

Sure will be great if we can welcome fans from the local pro clubs. pic.twitter.com/aS6xazcDuq

Gavin admits years of robust financial management have led to the club being in such a positive state during the crisis.

"We only pay what we can afford, and if we can’t afford it, we don’t have it.”

The season hasn’t produced as positively on the field. Before the lockdown commenced, Castle were 4th from bottom, and at one point, flirting with relegation.

However, a run of good results in February pushed Robin van der Laan’s men ten points clear of the drop and likely to remain in the division.

What if the club were in the relegation zone? Would the club be happy the season was null and void?

Gavin admits no team would be glad the season was called to a halt, but teams will be ‘relieved’ to avoid relegation.

“They would’ve wanted to receive the income that the games and being open in general would generate. You also can’t forget the social aspect, of course; football is a massive social event for some people.

“I’m sure they’d want to stay safe in the league, but it’s not a question that they have to answer now, there’s a more difficult challenge for clubs now.”

Newcastle are renowned for their desire to give youth a chance, which highlights the incredible work of the academy system down at the Lyme Valley Stadium. The average age of the first team is one of, if not the youngest in the whole league.

However, Gavin is keen to stress the positives of the club as a whole and is extremely optimistic about where the club is headed.

“We get this a lot that we’ve got a fantastic youth set-up but the reality is we’ve just got a fantastic football club, and that includes the first team. We undersell what our first team does because there’s no other club in the area that gives young players a chance in their first team, or as many as we do.

"That doesn’t undervalue our first team, and a lot of clubs don’t do it that way, and we get that. Newcastle Town will never struggle for players and we’re a well-run football club, as we’ve proven in these difficult times.

"We’ve got great facilities and a great infrastructure, which includes our youth section and also includes a very good first team. Just because we’re playing young kids, it doesn’t mean we don’t want to get promoted; we absolutely do.”