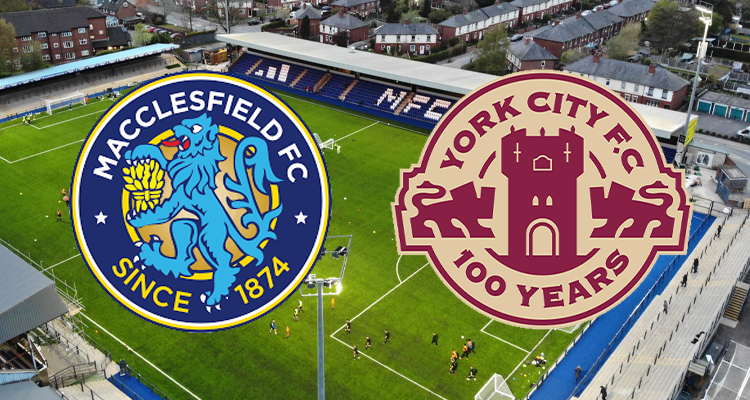 Danny Whitaker's Macclesfield side blew away National League outfit York City with a comprehensive 4-0 victory in a pre-season friendly at the Leasing.com Stadium.

Despite a gap of four divisions separating the two sides, it was Macclesfield who dominated on an afternoon to remember for the Silkmen.

James Berry’s first-half strike had got things going for the home side, before second-half goals from Neil Kengni and Tom Clare capped off a resounding Macclesfield victory.

It offers Askey little confidence heading into the campaign, as his side remains winless in pre-season so far, with just weeks until the new National League campaign is set to kick off.

For Macclesfield, they enter the 2022/23 season as understandable favourites for the Northern Premier League West title, as their rise up the English football pyramid continues.

While there may have been an absence of jeopardy as far as the result was concerned, the hosts weren’t prepared to pass up the opportunity to leave their mark on higher opposition. Attacking from the off, a fluid Macclesfield front line looked to torment the York defence.

Despite arriving just six minutes into the clash, there had been a sense of inevitability about the Macclesfield opener, with Berry tucking home to give the Silkmen a deserved lead.

Macclesfield FC
📸 | The Silkmen prepare for this afternoon’s game against York City. Kick-off is less than 25 minutes away! https://t.co/tFpEjaGpea 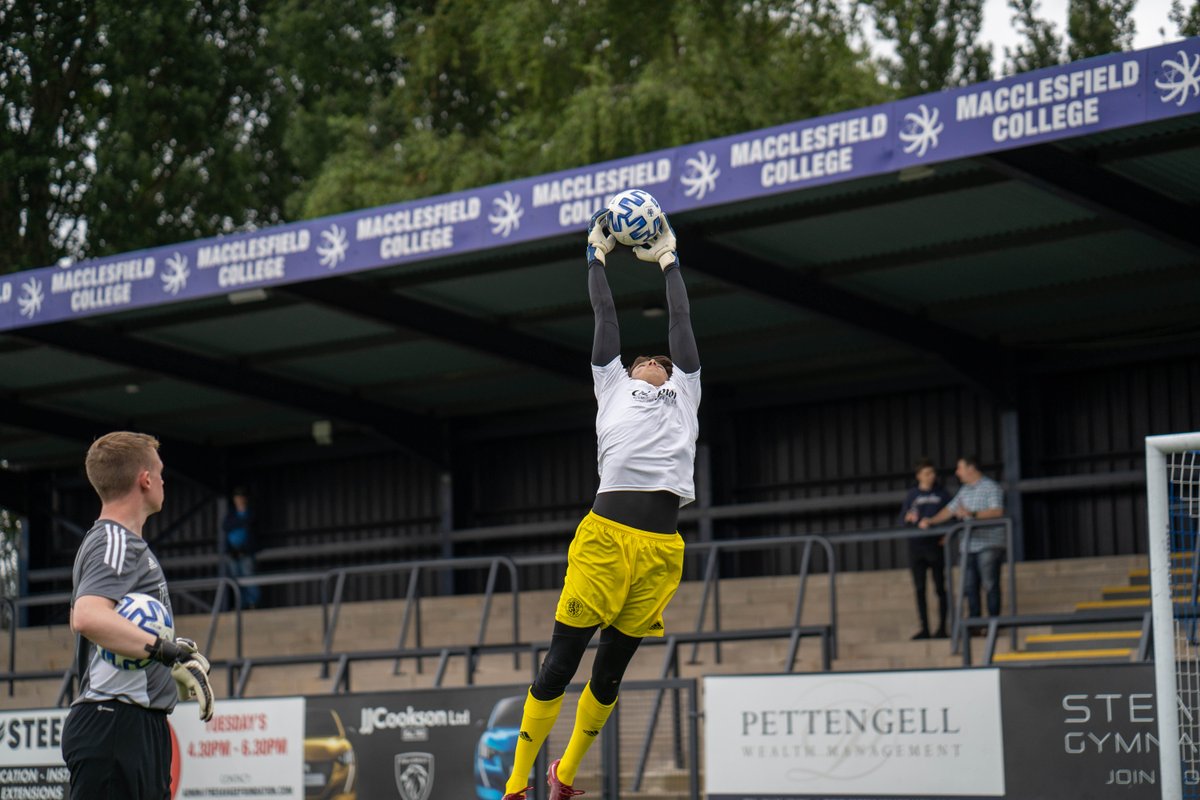 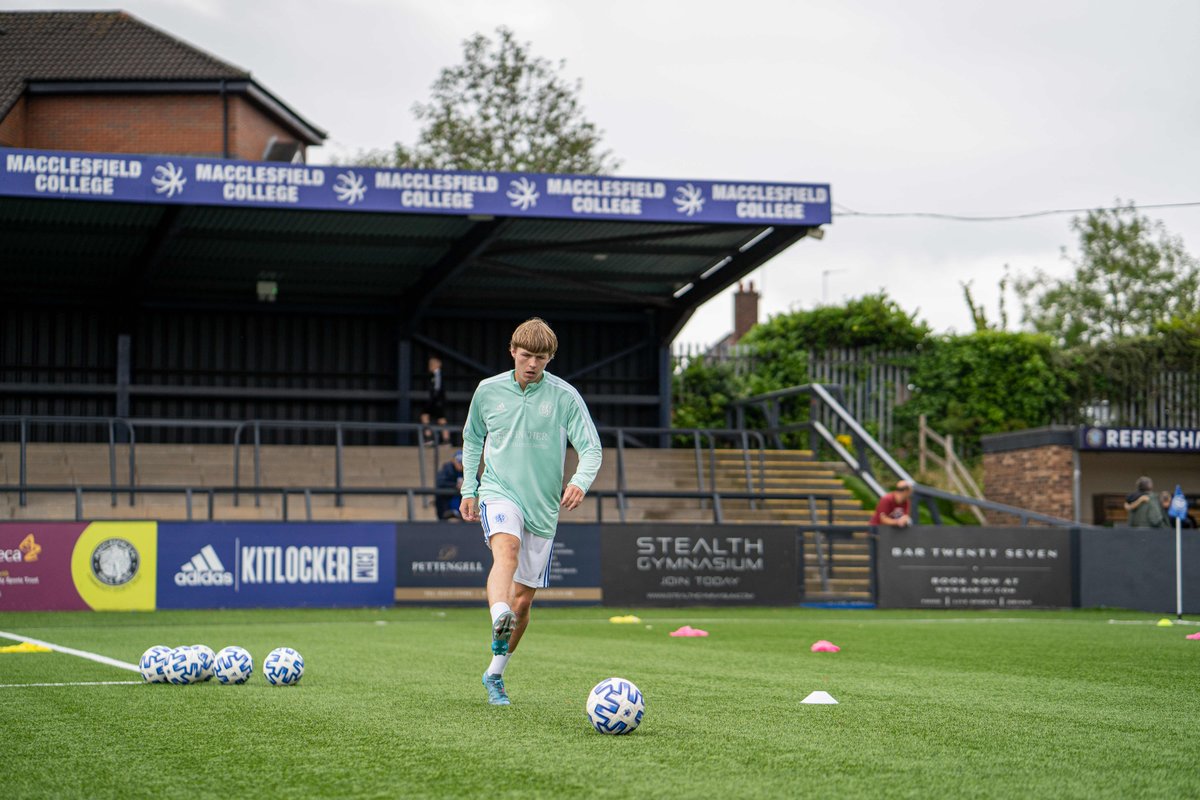 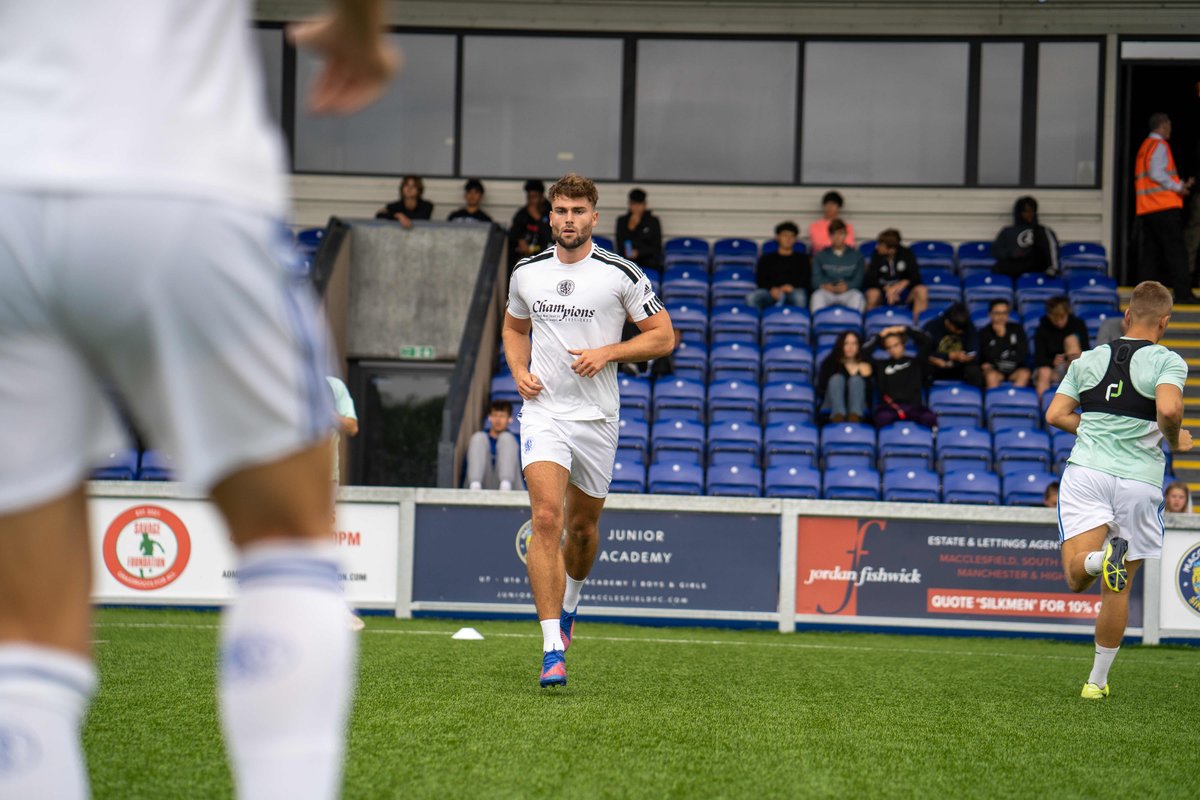 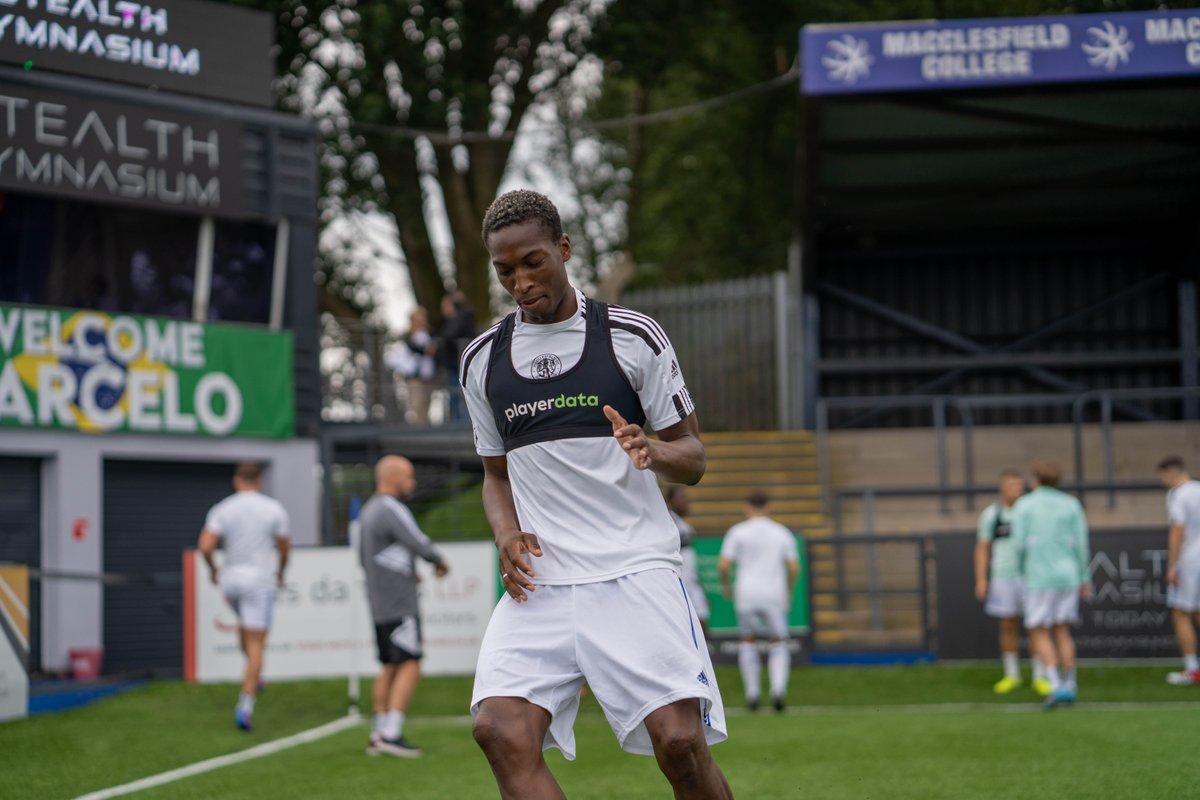 Askey had masterminded a playoff masterclass to see York out of the National League North at the back-end of last season, but the veteran manager’s frustrations were clear to see early on at the Leasing.com Stadium.

A former Macclesfield Town legend himself, having guided the club to the National League title in 2017/18, the ever-animated Askey berated his side in the opening stages, demanding more from the Minstermen players.

Responding to the cries of their manager, York began control possession, while letting the superior quality shine through. Enjoying the Minstermen’s first chance of the afternoon, Mitch Hancox’s dipping strike appeared to be heading goal bound, before the outstretched right palm of goalkeeper Marcelo Pitaluga denied the York midfielder.

York City FC
We are behind at the break here in Macclesfield #YCFC https://t.co/g32IMsh3uX 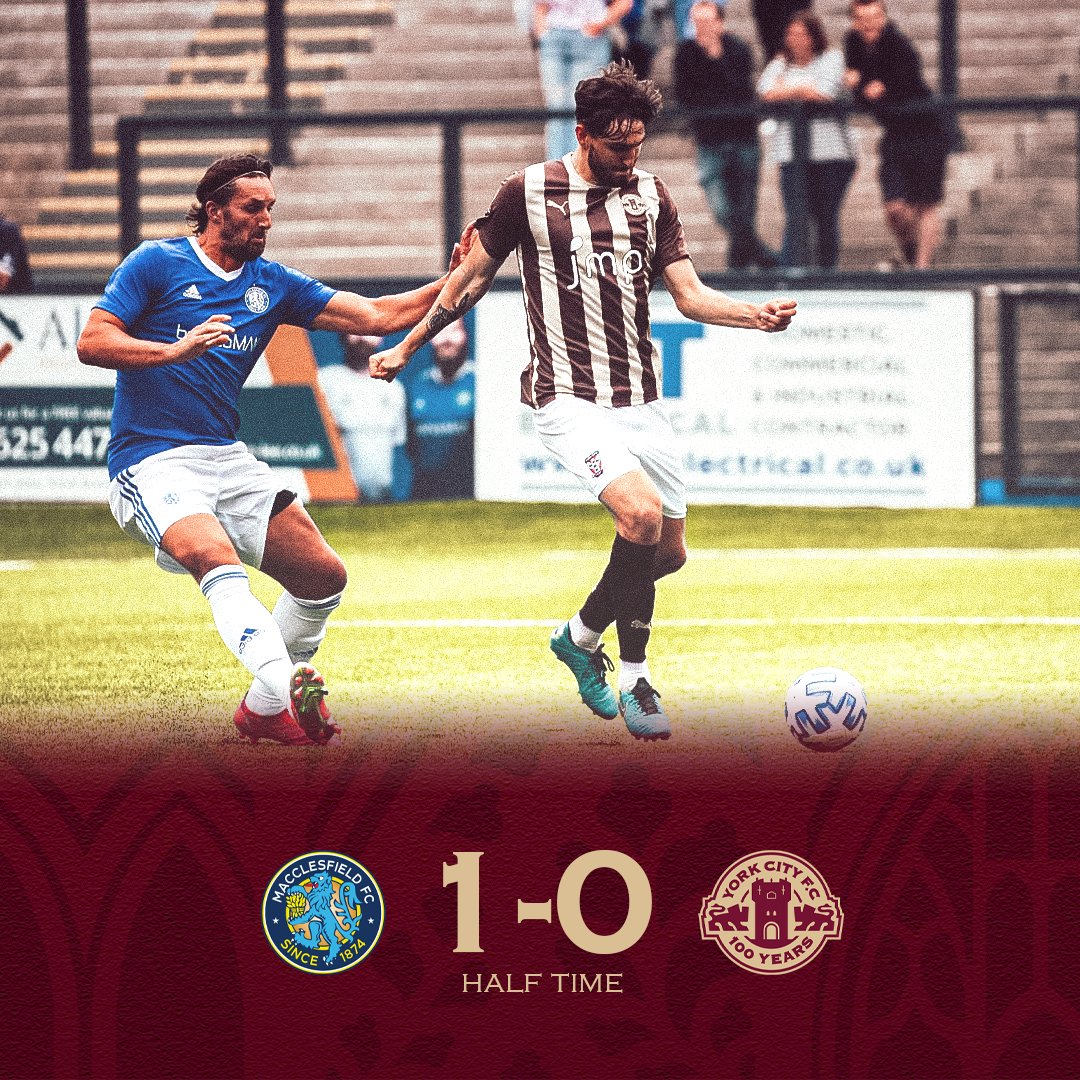 While the signs were promising for the visitors, their extra commitment to attack had left spaces in the defence, which the hosts looked to exploit with every opportunity. Dragging a looping cross out of the sky, goalscorer Berry almost had a second with a well-struck right-footed effort, but the forward’s strike sailed harmlessly past the York goal.

If the first half had been a source of frustration for York boss Askey, the second continued in the same vein, as the visitors conceded two sloppy goals inside 10 minutes of the restart.

Firstly through Kengni, whose scuffed right-footed strike wrong-footed Ryan Whitley, before trundling beyond the York shot-stopper to make it 2-0 to the hosts.

Two quickly became three, when Tom Clare steered home from inside the penalty area. Alex Curran’s original free-kick had been partially saved by goalkeeper Whitley, before the second-half substitute reacted fastest to give Macclesfield their third of the afternoon.

Wasteful York have issue to fix before season begins

It wasn’t for a lack of trying for York, who in-between the Macclesfield goals carved out plenty of opportunities for themselves. However, the main concern for Askey and York will be his side’s lack of clinical edge in front of goal.

Perhaps the visitors’ best chance of the afternoon, Scott Boden only needed to place his header from six yards out either side of the goalkeeper, yet the York centre-forward’s effort was directed straight into the body of Pitaluga. 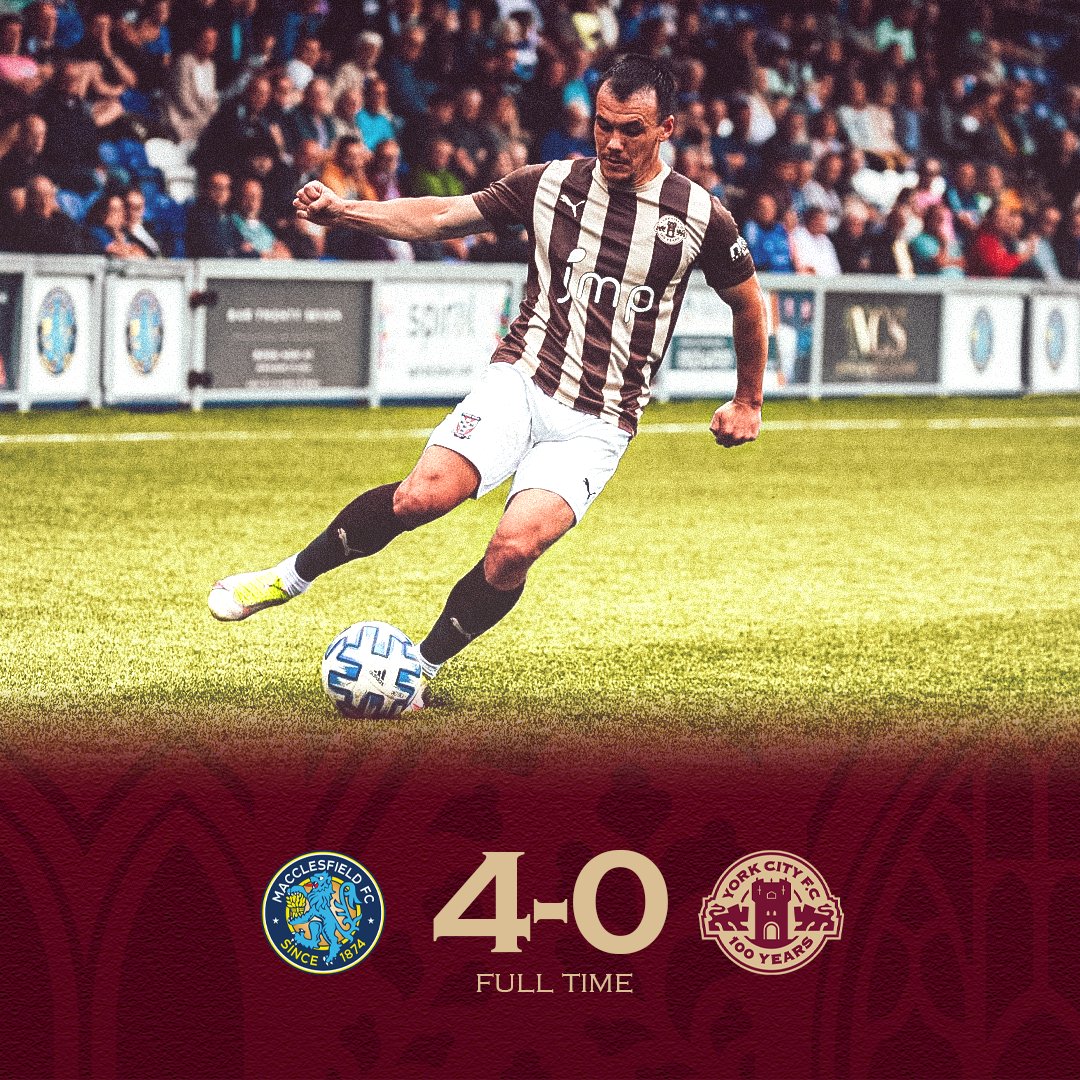 Openings would come and go for Maz Kouhyar and Manny Duku, but by the time Clare added a fourth for Macclesfield from the spot, the damage had already been done.

All managers will drum home how little results in pre-season actually count for, yet the manner of the defeat will offer Askey little optimism ahead of their season opener against Woking in two weeks' time.

Lacklustre in possession, shaky at the back and wasteful up front, the Minstermen have plenty of work to do ahead of the new campaign, should they wish to compete.

Goals from Lenell John-Lewis and Maz Kouhyar secured promotion to the National ...

So is That it Then, The End of Macclesfield Town FC?