Avro joint-manager James Hampson wants his side to break their FA Cup duck this weekend - but is taking nothing for granted ahead of their game at West Didsbury & Chorlton. 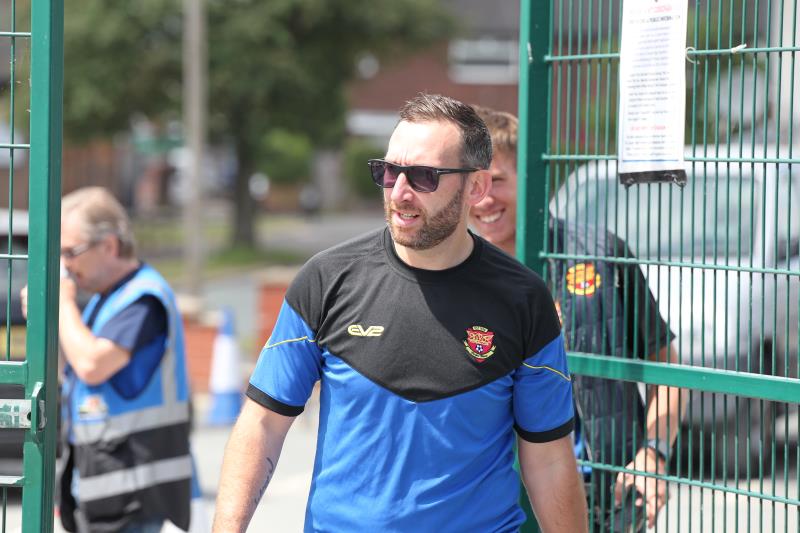 The North West Counties Premier Division club made their debut in the competition two seasons ago, but are yet to make it past the extra preliminary round.

Avro play their football one step higher than their hosts, but West have made an impressive start to their season and have won both games so far in D1 South.

“We haven’t won an FA Cup game yet! It will be a difficult game. We know WDC well and we’ve watched them a few times recently. It’s a cup game so there’s the magic of the cup to think about - nothing is a given. We watched them at Stockport Town on Monday night. They’re a very well organised team, with two no-nonsense centre halves and very tricky wingers.”

Hampson and joint manager Lee O’Brien have been in charge at Avro since 2017, and the pair led the club to two quickfire promotions, with the club now playing at their highest ever level.

Avro are on the up on and off the pitch, further strengthening their links to the local community by partnering with near-neighbours Oldham Athletic and Tameside College to offer local students the chance to earn a BTEC Level 3 qualification in sport.

Former WBA lightweight champion Anthony Crolla also has his boxing gym at the site in Limeside.

Disaster struck in June as a fire hit the Vestacare Stadium, gutting the changing rooms and damaging Crolla’s gym.

Work is ongoing to repair the damage, and the attitude is bullish at Avro - what doesn’t kill them makes them stronger.

Nevertheless, any club at this level of football isn’t made of money and perhaps this season more than ever, the financial rewards for progress in the FA Cup haven’t gone unnoticed - with the winners of extra preliminary round matches pocketing £1,125.

“We need the money for the club, the fire burnt down the changing rooms, so any money that we can generate through a cup run will be much-needed funds for us. We’re very much a volunteer-based club so it will be a massive help.  It’s a nice chunk of money and I’m sure the chairman will be rubbing his hands!

“It’s a busy club, ever-changing and always developing. I’m very happy to be at the club and I think it will go from strength to strength,” Hampson said.

Avro have started well in the domestic season, taking four points from six.  A 3-0 opening day win over Padiham was followed by a point in midweek away at Northwich Victoria.

The management team are happy with results so far, and thought they might even snatch a victory at Northwich having recovered from going 2-0 down early on.

“In the season Covid-19 first struck, we lost something like the first nine games, so starting with 4 points from 2 games is a good start.

“You always try to win your home games, and we had a difficult trip to Northwich in midweek. It was a hard-earned point which we will need later in the season,” Hampson said.

Avro added experience in the summer in the shape of ex-Ashton United and Chorley midfielder Jake Cottrell and Lewis Lacy, who returns to the club for a second spell.

Hampson and O’Brien won’t be making any knee-jerk transfers in the event of injuries to their first team, with a couple of players carrying knocks from a physical game at Northwich.

“We’re happy with the makeup of the squad, and the players we retained from last season.  We were pushing to get more experience in the side, which we’ve done by bringing in Jake and Lewis.

We worked on a lot of things in preseason in terms of shape and formation, which was evident in the first couple of games so we’re very happy. We’ve always got an eye out for players in lower divisions, but we have good under 18s and 21s which we’ve been dipping into in preseason and the first couple of games, and will do so again if we need a player at short notice.”

It’s been a whirlwind few years for Avro, who were playing in the Manchester League as recently as three years ago. The club will be hoping it’s third time lucky as they look to make the next round of the FA Cup.

West Didsbury & Chorlton host Avro on Saturday at 3pm - pay on the gate.

Avro joint-manager James Hampson wants his side to break their FA Cup ...