North West Counties Premier Division side Avro are a club on the up - and the Oldham club refuse to be derailed by the recent fire at their home ground. 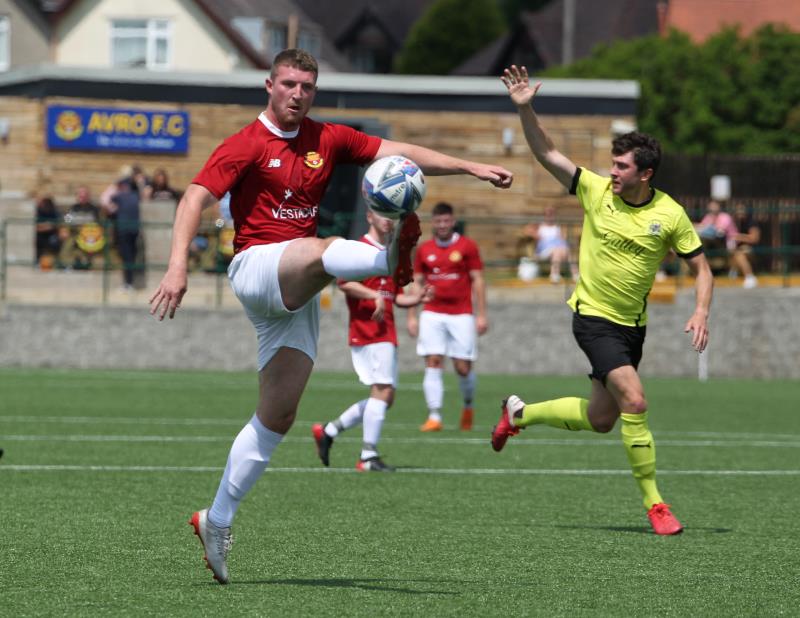 Last month’s fire at the Vestacare Stadium destroyed the home changing rooms, as well as damaging boxer Anthony Crolla’s recently opened gym, and took over seven hours to be put out.

Nevertheless, spirits are high at the club as they look to carry on where they left off - Avro were top of the NWC Premier Division last season before all non-league football below Step 1 were abandoned.

First team secretary Mark Hutton said: “The fire was a setback, but we’ve worked hard to get over it. We were lucky that we are insured. A lot of people have worked hard to make sure it doesn’t detract from what we want to do. It hasn’t derailed us, and it’s not as bad as it could have been.”

You’d be forgiven if you’ve never heard of Avro - they were playing in the Manchester League as recently as 2018. Now after two quickfire promotions, the side are heading into the new season with real momentum behind them.

Joint managers Lee O’Brien and James Hampson took over in the summer of 2017, and found instant success, leading the club to a Manchester League Premier Division and FA County Cup double in their first season.

Another promotion followed next season, with Avro taking second behind Longridge Town to move into the NWC Premier Division for the first time.

“Nothing has changed really - it’s a continuation of the progress we’re making on and off the field.  This is our third season as a semi-pro side, and we want to finish as high as we can. Only one club goes up automatically this year and it’s a tough division. We’ve got a good squad though and maybe we can win some silverware,” Hutton said.

While preseason results are notoriously unreliable indicators of a team’s true potential, it’s hard not to be impressed by Avro’s unbeaten run of games in which they have seen off the likes of Mossley and Llandudno.

Avro overcame their near neighbours in blistering temperatures at the weekend, with the mercury reaching 29°. Lilywhites boss David Fish admitted it was a bad day to play on a 3G pitch. The FA Cup extra preliminary round draw gave Avro an away tie at West Didsbury & Chorlton on August 7. One division higher, Avro will go into the game as favourites. Even without the prestige that an FA Cup game brings, it’s worth £1,125 to the winner - a huge amount for clubs of this standing.

“We’ve got lucky to draw one of the only sides at that level in the draw. I hope there will be a decent crowd down at West Didsbury - they have quite a good following . It’s a winnable game,but they are a good side and I’m sure they’ll be looking at the tie thinking the same,” Hutton said.

Avro’s first league game is at home against Padiham on July 31.

North West Counties Premier Division side Avro are a club on the ...