Best Betting Sites UK / The latest sports news with betting.co.uk / Barclay Pleased to be Working Under Rusk at County

Barclay Pleased to be Working Under Rusk at County

Ben Barclay is pleased to have reunited with Stockport County boss Simon Rusk following his move to the Vanarama National League side this summer. 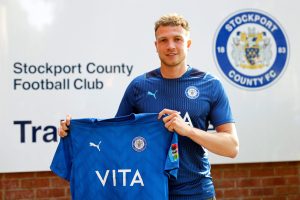 Having joined the Hatters on a free transfer from Accrington Stanley earlier in the summer, Barclay has taken to life in the fifth tier, keeping two consecutive clean sheets.

Part of the defence that restricted Grimsby Town to zero shots on target throughout their recent goalless draw, the 24-year-old has slotted straight into the County backline.

Before making the switch to Accrington in 2019, Barclay had worked closely with Rusk in the Brighton & Hove Albion U23 side. 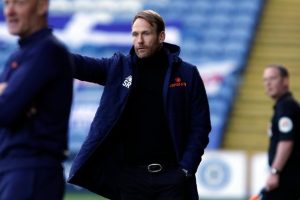 Speaking on the 39-year-old manager, Barclay stated: “I’ve worked with him for a number of years and had a great time down there. I know what he’s all about, he’s a great coach and a great manager”

“On the training ground we work really well. Good sessions, it’s intense and it’s what you want to be a part of.”

As one of the pre-season favourites for the National League title, expectations are high for County this season.

After suffering an agonising defeat in the play-off semi-final last season to eventual champions Hartlepool United, the Hatters will be keen to go one better this year and Barclay admits the players know what’s expected of them:

“It’s down to us to block that out. Block out any pressure or any noise and focus on what we do which is performing well”. 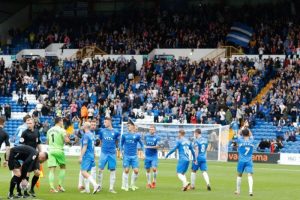 It hasn’t been the start to the season County would have expected, having picked up just four points from a possible nine.

But Barclay insists if they can keep getting the fundamentals right, then the results will come: “Defending well is the basic for us and then hopefully the results and performances will come after that”.

Following on from a disappointing defeat against Dagenham & Redbridge on the opening day, Stockport bounced back with an impressive 1-0 victory away to recently relegated Southend United. 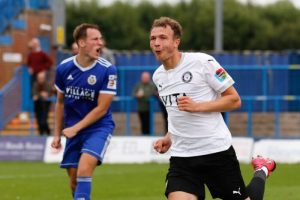 It’s now 11 league matches on the road without defeat for County, yet their home form has taken somewhat of a beating in recent times, with no victory in their last six matches at Edgeley Park.

Barclay acknowledges that there are still improvements to be made for this young Stockport team:

“We’re still not where we want to be and we’ve got work to do, but we can be happy with the clean sheets and the positives”

“We’ve been moving the ball better in the last two games and a few patterns we’re working on are coming out”.

Only two weeks into the 2021/22 National League season, there is no reason to panic for Rusk and County just yet.

With over seven months of the campaign to play, the Hatters will still be confident of a return to the Football League for the first time since 2010/11.

A trip to early high-flyers Boreham Wood is up next for Rusk’s side, before Yeovil Town travel to Edgeley Park on September 11th.

What next for Stockport County as under-pressure Rusk beaten again

Trudging off the Meadow Lane pitch, Stockport County had just suffered their ...

Barclay Pleased to be Working Under Rusk at County

Ben Barclay is pleased to have reunited with Stockport County boss Simon ...