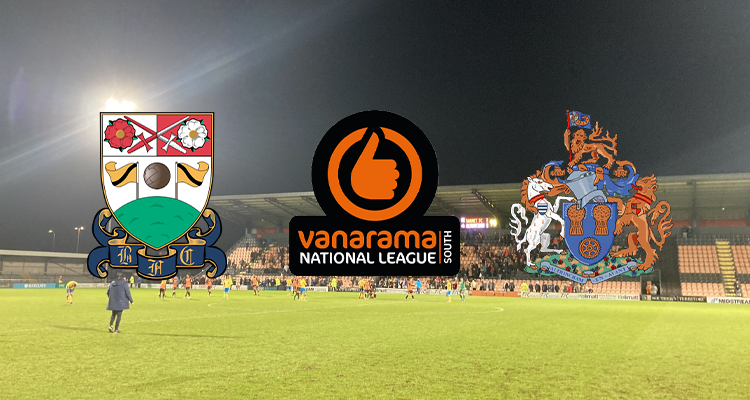 Altrincham came into the game with four consecutive losses, two being above a three-goal deficit against Stockport County and Wrexham.

Dean Brennan’s Barnet last won over a month ago beating Maidenhead United convincingly but struggled in fixtures against Borehamwood and Yeovil Town.

Barnet started on the front foot at the Hive with Adam Marriott and Rob Hall combining early forcing Tony Thompson to get down low. A few long free kicks by Bees keeper Aston Oxborough searched for Brundle, Marriott and Tasdemir in the middle but nothing came out of it.

The first real opportunity for the Alty came off a set-piece when centre-back Toby Mullarkey was denied with a brilliant block and Josh Hancock’s follow up attempt wide of the target.

The chance turned the game around with Altrincham putting on the pressure with Matty Kosylo and Daniel Mooney getting in pockets of spaces but nothing to be rewarded for.

On the brink of half time, Mooney tested Oxborough who made a fine save denying the former Welsh U21 international. Sam Beard was controversially taken down in the area with two minutes to go and appeals were waved away to much dismay to the Barnet fans.

Dean Brennan opted for two substitutes at half time with a change of formation as the impressive Jordan Thomas and Serhat Tasdemir were replaced by Mason Bloomfield and Wesley Fonguck.

Altrincham had the first chance of the half with Hancock’s audacious attempt blazed over the bar. Two substitutes for the Robins included the addition of Ben Pringle for Matty Kosylo who seemed to have taken a knock in a 50-50 duel.

Pringle made an immediate impact with Thompson’s long goal kick failed to be cleared by Ben Richards-Everton and the returning Jordan Hulme holding up the ball well. Hulme laid it into Pringle who curled it beautifully into the bottom left corner from outside of the box, delighting around 50 Altrincham fans who made the trip down.

The next twenty minutes was full of box-to-box action with Harry Taylor making an excellent tackle ensuring Altrincham couldn’t add more to the tally.

Rob Hall’s neat skill got him past the Alty press and found Bloomfield who disappointingly couldn’t direct towards goal.

Some experienced time-wasting from Tony Thompson added four minutes on to the final whistle. Its punishment was a leveller after Taylor’s cross found Marriott who laid it to Brundle volleying into the bottom left, earning a valuable point for the Bees.

Thinking of putting a National League bet on this week? Check out our best bookmakers before you do.