On a cold and rainy afternoon in Hertfordshire, Boreham Wood and Barnet were well matched for each other in a goalless bore draw. 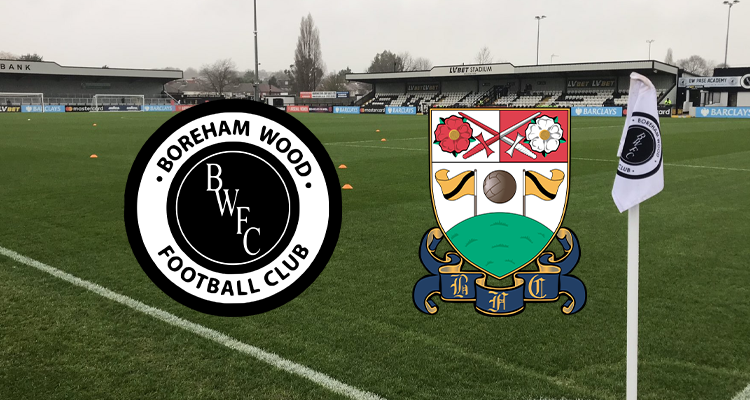 The Bees started on the front foot with star man Rob Hall’s curling free-kick targeting the experienced Wood backline who were finding it hard to keep their shape early on.

Norwich loanee Aston Oxborough was forced to keep out a series of crosses from the threat of Tyrone Marsh and Josh Rees, punching them away emphatically to safety.

With 25 minutes on the clock, the ball rebounded into the feet of a returning Scott Boden and the shot was expertly saved by Oxborough who dived low to the left and the follow up was cleared by Sam Beard just in time to deny the opener for the high-climbing Borehamwood.

A few questionable decisions by the assistant referee allowed Marsh to roam into attacking areas but were defended well by Jamie Turley and Ben Richards-Everton.

Two minutes of added time saw no real highlights but the sides were evenly matched coming into the break as seen in the Boxing Day clash between them only a week ago.

But it was the black and amber of Barnet who sit in 15th place at the start of the new year who came closest after the interval with Jordan Thomas’ cross narrowly missing Mason Bloomfield’s feet after an enticing few minutes of box to box counter attacks from both teams.

With 15 minutes left to play, Gus Mafuta’s effort beat the incoming Mitch Brundle and was rebounded in the box leading to a scramble in which full-back Jacob Mendy’s audacious effort was only narrowly wide of breaking the deadlock.

A rash tackle by Frankie Raymond on the impressive Thomas saw only yellow, leaving Barnet fans bewildered, demanding red out of desperation.

Barnet substitute Serhat Tasdemir was immediately thrown into action firing into the box in search of Bloomfield but Taye Ashby-Hammond managed to slide in between and catch the incoming cross.

A final chance for the Wood to gain all three points was squandered as new signing Danilo Orsi played a beautiful ball into Marsh who’s low drilled shot was easy for Oxborough and lacked any power.

Three minutes of added time was not enough for either side to capitalise and a point each at the LV Bet Stadium seemed like the justified result.

Barnet succumbed to a disappointing defeat at home to Wealdstone, during a ...

Dave Challinor’s well-organised Stockport County side stormed through a deflated Barnet as ...