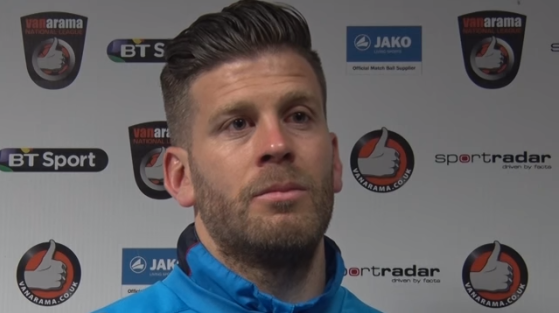 Garrard has committed himself to the National League club for a further three years. Upon signing the new deal, Garrard told the club's website:

“I am excited to have committed to the club for a further three seasons. It was a very easy conversation between myself and the chairman; in truth, it took us a matter of minutes to come to an agreement.

“I see a future at this club and I believe the progression we have seen since being in the National League is astronomical. This place is in my blood and it goes deeper than just being a manager; I see this club as my family.

“The chairman has been amazing to me, firstly giving me an opportunity five years ago, but also showing belief in me by rewarding me with an extension. My deal is based on loyalty and a good old-fashioned handshake, and that is something I respect hugely.

"We have ambitions at the club and I hope together we achieve the unthinkable.”

After publicising earlier this week the £35,000 release clause in striker Morgan ...