[et_pb_section admin_label="section"] [et_pb_row admin_label="row"] [et_pb_column type="4_4"][et_pb_text admin_label="Text"]In a footballing world where traditions are proving to have not lasted the test of time, the Boxing Day derby remains a much-loved quirk of non-league and should continue to be protected. 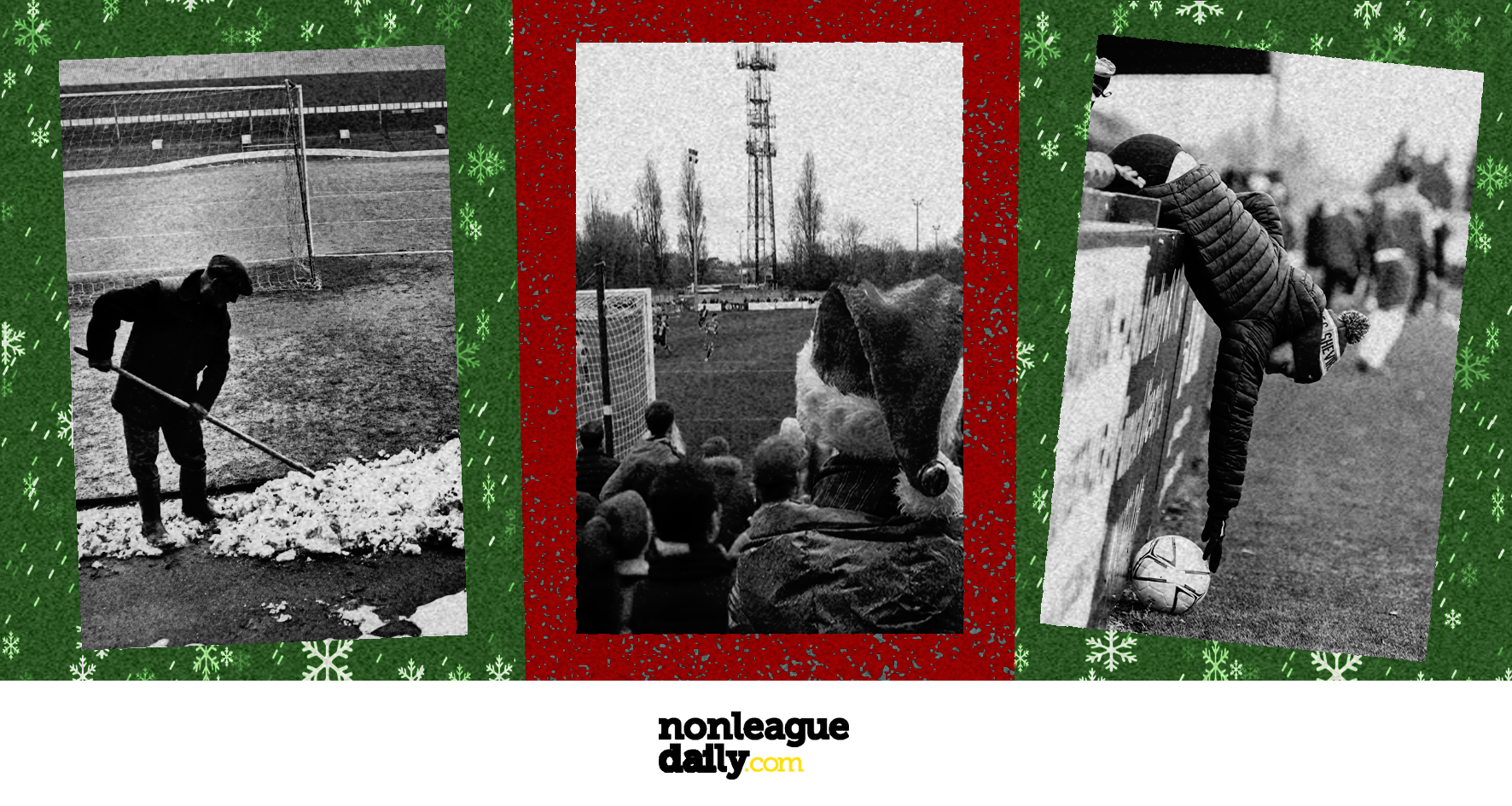 Much like overindulgent meal-times and arguments over the dinner table with estranged family members, seeing a screenshot of the Boxing Day 1963 Division One results is now as good as any Great British Christmas tradition.

A favourite of social media accounts that often misconstrue ‘banter’ for actual humour, the infamous ‘1963 Boxing Day results’ image is unceremoniously whipped out alongside the Only Fools and Horses Christmas special and dusty board games stored in the forgotten cupboard every festive season.

Yet, beyond the overused online gag lies a much-forgotten gem of English football culture: the Boxing Day fixture list.

The Ghost of Christmas Past

Granted, not all of the 1963 Boxing Day matches were contested as local derbies, with the likes of Chelsea travelling up to Blackpool and Blackburn making the trip to West Ham United. However, there were a few localised clashes, notably Wolverhampton Wanderers and Aston Villa playing out a thrilling 3-3 draw in the Midlands derby.

Local rivals locking horns the day after Christmas was not an unusual sight in football stadiums up and down the country, with two current non-league sides to thank for this unusual sporting tradition.

Both Sheffield FC and Hallam FC – the world’s oldest and second oldest football clubs – contested the first-ever Boxing Day derby, with the Football League then adopting the format for their inaugural 1888/89 campaign.

What’s more, before the introduction of legislation that allowed workers’ time off on the weekends, bank holidays had for a long time acted as one of the only gaps in the yearly calendar where football supporters were able to attend fixtures, with matches even being played on Christmas Day itself up until the 1950s.

It was not unusual to see clubs host their local rivals at 3pm on Christmas Day, wash themselves down and head to the pub in the evening, only to face the same side in the corresponding away fixture just 24 hours later for the Boxing Day meeting. A world apart.

As the years have gone by and the clubs at the top have found themselves getting richer and richer, the sanctity of a Boxing Day derby has disappeared for all Football League clubs, but that tradition is still very much alive in non-league.

Starting in Step 1 and working its way down, the division’s fixture list at the beginning of the season is designed to pit two local (where possible) clubs against each other. There are a few exceptions to this rule, most notably Dagenham & Redbridge’s 150 mile round trip to face Dover Athletic in the 2021/22 National League.

But, on the whole, most non-league sides will come up against their closest geographical rivals, before playing the corresponding fixture in the first match of the New Year – it’s not quite like playing on Christmas Day and then Boxing Day, but it will do!

The further down the pyramid you go and as leagues begin to get regionalised, the tastier the fixtures start to become. This season’s Northern Premier League Premier clash between rivals Matlock Town and Buxton, could prove a paramount fixture in deciding the location of the league title.

It’s easy to see this old-aged tradition as a proverbial middle finger to the cash-rich governing bodies in the leagues above England’s non-league system, yet maintaining the Boxing Day derby ensures both clubs and supporters remain protected.

At a time when clubs are battling the financial impact of the pandemic, whilst travel expenditure soars through the roof, keeping the distance as short as possible for the fixture closest to Christmas helps allow players and staff as much time with family as possible.

It also ensures supporters aren’t lumped with lofty costs to travel to matches during the festive period and as the National League especially continues to hurtle towards becoming England’s fifth professional football division, preserving the Boxing Day tradition stands as a crucial mechanism in protecting the relationship between clubs and fans.[/et_pb_text][/et_pb_column] [/et_pb_row] [/et_pb_section]