The North West Counties Football League have confirmed Bury AFC and FC Isle of Man's places in the division for next season. 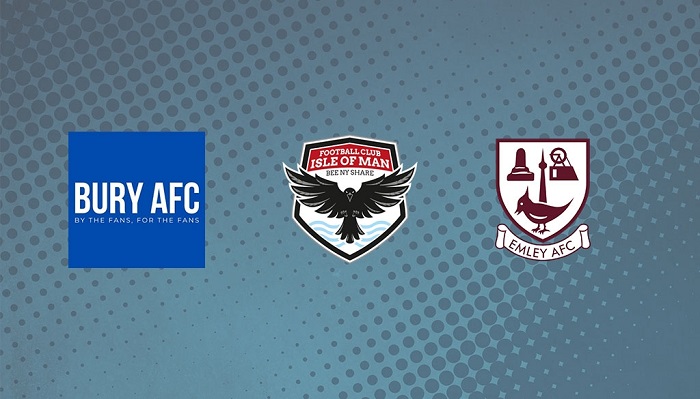 In addition to the newly-formed clubs joining, Emley AFC have moved back to the Northern Counties East Football League after putting in a request.

We would firstly like to welcome both clubs to the league. We are sure that both clubs and their supporters will be welcomed warmly throughout all three divisions of the league and we look forward to working with both clubs over the coming seasons.

We would though like to make it clear that this decision was made against the wishes of the League Management Committee and the Board of Directors. This statement outlines the reasons for this and what our stance is as a league.

Usually a club can only enter the NLS at Step 7. However, a League may seek approval from the Committee to receive a club not currently in membership of a League within the NLS provided that there are:

exceptional circumstances
a vacancy within its constitution
the club meets the entry criteria
promotion and relegation issues have been satisfied
Both Bury AFC and FC Isle of Man opted to apply to join the National League System for the 2020/21 season, and as they are in our geographical area, they asked for our support. We met with both clubs and were supportive of their applications to the FA.

Since then though, the COVID-19 pandemic broke out and with it Steps 3-7 of the pyramid were declared null and void. The FA then announced that there would be no promotion and relegation, including no promotions from Step 7. When football resumes at our level, we will be effectively replaying the 2020/21 season.

Given this, we felt as a league that it was appropriate to review our support for applications of the two new clubs. In order to maintain the integrity of our competition, the Board took the decision to withdraw support for the two applications. We informed the FA accordingly of this on Monday 22nd June 2020.

The reason for this was twofold. Firstly no promotion and relegation meant that there was no vacancies in our League. Secondly we felt that we needed to be fair to all clubs, especially those in Step 7 who, like the two new clubs, have invested a considerable amount of time and money in attempting to gain promotion, only to be denied through no fault of their own as a result of COVID-19.

Bury AFC | An afternoon in company, their story so far and what next?