Andy Preece's first home game in charge of Chorley ended in defeat, as League One Bolton Wanderers brushed aside the non-league 3-1 outfit in a pre-season friendly at Victory Park. 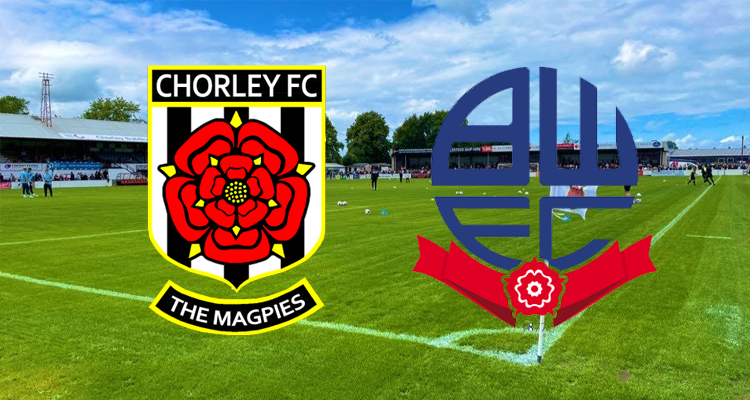 Bolton show class to prevail in pre-season clash with Chorley

Against a backdrop of the rolling Lancastrian countryside, Chorley welcomed fellow Lancashire side Bolton Wanderers for their first pre-season friendly of the 2022/23 campaign.

While there may have been a gulf in class on the pitch from the first whistle, Andy Preece's outfit battled hard against Ian Evatt's Bolton side, snatching a consolation late on in the afternoon.

Thanks for coming down and supporting both teams today folks
👏👏👏👏👏👏👏👏👏👏 pic.twitter.com/EkqNVFQcXb

It had looked as if it may have been a chastening afternoon for Chorley, when Dion Charles curled home the opener after just two minutes.

The visitors' quality continued to shine throughout the contest, with their second of the afternoon coming at the opposite end of the half.

Read: National League XIs - Who would make a North and South-born side?

By the time the second-half substitutes came on and the early pre-season fatigue began to set in, the game looked as if it was to trundle towards its conclusion.

However, not content with just their two goals for the afternoon, Bolton continued to press forward, sneaking a third 20 minutes from time.

Knocking a header beyond Chorley shot-stopper Matt Urwin, substitute Elias Kachunga extended Bolton's lead, while putting the game out of the host's reach.

🇨🇩 Kachunga makes it three! @KieranSadlier delivered a corner into the box and Elias Kachunga got above his marker to plant a header past Matt Urwin.

With what was almost the last kick of the game, Hall's consolation for Chorley gave the home supporters something to cheer about on an otherwise difficult return to action.

For Chorley, their objective wasn't victory, instead regaining the sort of match fitness needed to challenge in the National League North this season.

Premier: Wythenshawe still pushing at the top Despite conceding a late equaliser, ...

Paul Phillips recognises the task ahead of his Matlock Town players will ...