But wants fans back upon restart 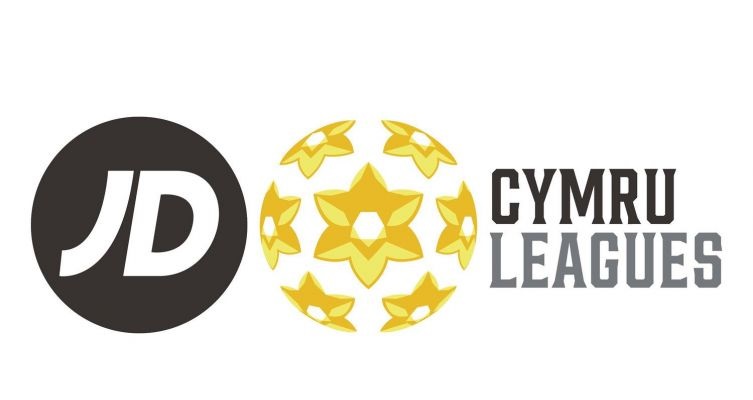 Colwyn Bay chairman Neil Coverley backs the temporary shutdown of Welsh football - but warns behind closed doors games are only sustainable for a short period should they be mandated on its return.

The top three tiers of the Welsh pyramid have been paused until January 9 at the earliest.  Colwyn Bay play in the second tier in the Cymru North, having left the English pyramid in 2019.

Senedd (Welsh devolved Government) rules have capped attendances at sporting fixtures at just 50 due to the rise of the Covid-19 Omicron variant.  These regulations came into force from Boxing Day morning.  Funding is available to clubs affected to cover loss of revenue from gate receipts and other matchday spend.

With this in mind, the decision was made to stop any further play for the remainder of 2021.

Coverley said: “In my opinion, it’s the right decision. Over Boxing Day and the festive period, football is a British tradition. We were due to be playing away at Conwy on the 27th - only five miles down the road. We would have taken over 300 fans down there. The amount of revenue they would lose would have been awful.

“We were expecting over 1,000 for our New Year’s Day home game against Penrhyncoch.  Playing with no fans in the ground, we’re looking at a loss of over £8,000.  That money would have paid for the rest of January, so it’s a big hit.

“We paused the league because we wanted to try and keep these fixtures.  Selfishly, we all want to play football but it has to be in the right environment.

“Our New Year's Day game was against a team from miles away, and doesn’t have any particular emotion surrounding it. We probably stand to lose the most. I’m glad we get to go down the road to Conwy so they can recoup some of the money lost. It won’t be as good for them as the 27th, but it will at least be something.

“We could have had 200 people in our clubhouse watching a behind closed doors game with 50 spectators in the ground. It’s pathetic really - that’s no decision at all. There’s such a mixture of rules - in Scotland, you can have 500 in the ground.  That’s palatable - we could have coped with that - it’s not far off our average crowd.

“To say no spectators, and then 50, shows how out of context the Government are with what goes on in our sport. It just seems like plucking numbers out of thin air - it just wasn’t acceptable to us.”

Chairman mindful of effect on Colwyn Bay community and volunteers

The 38-year-old - a veteran of 200 games for the club as a player - has been sidelined by Covid himself over the festive period and admits it ‘knocked him for six’.

Coverley took over the chairmanship following the passing of previous incumbent Bill Murray in the summer, following spells as a coach and director at the club.

He believes quick decisive action was needed in response to this latest wave and thinks lessons have been learned from previous shutdowns.

“We knew it was going to move quite quickly, that’s the way the Welsh government works. To be fair, the Cymru leagues were quite proactive this time. We’ve got a new CEO in Noel Mooney, and new president in Steve Williams - they are both really on the ball. Most importantly, they understand football. It’s completely different from what was going on previously.

“I can only speak for the Cymru North, but we had a majority vote to suspend the league.  Not only on the basis of revenue, but also on the welfare of the volunteers and people helping out at the clubs.
“Quite often in non-league, we rely on people of an age who are retired or quite vulnerable. If they’re not feeling safe to come in it’s only the right decision.This new variant is particularly rife at the moment,” he said.

The Bay managed to avoid any logistical problems such as suddenly unrequired food and drink orders, although clubs with home games on the 27th might not have been so lucky.

With crowds averaging over 600 this season, and the club sourcing stock locally, the decision to stop play has effects beyond the boundaries of Llanelian Road.

“We were expecting 1,000 for that game - there was lots of interest in it, and traditionally most people don’t work on New Year’s Day.  We would have made a day of it, for sure.

“We use local suppliers so it’s had a detrimental effect on them as well. We get our meat from the local butcher, our fans pack out a couple of local pubs on their way to the game on matchday. Our ale comes from the local brewery - we’re a proper community club,” he said.

Behind closed doors is simply not sustainable

Colwyn Bay’s next scheduled fixture is not until January 22 - an away match at Llanidloes Town.

With at least two fixtures to be rescheduled, Coverley is open to playing these games before then should the league resume come January 9 - but not at the cost of having fans back in the ground.

Perhaps pre-empting further disruption to the schedule, the Cymru leagues began the season in July - with Colwyn Bay playing three times before the month was out.

This at least gives time to reschedule fixtures beyond the original final day of the season in late April, should it be required.

“I wouldn’t be surprised if the game on the 22nd was our first game back. The Senedd and sporting industry are due to hold talks and see what can be done about this 50 spectator rule.
“If that gets lifted, I’m sure we will be back sooner.  Maybe we will have to stomach a couple of games with limited numbers in the ground to catch up.

“Behind closed doors isn’t an option - you can do a couple of games but after that, it just isn’t sustainable. I’m not sure any club in any league can - even the Premier League needed help last year,” he said.

It may be a quiet time on the pitch, but it’s certainly not off it. Colwyn Bay are looking for a new manager after Craig Hogg was relieved of his duties earlier this week, after being in charge since 2018.

Merthyr Town will continue to play their games behind closed doors - ...

By Scott Lanza Haringey Borough's rise up the football pyramid, alongside their ...