On Saturday afternoon, York City travelled to the Tameside Stadium to face Curzon Ashton. Both teams are currently fighting each other & a number of National League North teams for a playoff spot. 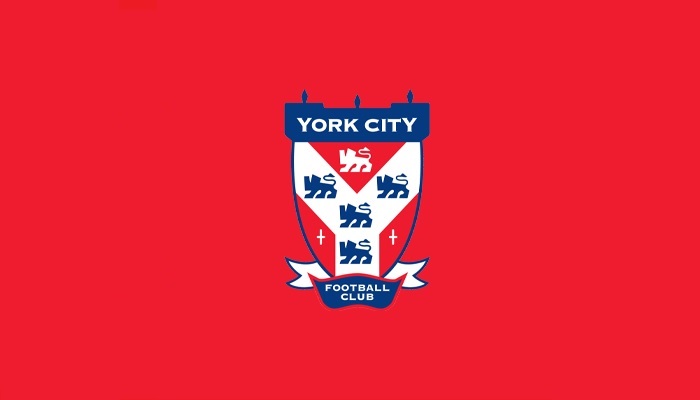 With new defender Adam Senior making his York City debut (on a 1-month loan deal from Bolton Wanderers), the visitors made a strong start to the game. With immediate pressure, York City hit the crossbar twice within the first ten minutes of the match. The first came from City’s Clayton Donaldson, with Chris Renshaw tipping onto the bar, which was arguably the chance of the first half.

However, following the first 10 minutes, the game was scrappy & contested throughout the first 45, with both teams unable to create a significant threat. Curzon Ashton had few glimpses in the first half of the game, but nothing that threatened York’s No.1 Peter Jameson.

Both Teams Look For A Breakthrough

It was clear that at the end of the first 45 minutes, it was York City who were on top. However, in the second half, both teams pushed to break the deadlock in a tight encounter. The second half was much closer, with both teams looking to take control of the game.

The first substitution didn’t come until the hour mark, with The Nash’s Jack Dunn replacing Dale Whitham in the middle of the park. Meanwhile, it took the visitors 79 minutes to make their first change, with striker & target man Mark Beck making way for Jason Gilchrist. Admittedly, it was a quiet day for Beck, and York needed to make a change in the hope for some impact.

The home side thought they had scored an extremely important goal with just over 20 minutes to go, but the goal was ruled out for an offside in the build-up. Apart from that, neither side managed to make too many clear-cut opportunities.

Stalemate At The End Of The 90

With a 0-0 the final result, York City will feel disappointed travelling back across the Pennines with only one point to show for their battle. Admittedly, there was a lack of intensity and attacking threat from both teams throughout, and neither will be happy with the final result.

For Curzon Ashton, they will travel to Brackley Town in a highly-anticipated matchup next weekend, while York City host Kettering Town at the LNER Community Stadium. It’s safe to say that both teams will be looking to improve & get themselves on the scoresheet in their next respective games.

Stockport County of the National League will be in the hat for ...

By his own admission, Muhammadu Faal has encountered an arduous past year-and-a-half. ...

Curzon Ashton and Altrincham couldn’t be separated at The Tameside Stadium as ...