No domestic cup competition boasts more history or prestige than the FA Cup and for a selection of clubs in steps five and six of the non-league pyramid, their road to Wembley started on Saturday afternoon. 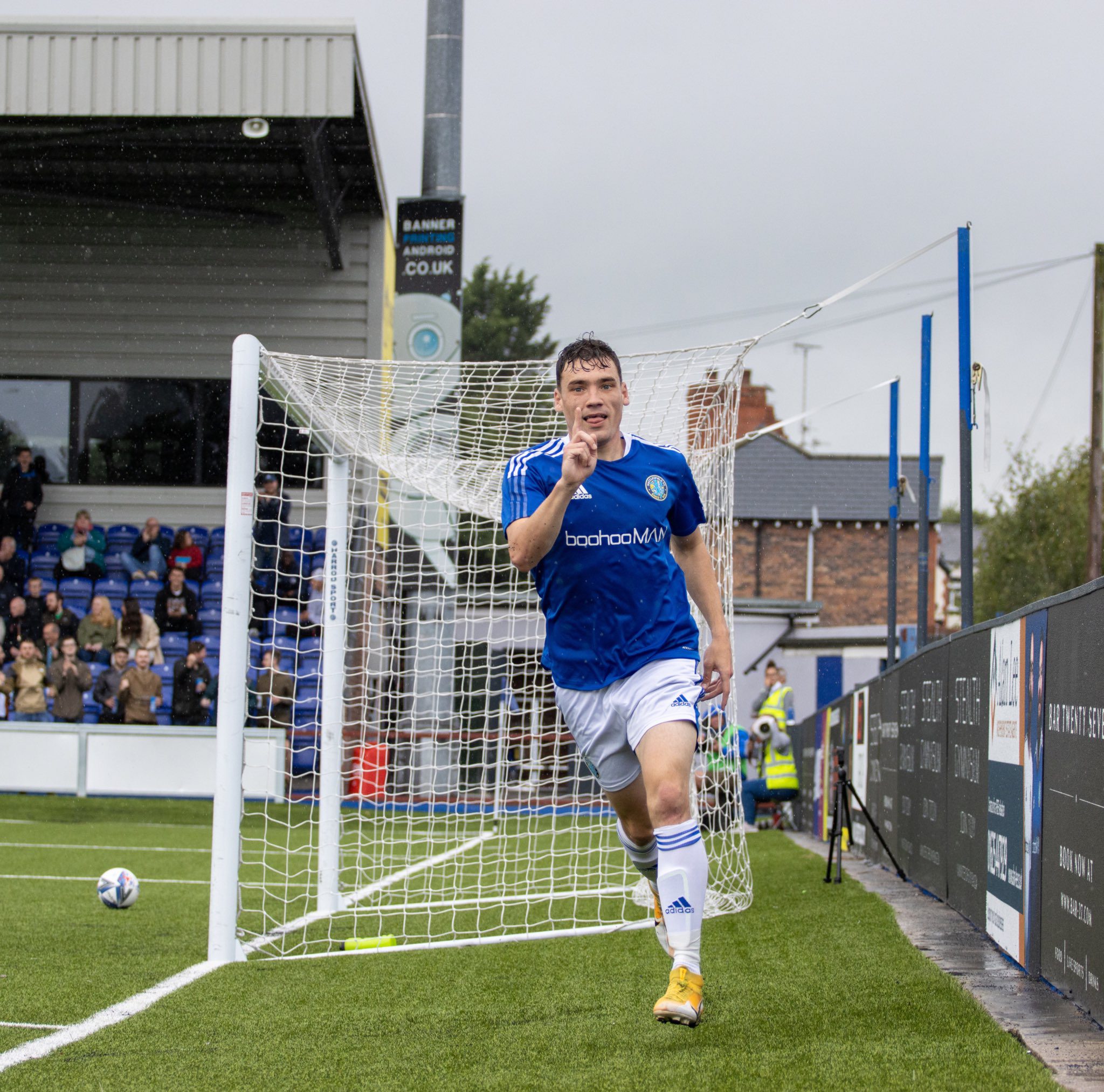 After playing their first match as a club less than two weeks ago, the newly reformed Macclesfield FC stormed to 4-0 victory in their FA Cup matchup against fellow North West Counties Premier Division side, Burscough FC.

In a repeat of the opening match of the season, which Macclesfield also came out on top in, the Silkmen were comfortable victors over Burscough once more.

Netting all four goals in the opening 45 minutes, strikes from Tom Clare, Ekow Coker and a brace courtesy of Aaron Dwyer ensured Danny Whitaker’s side maintained their unbeaten start to the season.

Wythenshawe Town came from two goals down to win 3-2 against Thackley FC in the club’s first-ever FA Cup appearance.

Trailing 2-0 at the break, it appeared the visitors from Bradford would be leaving Greater Manchester with a comfortable victory, yet a second-half fightback from the Town confirmed a memorable victory.

Jordan Burton completed the comeback 10 minutes from time, after goals courtesy of Jordan Rutter and Gregory Wilkinson had sent Wythenshawe on their way. In their maiden voyage in the competition, the Town is dreaming of a famous FA Cup run.

Irlam FC hit three without reply as they cruised to the next round with an impressive win against West Yorkshire side, Albion Sports AFC.

Bouncing back from a disappointing midweek defeat, Connor Martin opened the scoring after just 10 minutes, whipping the ball past the onrushing goalkeeper from 12-yards out.

Martin was at the double late in the second-half, with a fine strike from Wesley Brown capping off an enjoyable afternoon for Irlam.

Ashton Athletic succumbed to three defeats from three at the start of the season, falling 2-0 to fellow NWCFL Premier side, Squires Gate in the opening round of the FA Cup.

Joshua Westwood opened the scoring for the Gate 17 minutes into the match, with James Boyd adding a second just 20 minutes later.

Luke Evans’ side will now welcome Macclesfield to the Brian Addison Stadium in the cup’s next round.

Northwich Victoria scored either side of half-time to ensure their progression into the next round, triumphing 2-1 over NWCFL Division One South club, Longridge Town.

No domestic cup competition boasts more history or prestige than the FA ...