For the second time this month, there was FA Cup action for non-league sides, with a number of North-West teams involved in Second Qualifying Round ties. 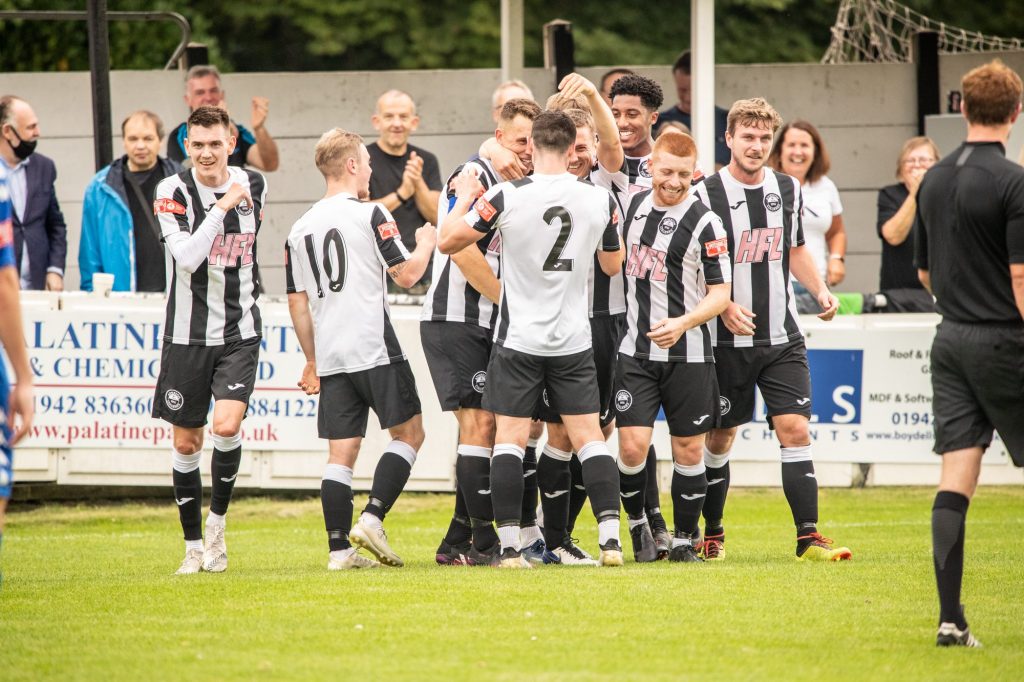 Goals either side of half-time secured Atherton Collieries of the Northern Premier League Premier Division progression to the next round of the FA Cup, with a 3-1 triumph over Witton Albion.

Daniel Lafferty put the hosts ahead, before Gareth Peet doubled their lead shortly after, but it was halved when Robert Hopley made it 2-1 just after the break.

Having dispossessed the opposition goalkeeper inside their own penalty box, the Colls sealed the win with a counterattack in the final minutes of the match, with Ben Conway netting the game’s final goal.

It’s only the second time since 1994 the Colls have made it to the Third Qualifying Round and Brad Cooke’s men will be dreaming of a big tie in the next stage.

Cedric Main scored late on for FC United of Manchester to save them from defeat against National League North side Blyth Spartans.

Connor Deards hit first for the side from the North-East, with Main’s 78th-minute strike ensuring the tie would be taken to a replay.

With just one defeat in the National League North, the result will be classed as a positive one for an under-pressure FC United boss Neil Reynolds, who will be hoping his side can pull off a shock result when the Spartans travel to Broadhurst Park on Tuesday evening.

Radcliffe Rampant as Owens On Form

Andrew Owens scored twice in four minutes for Radcliffe Borough as they came from behind to steal a victory against a plucky Mossley side at Seel Park.

Scoring first in the 56th-minute and then in the 60th, Owens’ strikes ensured the NPL Premier Division side wouldn’t fall short to an underdog in Mossley of the NPL West.

Jack Grundy had scored after 16 minutes for the hosts, yet ultimately the class of the side in the superior division shone through.

Jack McKay was the standout performer for Curzon Ashton as they hit four without return against Stockton Town at the Tameside Stadium.

Alex Curran and Adam Thomas were also on target for the Nash, who continue their strong start to the 2021/22 campaign.

With memories of their famous 2016/17 FA Cup run still fresh in the minds of everyone at the club, Mark Bradshaw will be keen to see his side progress even further this year.