The remaining Step 3 and 4 sides in this season’s Buildbase FA Trophy found out their first round opponents today. Read on for some of the more intriguing fixtures. 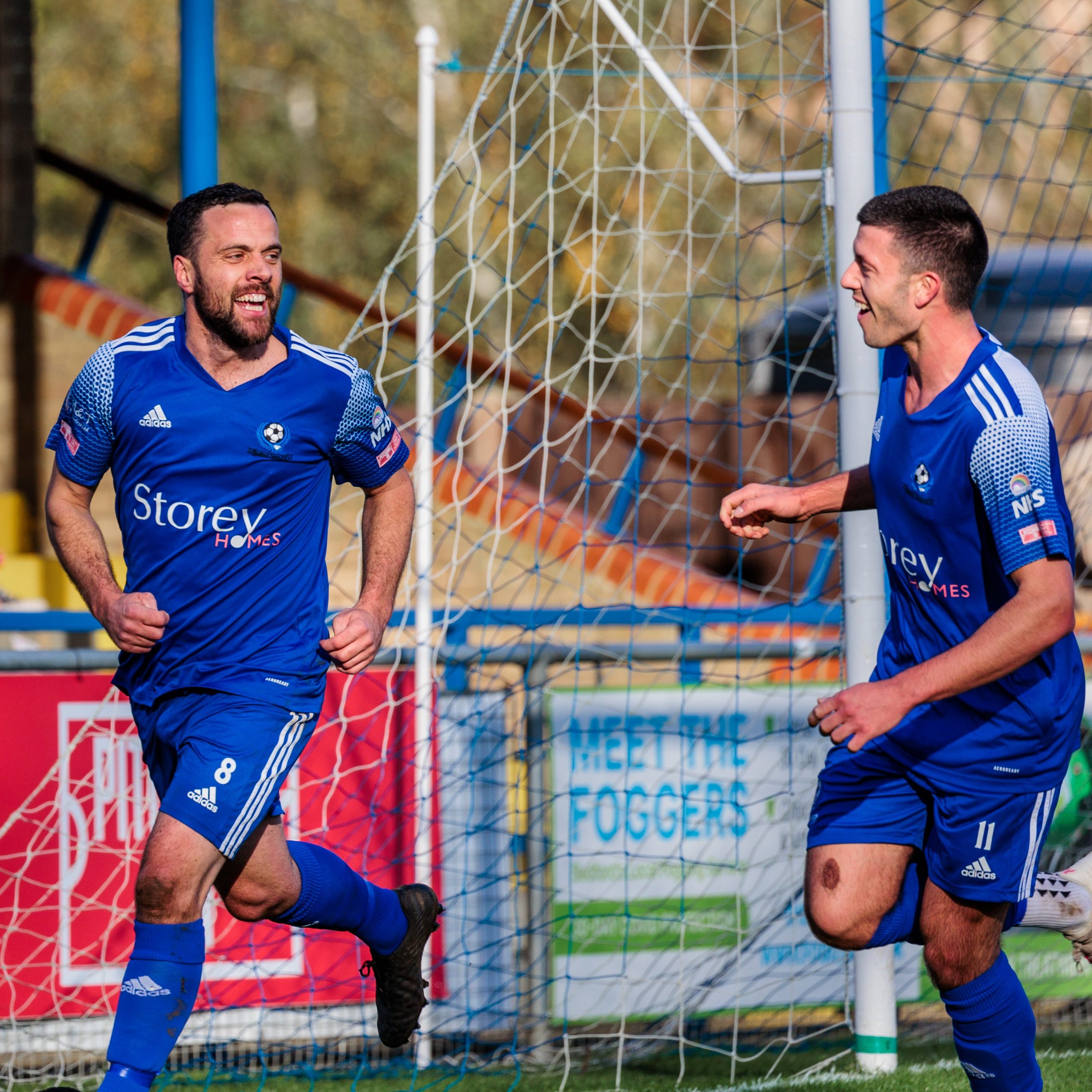 Wingate & Finchley’s reward for knocking out reigning champions Hornchurch is an away tie at Step 4 Hanwell Town.

The Blues beat the holders on penalties after the game finished 1-1. Click here for a roundup of all the weekend’s upset results.

Hanwell were 3-1 winners at Witham Town on Saturday.

Marske will look to carry their form from Saturday into the next round against the higher ranked FC United.

Adam Boyes hit four for Marske on their way to a 7-0 rout of Bridlington Town at the weekend.  With the sides at opposite ends of the NPL East table, a win was perhaps expected.  The result unsurprisingly provided the highest margin of victory in Saturday’s games.

Neil Reynold’s FC United side had a more routine 2-0 win at Runcorn Linnets.

It’s west vs east as two of Saturday’s surprise winners will go head to head in the next round.

Both Marine and Dunston knocked out NPL Premier opposition in South Shields and Bamber Bridge respectively in penalty shootouts.

It’s turning out to be a good season for both clubs, with progress in the Trophy and well in the playoff hunt in their respective leagues.

Plymouth Parkway’s debut season in the competition continues to go from strength to strength.

Having already eliminated Highworth Town and Merthyr Town, they will now go head-to-head with one of non-league’s famous names in Salisbury.

They will again go into the game as underdogs, and will look to Saturday’s 1-0 victory over Merthyr to boost their league form in the Southern Premier D1 South.

Salisbury were 2-1 winners at Gosport Borough in the last round.

Bedford Town will have to knock out higher-ranked opponents once more if they want to progress to the second round.

The Eagles surprised Stafford Rangers on Saturday, but will have to work hard again against an in-form Potters Bar side that are unbeaten in six league games.

Potters Bar were comfortable 2-0 victors over Haringey Borough in the last round.

David Fish’s Mossley side will look to take another NPL Premier scalp as they travel to Whitby Town.

NPL West leaders Mossley dumped local rivals Hyde United out of the competition on Saturday in a 2-1 win.

Whitby were 1-0 winners at Shildon.

Neither side have won the competition, but Mossley made the final in 1980 before ultimately losing to Dagenham.

Jonathan Rimmington’s side whitewashed Scarborough Athletic 4-0 on Saturday despite playing their football a step lower.

Basford - who knocked out Leek Town to get to this stage - enjoyed their most successful run in this competition last season.  They were eventually knocked out by Peterborough Sports in the third round.

That’s just a handful of ties we’re excited about - let us know what you think on social media.

It was a typically dramatic day in the FA Trophy with a ...

Marske United are used to punching above their weight - and manager ...

The third qualifying round for this season’s FA Trophy threw up plenty ...

Wingate & Finchley FC in North London has been awarded funding by ...