It was a typically dramatic day in the FA Trophy with a number of Step 3 sides losing to lower ranked opposition. 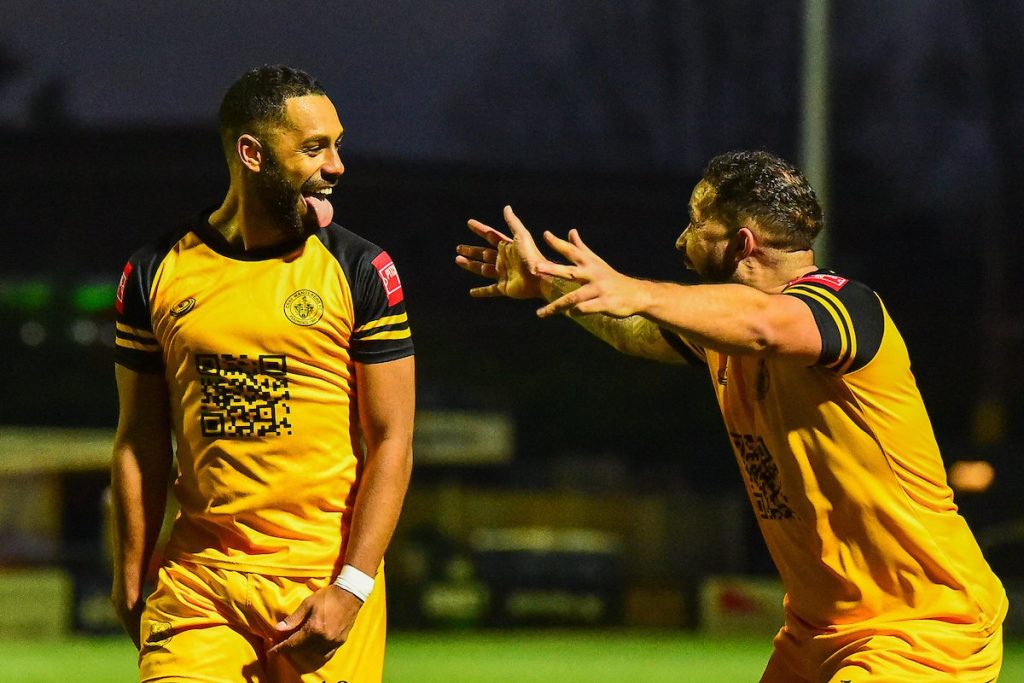 The performance of the day has to be from Uxbridge who trounced Walton Casual 6-2 away from home.

A hat-trick of braces from Ezra Ndukuba, Mahlondo Martin and Juwon Akintunde blitzed the home side, who had taken the lead through Adam Liddle. John Gilbert added a second before half time.

The Stags’ day went from bad to worse after Gilbert was sent off in the final minute.

It’s the first time in ten years that Uxbridge have made the second round, where they eventually lost to now Championship side Luton Town.

Rio Garside opened the scoring to give the home side a half time lead, and added a second after the break.

Billy Palfrey and Mike Landricombe also got themselves on the scoresheet as Steve Claridge’s side had no answer.

Parkway have already knocked out Merthyr Town and Highworth Town to reach this stage.

Anything you can do, I can do… just the same! Northern Premier League East leaders Liversedge and Marske United both knocked out NPL Premier opposition by the odd goal in five.

Liversedge were 3-2 winners over Basford United, with Marske United beating FC United of Manchester by the same scoreline.

Basford had taken an early 2-0 lead through Aaron O’Connor and Marcus Marshall, but were pegged back.  Jack Stockdill and Paul Walker’s goals ensured the sides went in level at half time.

Joe Walton’s last minute winner sealed Liversedge’s place in the second round draw and a cheque for £3,000.

Not to be outdone, Marske had a fantastic start and were 2-0 up after six minutes through Craig Gott and top scorer Adam Boyes.  James Fairley added a third midway through the second half.

Regan Linney and Paul Ennis’ goals ensured a nervy end for Carl Jarrett’s side, but they held on to progress.

Felixstowe fight back to pip Sports

Felixstowe & Walton United came back from a goal down to knock out Peterborough Sports.

Sports took the lead through Ryan Fryatt after five minutes, but Henry Barley levelled the scores.

Zak Brown’s goal five minutes into the second half secured a place in the next round for Stuart Boardley’s side.

Welwyn Garden City remain on track to match their best ever performance in the competition after beating Carshalton Athletic 2-1.

Nick Ironton led the side to the third round last season and goals from Jay Rolfe and Ben Spaul kept them on track for a repeat.

Jordan Cheadle had put the visitors in front within the first ten minutes.

One goal enough for Hanwell Town

Rush lived up to his name, netting after just three minutes.

It’s a low-key exit for Wingate & Finchley, who knocked out reigning champions Hornchurch in the last round.

There was confusion at Bedford Town after the referee abandoned the game late on.  The game was called off with Potters Bar Town 1-0 up with a couple of minutes to play.

Ben Ward-Cochrane’s goal two minutes in looked to have secured a spot in the next round.

Canvey Island were big winners, beating Yaxley 6-0. Jacob Hazel netted a hattrick in Whitby Town’s 5-0 win over Mossley.  Ashton United were too strong for Sutton Coldfield Town, coming away with a 5-1 win.  Matlock Town were 4-0 winners at Rushall Olympic.

AFC Totton sprung the biggest surprise of the day after demolishing Concord ...