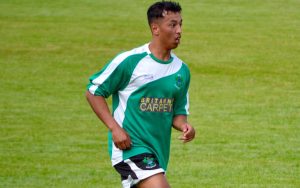 Returning to the club where he once plied his trade, Welsh has linked up with former boss Ray Barnet as part of a joint-managerial venture.

Following his first victory as boss, Welsh took to social media to share a video of the Maine Road players, all belting out Neil Diamond’s ‘Sweet Caroline’.

Football’s latest feel-good anthem perfectly summed up the feeling inside the Maine Road dressing room, after the NWCFL First Division South side had snatched a 92nd-minute winner to sink Worsbrough Bridge in the pair’s FA Vase First Round Qualifying tie.

As the song goes, ‘the good times have never felt so good’ and for Welsh in his first role as a manager, the former Maine Road player is hoping to bring the good times back to the Greater Manchester club.

Having racked up experience as a player across a number of non-league clubs, Welsh needed no invitation to take the leap into management, when he heard the role would be available:

“I’ve always played in leagues above, but I’ve always had in my head from being young that when I do come towards finishing playing, Maine Road is somewhere I would love to go and manage”. 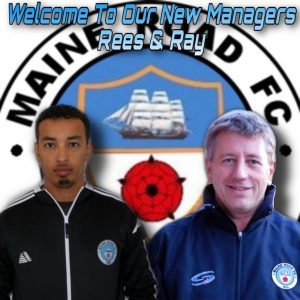 It wasn’t the first time Welsh had been close to taking up the role, as the 32-year-old was interested in taking charge two seasons ago, yet had to settle for the role as head coach instead.

Now the main man in the hot seat, Welsh is keen to bring about a new approach for a club in need of fresh ideas:

“Maine Road are a club that is on my doorstep and I’ve always tried to get down to games whenever I could, so I feel as if I know what will work for the team”.

Well accustomed to each other from their previous spell at the club, Welsh and Barnet may have their differences in coaching philosophies, but they are keen to ensure it does not hamper the Sky Blues’ progression:

“Although we might be different in some areas, it works perfectly in the changing room.”

Finding the right balance will be crucial if the duo are to succeed and Welsh has no problem with making the big decisions:

Welsh believes striking up the right chemistry with Barnet has already happened, but he does admit there is still plenty to learn in the role:

“As much as I have played the game, there is still lots I am learning about management and they are all things Ray has already experienced”.

Welsh Back in the Headlines

A man familiar with the headlines, Welsh was involved in a landmark court case that saw the then-Radcliffe Borough man awarded £135,000 in damages following a badly broken ankle during a 2015 Northern Premier League fixture.

Having since left that saga behind, the Maine Road boss is keen to stamp his own winning mentality on his new side:

“I do intend on bringing a change to the club and having known what the place was like in the past, it hasn’t always felt like a winning club”. 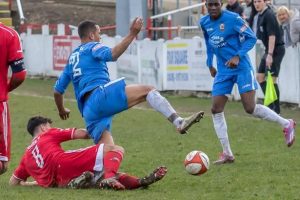 Along with Maine Road and Radcliffe, Welsh has also pulled the shirt on for Salford City amongst others, so he is well accustomed with what it takes to be successful at this level:

“Whether as a player or a manager, I am always going to have a winning mentality and I have seen in the past what does work and what doesn’t work.

“Obviously getting off to that winning start (vs Worsbrough) has been key and any kind of momentum we can take forward will be key”.

No Room For Complacency in New Look Side

Welsh has wasted no time in making changes amongst the Maine Road setup, bringing in a number of new players to the side and the fledgling manager isn’t afraid to shake things up:

“It felt like everyone at the club was quite comfortable in the past, so with the new change of management it’s given everyone the wake-up call needed”. 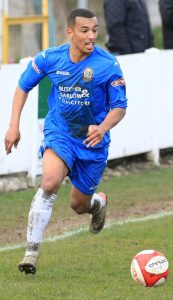 By all accounts, Welsh has worked wonders so far, as the mood within the Sky Blues’ dressing room is as positive as ever before:

“I had lads coming up to me after the win in the FA Vase saying the changing room hasn’t felt like this for seasons and it does feel as if the boys have welcomed the change”.

Welsh will be searching for a second victory as Maine Road boss when his side welcome Ellesmere Rangers to Brantingham Road this weekend, before a tricky test away to Goole FC in the FA Vase Second Round Qualifying.

Barnet succumbed to a disappointing defeat at home to Wealdstone, during a ...